The September 11 Memorial Museum at the World Trade Center site is scheduled to open on May 21.   Given the trauma of the 9/11 attacks, and the trauma brought on the world by the response of the United States, the Memorial Museum is bound to be a historically significant part of the commemoration of this tragic, violent, and sad day in human history.

The Memorial Museum describes itself as: “an educational and historical institution honoring the victims and examining 9/11 and its continued global significance.”

The Memorial Museum has established a website to promote some advanced material, and at least one item in it has many of the scholars involved in studying the legacy of 9/11 deeply concerned. In discussing Bin Laden’s activity leading up to the atrocities of September 11th, the Memorial Museum website states that Bin Laden’s activities “had a significant impact on America’s view of the threat of Islamic terrorism.”

It is doubtlessly true that the attacks of 9/11 have had an impact on America’s view of Islam, and the threat of terrorism.  And there is little reason to doubt that the attacks of 9/11 were carried out by Muslims.   Also true that Bin Laden tried to justify his violent attacks by couching them in Islamic terms.    And yet to speak of them as “Islamic terrorism” is to bestow upon Bin Laden and al-Qaeda the religious legitimacy that they desperately craved—and do not deserve.

One has to be intellectually honest here: Bin Laden was a Muslim, and so were his followers.   The terrorists who carried out the attacks of 9/11 were pathetic Muslims, who spent the last few nights before the attacks in a drunken stupor, visiting nude shops and hiring prostitutes—hardly the model of observant, pious Muslims.

But one has to recognize that the Islamic tradition is a discursive tradition that functions through a cumulative scholarly interpretation, and that tradition has clearly and unambiguously stood against the type of mass collective attacks on non-combatants that al-Qaeda has repeatedly engaged in.

Islamic law does not permit the random, indiscriminate killing of civilians.   It is categorically forbidden.  The Prophet Muhammad himself forbade the killing of women, elderly, civilians, and religious leaders. 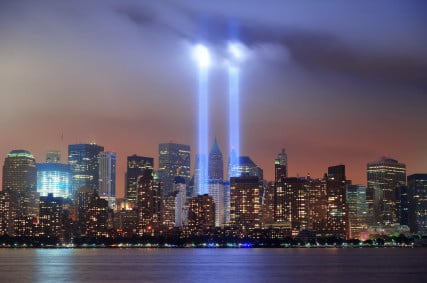 This is not an exercise in “defending” and “saving” a pristine Islam.   It is rather an insistence that the victims of a tragedy should not—ironically—legitimize the attackers by granting them the very legitimacy that they crave—and do not deserve.

One hopes that the 9/11 Memorial Museum does not end up inadvertently legitimizing the very movement that led to the immense suffering on September 11th.

Let us hope and pray that the September 11th Memorial Museum does end up being an institution to provide healing, and shine a light on the path that we as humanity have to walk to seek a better tomorrow.