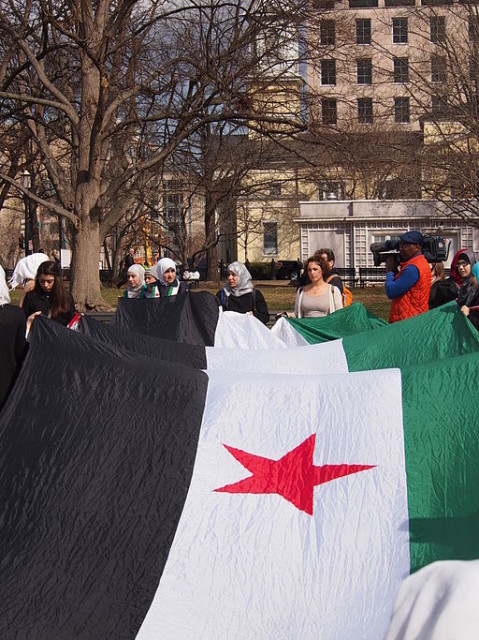 People in Dushanbe, the capital of Tajikistan

USCIRF, an independent watchdog panel created by Congress to review international religious freedom conditions, criticized the government’s unchanged list of CPCs and sanctions against them, claiming such measures have “provided little incentive for CPC-designated governments to reduce or halt egregious violations of religious freedom.”

“The past 10 years have seen a worsening of the already-poor religious freedom environment in Pakistan, a continued dearth of religious freedom in Turkmenistan, backsliding in Vietnam, rising violations in Egypt before and after the Arab Spring, and Syria’s descent into a sectarian civil war with all sides perpetrating egregious religious freedom violations. Yet no new countries have been added to the State Department’s CPC list,” the report states.

USCIRF recommended that the CPC list be expanded to include these countries along with Iraq, Nigeria and Tajikistan. USCIRF’s 2013 report made similar recommendations, with the noteworthy addition this year of Syria.

“Syria was added for the abuses against religious freedom being committed not just by the Assad regime but by all sides in the terrible civil war those people are suffering through,” USCIRF chair Robert P. George said.

“The Syrian crisis has devolved largely into a sectarian conflict,” the report states, citing as evidence the regime’s targeting of Syria’s majority-Sunni Muslim population and extremist opposition groups targeting Christians and Alawites because of their faith. “The existing humanitarian disaster and egregious human rights and religious freedom violations pose a serious danger to Syria’s religious diversity post-conflict.” 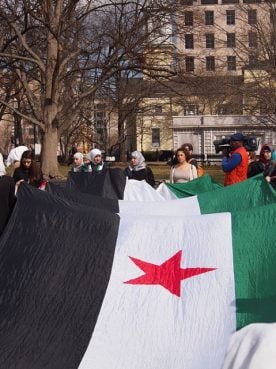 Syrian protest at Lafayette Square in Washington, D.C., in March 2014

USCIRF was created with the 1998 International Religious Freedom Act, which sought to prioritize religious freedom in U.S. foreign policy. IRFA requires the State Department, on behalf of the president, to identify and take action when countries engage in systematic, ongoing, egregious violations of religious freedom.

“A tragedy on many levels, Syria also represents one of the worst situations in the world for religious freedom, yet the IRFA tools are almost irrelevant to address the actions of terrorist organizations fighting a brutal, dictatorial regime or when the longstanding government is no longer seen as the legitimate representative of the Syrian people,” the report states, recommending that IRFA’s tools be updated to better address nonstate violators.

This year’s report recommends that the vacant post of ambassador-at-large for international religious freedom be filled quickly. Suzan Johnson Cook left that role in October. President Obama said he looked forward to nominating the next ambassador-at-large in February. Reports suggest that the administration is vetting candidates, but the position has remained vacant for more than six months.

The report also recommends that the ambassador-at-large have greater access to the secretary of state and that the Office of International Religious Freedom be better-resourced and -staffed.

“Our government’s focus on religious freedom has to some extent been lost. That’s why we’re putting so much emphasis on the need for the nation to refocus on this human right, and we need our leaders to keep that focus constant,” George said.

In addition to its 16 recommended CPCs, USCIRF lists 10 “Tier 2” countries where religious freedom violations are serious but do not fully meet the CPC standard. These countries are Afghanistan, Azerbaijan, Cuba, India, Indonesia, Kazakhstan, Laos, Malaysia, Russia and Turkey.