In January I summarized the U.S. State Department’s “Countries of Particular Concern” — those that severely violate religious freedom rights within their borders. This list has remained static since 2006 and includes Burma, China, Eritrea, Iran, North Korea, Saudi Arabia, Sudan, and Uzbekistan. These countries not only suppress religious expression, they systematically torture and detain people who cross political and social red lines around faith. 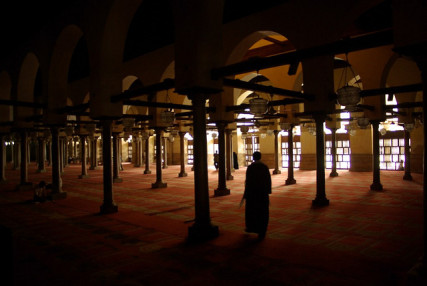 The promise of religious freedom that came with a revised constitution and ousted Islamist president last year has yet to transpire. An increasing number of dissident Sunnis, Coptic Christians, Shiite Muslims, atheists and other religious minorities are being arrested for “ridiculing or insulting heavenly religions or inciting sectarian strife” under the country’s blasphemy law. Attacks against these groups are seldom investigated. Freedom of belief is theoretically “absolute” in the new constitution approved in January, but only for Muslims, Christians and Jews. Baha’is are considered apostates, denied state identity cards and banned from engaging in public religious activities, as are Jehovah’s Witnesses. Egyptian courts sentenced 529 Islamist supporters to death in March and another 683 in April, though most of the March sentences have been commuted to life in prison. Courts also recently upheld the five-year prison sentence of writer Karam Saber, who allegedly committed blasphemy in his work. 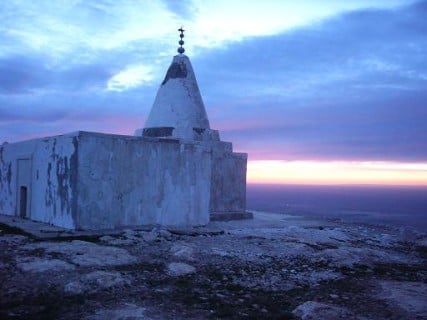 Iraq’s constitution guarantees religious freedom, but the government has largely failed to prevent religiously-motivated sectarian attacks. About two-thirds of Iraqi residents identify as Shiite and one-third as Sunni. Christians, Yezidis, Sabean-Mandaeans and other faith groups are dwindling as these minorities and atheists flee the country amid discrimination, persecution and fear. Baha’is, long considered apostates, are banned, as are followers of Wahhabism. Sunni-Shia tensions have been exacerbated recently by the crisis in neighboring Syria and extremist attacks against religious pilgrims on religious holidays. A proposed personal status law favoring Shiism is expected to deepen divisions if passed and has been heavily criticized for allowing girls to marry as young as nine. Nigeria is roughly divided north-south between Islam and Christianity with a sprinkling of indigenous faiths throughout. Sectarian tensions along these geographic lines are further complicated by ethnic, political and economic divisions. Laws in Nigeria protect religious freedom, but rule of law is severely lacking. As a result, the government has failed to stop Islamist group Boko Haram from terrorizing and methodically slaughtering Christians and Muslim critics. An estimated 16,000 people have been killed and many houses of worship destroyed in the past 15 years as a result of violence between Christians and Muslims. The vast majority of these crimes have gone unpunished. Christians in Muslim-majority northern states regularly complain of discrimination in the spheres of education, employment, land ownership and media. 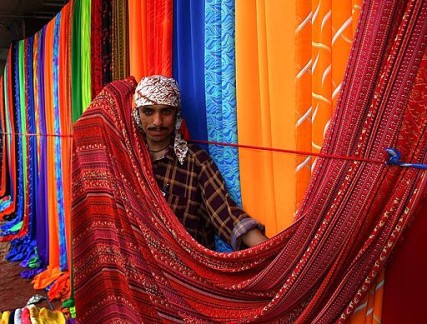 Sunday textile market on the sidewalks of Karachi, Pakistan.

Pakistan’s record on religious freedom is dismal. Harsh anti-blasphemy laws are regularly evoked to settle personal and communal scores. Although no one has been executed for blasphemy in the past 25 years, dozens charged with the crime have fallen victim to vigilantism with impunity. Violent extremists from among Pakistan’s Taliban and Sunni Muslim majority regularly target the country’s many religious minorities, which include Shiites, Sufis, Christians, Hindus, Zoroastrians, Sikhs, Buddhists and Baha’is. Ahmadis are considered heretics and are prevented from identifying as Muslim, as the case of British Ahmadi Masud Ahmad made all too clear in recent months. Ahmadis are politically disenfranchised and Hindu marriages are not state-recognized. Laws must be consistent with Islam, the state religion, and freedom of expression is constitutionally “subject to any reasonable restrictions imposed by law in the interest of the glory of Islam,” fostering a culture of self-censorship.

People in Dushanbe, the capital of Tajikistan.

Religious freedom has rapidly deteriorated since Tajikistan’s 2009 religion law severely curtailed free exercise. Muslims, who represent 90 percent of the population, are heavily monitored and restricted in terms of education, dress, pilgrimage participation, imam selection and sermon content. All religious groups must register with the government. Proselytizing and private religious education are forbidden, minors are banned from participating in most religious activities and Muslim women face many restrictions on communal worship. Jehovah’s Witnesses have been banned from the country since 2007 for their conscientious objection to military service, as have several other religious groups. Hundreds of unregistered mosques have been closed in recent years, and “inappropriate” religious texts are regularly confiscated.

The religious freedom situation in Turkmenistan is similar to that of Tajikistan but worse due to the country’s extraordinary political isolation and government repression. Turkmenistan’s constitution guarantees religious freedom, but many laws, most notably the 2003 religion law, contradict these provisions. All religious organizations must register with the government and remain subject to raids and harassment even if approved. Shiite Muslim groups, Protestant groups and Jehovah’s Witnesses have all had their registration applications denied in recent years. Private worship is forbidden and foreign travel for pilgrimages and religious education are greatly restricted. The government hires and fires clergy, censors religious texts, and fines and imprisons believers for their convictions.

A ceremony at a temple in Vietnam.

Vietnam’s government uses vague national security laws to suppress religious freedom and freedom of expression as a means of maintaining its authority and control. A 2005 decree warns that “abuse” of religious freedom “to undermine the country’s peace, independence, and unity” is illegal and that religious activities must not “negatively affect the cultural traditions of the nation.” Religious diversity is high in Vietnam, with half the population claiming some form of Buddhism and the rest identifying as Catholic, Hoa Hao, Cao Dai, Protestant, Muslim or with other small faith and non-religious communities. Religious groups that register with the government are allowed to grow but are closely monitored by specialized police forces, who employ violence and intimidation to repress unregistered groups. A man rests at the Umayyad Mosque, also known as the Great Mosque of Damascus, one of the largest and oldest mosques in the world.

The ongoing Syrian crisis is now being fought along sectarian lines, greatly diminishing religious freedom in the country. President Bashar al-Assad’s forces, aligned with Hezbollah and Shabiha, have targeted Syria’s majority-Sunni Muslim population with religiously-divisive rhetoric and attacks. Extremist groups on the other side, including al-Qaeda and the Islamic State of Iraq and the Levant (ISIL), have targeted Christians and Alawites in their fight for an Islamic state devoid of religious tolerance or diversity. Many Syrians choose their allegiances based on their families’ faith in order to survive. It’s important to note that all human rights, not just religious freedom, are suffering in Syria and in neighboring refugee camps. In quieter times, proselytizing, conversion from Islam and some interfaith marriages are restricted, and all religious groups must officially register with the government.

Opinion
How American couples’ ‘inter-Hindu’ marriages are changing the faith
Follow us on Facebook!
Submit your photos to RNS