At its core, freedom of religion or belief requires freedom of expression. Both fundamental rights are protected in the Universal Declaration of Human Rights, yet nearly half of all countries penalize blasphemy, apostasy or defamation of religion. In 13 countries, atheists can be put to death for their lack of belief. 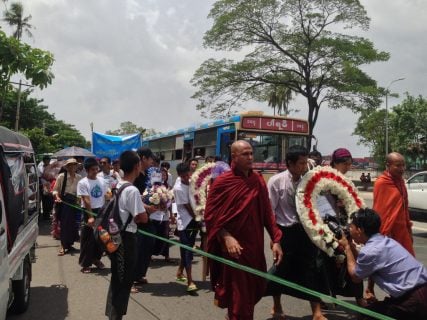 The U.S. State Department names and shames eight “Countries of Particular Concern” that severely violate religious freedom rights within their borders. These countries not only suppress religious expression, they systematically torture and detain people who cross political and social red lines around faith. The worst of the worst are:

Burma’s population is 90 percent Theravada Buddhist, a faith the government embraces and promotes over Christianity, Islam and Hinduism. Minority populations that adhere to these and other faiths are denied building permits, banned from proselytizing and pressured to convert to the majority faith. Religious groups must register with the government, and Burmese citizens must list their faith on official documents. Burma’s constitution provides for limited religious freedom, but individual laws and government officials actively restrict it. Most at risk in Burma are Rohingya Muslims, 240 of whom were killed this year in clashes with Buddhist mobs. Burma has refused to grant citizenship to 800,000 Rohingya, 240,000 of whom have fled their homes in recent clashes.

The ruling Chinese Communist Party is officially an atheist organisation. China’s constitution provides for freedom of religious belief, but the government actively restricts any religious expression that could potentially undermine its authority. Only five religious groups — Buddhists, Taoists, Muslims, Catholics and Protestants — can register with the government and legally hold services. Adherents of unregistered faiths and folk religions often worship illegally and in secret. Uighur Muslims, Tibetan Buddhists and Falun Gong practitioners have faced particularly severe repression in recent years, including forced conversion, torture and imprisonment. Participants at the Eritrea vigil in London on May 17, 2010 protesting against the Eritrean government religious policies and denouncing 10 years of brutal clampdown on Christians.

The Eritrean government only recognizes four religious groups: the Eritrean Orthodox Church, Sunni Islam, the Roman Catholic Church, and the Evangelical Lutheran Church of Eritrea. These groups enjoy limited religious freedom while adherents of other faiths face harassment and imprisonment. Religious persecution in Eritrea is generally driven by government rather than social concerns. Jehovah’s Witnesses and other conscientious objectors who refuse to enroll in compulsory military training are subject to physical abuse, detention and hard labour. People of non-recognized religions are barred from congregating in disused houses of worship and have trouble obtaining passports or visas to exit the country.

Iran’s constitution offers some religious freedom rights for recognized sects of Islam along with Christians, Jews and Zoroastrians. Baha’is, who the government considers apostates and labels a “political sect,” are excluded from these limited protections and are systematically discriminated against through gozinesh provisions, which limit their access to employment, education and housing. Evangelical Christians and other faith groups face persecution for violating bans on proselytizing. Religious minorities have been charged in recent years and imprisoned in harsh conditions for committing “enmity against God” and spreading “anti-Islamic propaganda.” Government-controlled media regularly attack Baha’is, Jews and other minority faiths to amplify social hostilities against them.

North Korea’s constitution guarantees religious freedom, but this right is far from upheld. The state is officially atheist. Author John Sweeney says the country is “seized by a political religion” and that it considers established religious traditions a threat to state unity and control. North Korea allow for government-sponsored Christian and Buddhist religious organizations to operate and build houses of worship, but political analysts suspect this “concession” is for the sake of external propaganda. A Christian group says it dropped  50,000 Bibles over North Korea over the past year. If caught with one, citizens face imprisonment, torture or even death. Given the government’s extreme control over the flow of reliable information, it is difficult to determine the true extent of religious persecution in North Korea. Saudi Arabia’s constitution is not a standalone document. It is comprised of the Quran and sayings of the Prophet Muhammad, which do not include religious freedom guarantees as spelled out in Article 18 of the Universal Declaration of Human Rights. In Saudi, it is illegal to publicly practice any faith other than the state’s official religion Sunni Islam. Members of other faiths can worship privately, but non-Muslim houses of worship may not be built. The Committee for the Promotion of Virtue and Prevention of Vice, otherwise known as Saudi’s morality or religious police, enforce Shariah law on the streets. Apostasy and blasphemy against Sunni Islam can be punished by death, as several high-profile Twitter cases have reminded global media in recent years.

Sudan’s interim constitution partially protects religious freedom but restricts apostasy, blasphemy and defamation of Islam. Muslim women are also prevented from marrying non-Muslim men. The country’s vaguely worded apostasy law discourages proselytizing of non-Muslim faiths. Christian South Sudanese living in Sudan are subject to harassment and intimidation by government agents and society at large, but untangling the religious and ethnic motivations for this persecution can be difficult. Muslims generally enjoy social, legal and economic privileges denied to the Christian minority population. Government authorities have reportedly destroyed churches in recent years, and Christian groups have reportedly been subject to disproportionate taxes and delays in building new houses of worship. 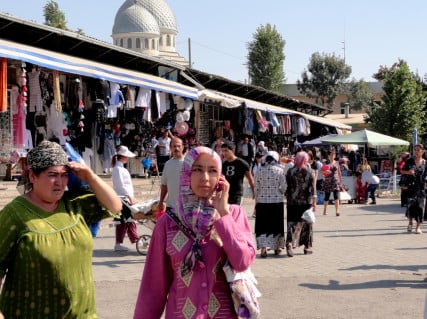 Proselytizing is prohibited in Uzbekistan, and religious groups must undergo a burdensome registration process with the government to enjoy what limited religious freedom is permitted in the country. More than 2,000 religious groups have registered with the government, the vast majority of which are Muslim but also include Jewish, Catholic and other Christian communities. Registered and unregistered groups are sometimes subject to raids, during which holy books have been destroyed. Individuals and groups deemed “extremist,” often for national security concerns rather than specific aspects of their faith, are imprisoned under harsh conditions and tortured, sometimes to death.

This article was also published at indexoncensorship.org.