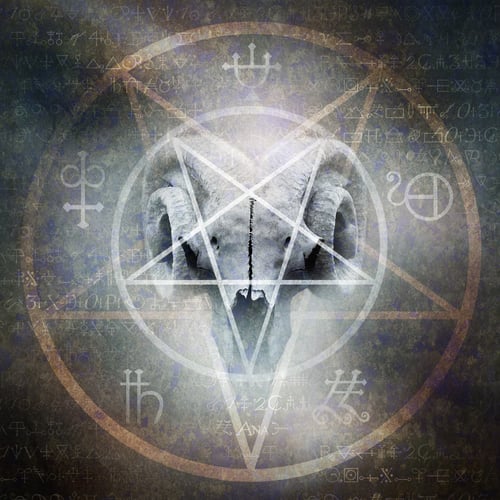 Black mass montage of occult goat skull overlaid with a Satanic pentagram against a grunge texture background of alchemy symbols.
May 12, 2014
Chris Stedman

Black mass montage of occult goat skull overlaid with a Satanic pentagram against a grunge texture background of alchemy symbols.

When I first heard about the planned “Black Mass” reenactment at Harvard Extension School, scheduled for tonight (Monday), I had mixed feelings. (Update: Organizers have announced they are moving the event to an off-campus site.)

I am an atheist and an advocate of free expression. But as a member of the Harvard community, this event troubles me—and it raises concerns about the selective ways in which we support free speech.

The Cultural Studies Club at Harvard Extension School has argued that the reenactment, led by the New York-based Satanic Temple, is intended to be educational: “Our purpose is not to denigrate any religion or faith, which would be repugnant to our educational purposes, but instead to learn and experience the history of different cultural practices.”

This event, however, is not merely a “different cultural practice.” It is designed to specifically parody and mock a sacred Catholic ritual.

As a Harvard chaplain working to support students of all religious and nonreligious identities, I can’t help but think of the many Catholic friends and social justice activists who have inspired me. Though one could argue the “Black Mass” is a sincerely practiced Satanic ritual, it also clearly targets Catholicism.

It should be no surprise, then, that Catholics at Harvard and beyond are concerned—as are many of us with Catholic friends and colleagues, myself included.

On the other hand, I’m resolutely committed to free expression. The right to freedom of speech—even speech that deeply offends—is essential. As a queer atheist, I’ve been the target of numerous attacks on my most central beliefs and my very personhood. Yet I understand that just as I must be free to condemn such speech, others must be free to offer it.

After listening to arguments for and against the planned "Black Mass," I wasn’t sure how to respond—but then I spoke with an atheist friend who is also a former Catholic. She said that she thinks the Cultural Studies Club should certainly be allowed to host this event. But she also said that, even as an atheist, it feels like an attack on her Catholic family members and friends.

So I asked myself: How would I respond if this were a ceremony designed to mock the sincerely held beliefs, practices, or identities of another group? How would I feel if it were a "Black Seder" instead of a "Black Mass"? What if this were a ritual mocking a same-sex wedding ceremony? The sense of liberation an atheist feels when she can speak openly about her skepticism? A Muslim call to prayer?

Would I react in the same manner?

It is a difficult question that evades an easy answer.

I don’t mean to equate Catholicism with Islam, LGBTQ (lesbian, gay, bisexual, transgender, and queer) identity, atheism, Judaism, or any other identity or worldview. Muslims, Jews, Catholics, LGBTQ people, and atheists have historically experienced very different kinds of oppression and prejudice, and continue to today.

Rather, I’d like to invite all involved to consider how we sometimes unintentionally approach freedom of speech issues selectively, depending on the things that we care about—revealing our own biases in the process.

Ultimately, we cannot succumb to the desire to shut down free speech. But instead of immediately waving away concerns, we should also confront the sincerity behind both the “Black Mass”—and the responses to it.

Is there a genuine moral intent behind what appears to be a mockery of a practice that connects and strengthens many Catholics?

How should we approach practices that specifically target another community?

If this event is intended to educate, provoke discussion, and challenge religious ideas, is there another way to do so that invites critical thinking and conversation, rather than inciting suspicion and distrust between communities?

In other words, this situation is far too complicated for anyone to respond to the genuine offense of a group by simply saying, “Sorry, but freedom of speech.”

I’m heartened that most of the responses from the Harvard community haven’t called for the administration to intervene and cancel the event, or simply dismissed the concerns of Catholic members of our community—but have instead called for an expanded and inclusive dialogue. In a statement, Harvard President Drew Faust said, “I plan… to demonstrate that the most powerful response to offensive speech is not censorship, but reasoned discourse and robust dissent.”

Perhaps this incident will inspire diverse groups to meet with one another and openly discuss their disagreements and differences. I suspect that a conversation between Catholics, Satanists, and others could very well be more constructive than an event mocking a sincerely practiced Catholic ritual behind closed doors.

But then again, no issue concerning religious freedom and free expression is black and white—not even a “Black Mass.”