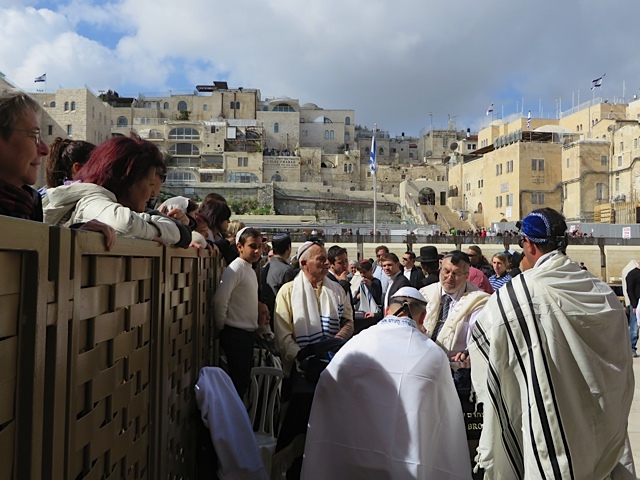 Women watching a bar mitvah from behind a wall next to the Western Wall in Jerusalem.
June 5, 2014
Brian Pellot

The Levant is a land marred by both physical and social divides.

On a recent trip to the region I drove past walls separating Israel from the West Bank and saw the electric fences that split Israeli settlements from Palestinian developments. I stood on the Lebanese border peering into a town I once visited on the other side and overlooked Syria where the awful sounds of war wafted through rusty barbed wire.

I also visited Jerusalem’s Western Wall, a site of Jewish worship, below Temple Mount, where only Muslims are permitted to pray. 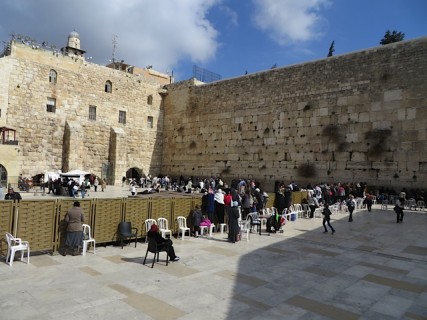 The significance of these barriers varies drastically depending on who you ask. Some Palestinians call the line between Israel and the West Bank an apartheid wall, most reporters call it a separation barrier, and most Israelis I spoke to call it a security fence. Maps of the West Bank are covered with an overwhelming array of multicolored polka dots that represent the region’s ever-changing politics. Not even the Western Wall’s division is simple.

A wooden fence splits the holy site’s craggy face in two. People of all faiths can visit and touch the wall, but men and women must not mix. 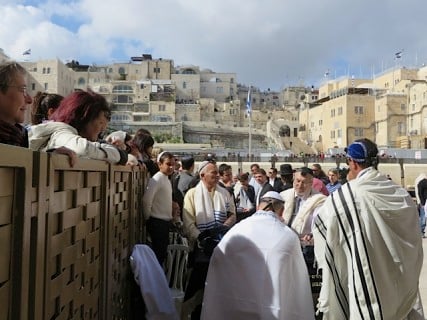 Women watching a bar mitvah from behind a wall next to the Western Wall in Jerusalem.

On one side of the fence, men carry Torah scrolls and conduct bar mitzvahs. On the other side, women teeter on plastic chairs to snap photos of the rituals and celebrations they’re barred from joining.

Women who identify with the Liberal and Reform traditions of Judaism, who could normally participate in their brothers’ and sons’ bar mitzvahs, are shoved to the sidelines. This wooden fence serves as a potent reminder of the second-class status most women endure in the region.

As below, so above, where women and men cannot pray side-by-side on Temple Mount because Islam has been interpreted to bar such mingling of the sexes. 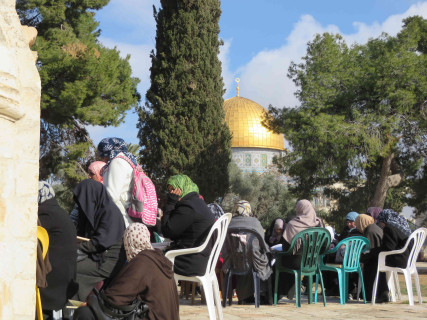 These gender walls, both literal and figurative, are so entrenched in Jerusalem and the broader region that no solution to the geopolitical conflicts, no matter how miraculous, will tear them down.

A female politician in Tel Aviv told me that women in Israel are living in three different centuries:

Some live with all the modern conveniences and concerns of the 21st century, some are struggling with hangover issues from the 20th century including equal pay and speaking out about sexual harassment, and some are still living in the 10th century with strict gender divisions among ultra-Orthodox communities and polygamy in some of the Bedouin Muslim societies.

As Israel modernizes, the Jewish ultra-Orthodox society continues to erect higher social walls. It’s the mark of a threatened society. 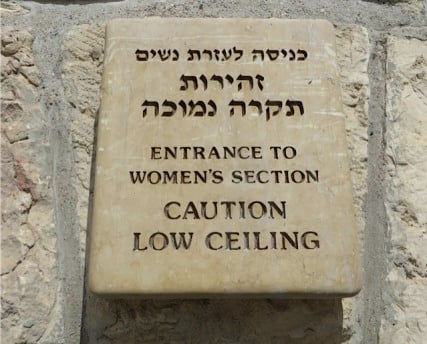 For more than two decades, the multi-denominational group Women of the Wall has worked to tear down these barriers, or to at least establish mixed-gender spaces where men and women can worship together and where women can sing, carry Torahs and wear traditionally male religious garments in front of the Western Wall.

After years of civil disobedience and many arrests, a judge ruled last year that the group’s controversial prayer gatherings were not illegal. Now a mixed-gender prayer space is being established in front of the wall where women and men can worship side-by-side. Rather than operating like an Orthodox synagogue, this new section will be treated like a public space.

Whereas politics now mostly divide Israelis and Palestinians in the region, men and women seem more separated by religion and social norms. Men praying at the Western Wall

Gender and sex barriers like those at the Western Wall restrict religious freedom across the Levant and in much of the world. When states restrict women in the name of religion, they limit their economic, education and employment opportunities, ultimately curbing their freedom of expression.

Religion and tradition should not be used to justify such discrimination. One female member of the Israel Defense Forces I spoke with relayed the common trope that religious women need to be protected from the outside influences of the army whereas men have a religious and national duty to serve. “Protecting” women against their will is the same as oppressing them. Until men and women are treated equally, no political solution to the region’s conflicts will bring about true and lasting peace.