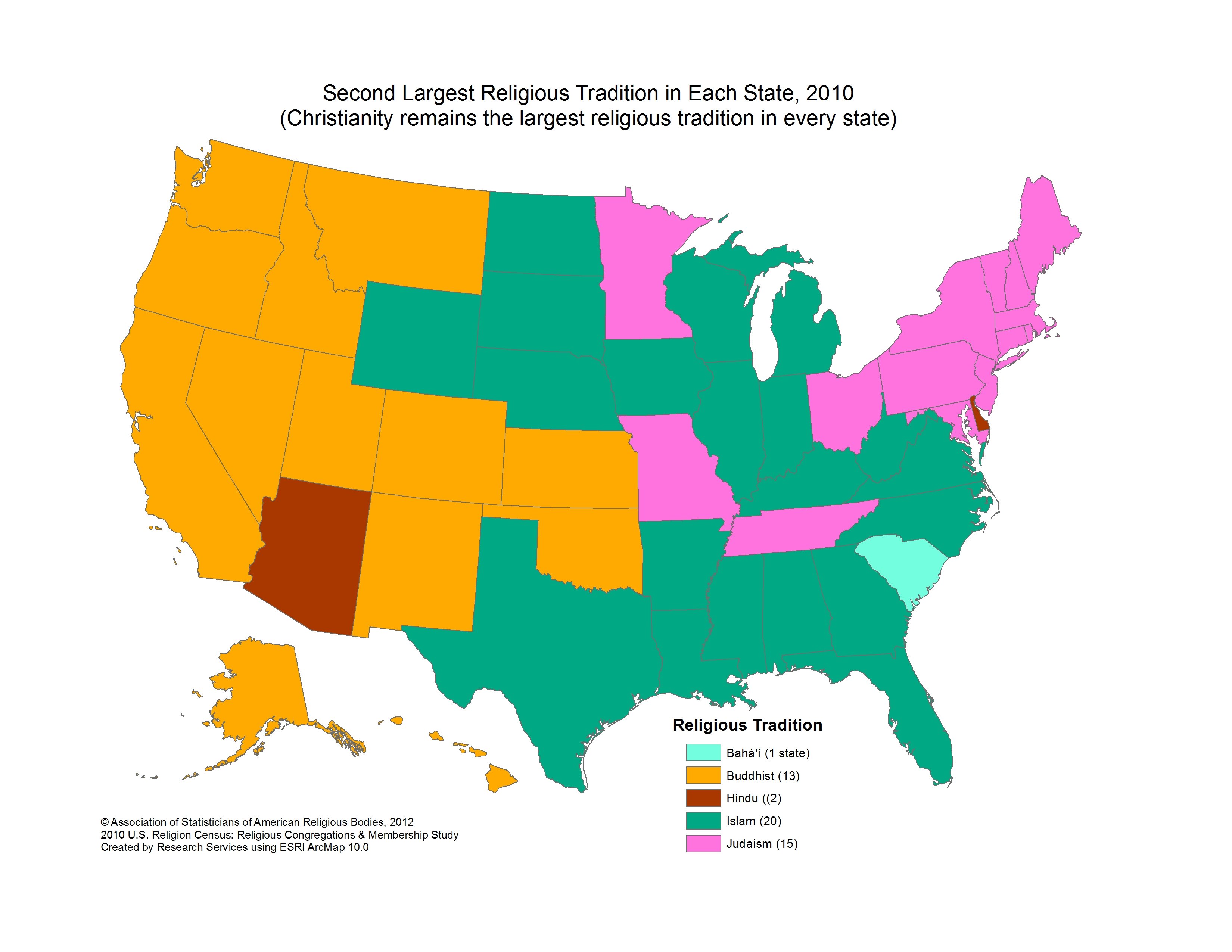 The other day the Washington Post posted an amazing map showing the second most populous religious tradition in each of the 50 states. Imagine, after Christianity it’s Baha’is in South Carolina, Hindus in Arizona and Delaware, and Muslims in Florida and Illinois.

The only trouble is that none of the above is true.

How do I know this? The map comes from the 2010 U.S. Religious Census taken by the Association of Statisticians of American Religious Bodies. The Religious Census is based on self-reporting by religious bodies, a means of data collection that, depending on the body, ranges from highly accurate to wildly conjectural and self-serving. It is, in the aggregate, far less accurate than large random phone surveys that ask individuals to give their religious identity.

And so on. Altogether, Jews come in second in at least half the states (not 15); Muslims, in at most a dozen (not 20), and Buddhists, in the remainder (throughout most of the West). The reason for the principal discrepancy (between Jews and Muslims) is that the U.S. Religious Census relies on reports of actual synagogue membership, and many self-identified Jews don’t belong to synagogues; while the reporting Muslim bodies provide estimates of mosque membership.

In any case, it’s worth bearing in mind how small a place the non-Christian traditions occupy in American society as a whole — less than five percent in toto. Two percent are Jews, with the rest ranging from one percent down.

By far the largest non-Christian group in American society is composed of those who disclaim any religious identity. These self-identified Nones now represent roughly 20 percent of the adult population.