Catholics and sexual abuse survivors protest in front of the Cathedral Basilica of Saint Louis on June 11, 2014. The group gathered in response to a deposition given by St. Louis Archbishop Robert Carlson, who said he was uncertain if he knew when he was auxiliary bishop in the Archdiocese of St. Paul and Minneapolis that sexual abuse was a crime.

(RNS) When victims of sexual abuse by Catholic priests first organized into a small band of volunteer activists in the late 1980s, reports of clergy molesting children were still new and relatively few. Most were minimized as anomalies or dismissed altogether — much the way the victims were.

But today, as the Survivors Network of those Abused by Priests, or SNAP, marks its 25th anniversary at a conference in Chicago (Aug. 1-3), its members can take satisfaction in seeing that its claims have been validated, and a few (though hardly all) of its recommendations have been implemented by the church hierarchy.

And instead of facing constant verbal attacks and the occasional angry parishioner spitting on them at a protest, SNAP’s members today are far more likely to receive a handshake and a word of thanks, and maybe even a donation.

SNAP’s advocacy on the Catholic scandal also helped push the reality of sexual abuse into the public consciousness to the point that victims can regularly win in courts and get a hearing in the media, and they are much more likely to come forward to tell their stories, whether they were abused by clergy or by athletic coaches or Boy Scout leaders.

Yet that success is also presenting SNAP with a daunting new challenge as it looks to the future: how to respond to a flood of new inquiries from victims from other faiths and institutions, and how to push for changes beyond the familiar precincts of the Catholic Church. 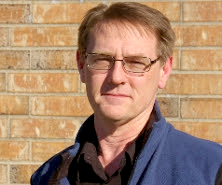 David Clohessy is the Missouri-based national director and spokesman for the Survivors Network of those Abused by Priests.

“We are continuing to grow, and more of the growth is coming overseas and in non-Catholic institutional abuse, mostly religious institutions but a surprising number of secular ones as well,” said David Clohessy, SNAP’s national director.

The appeals for help from SNAP have increased so much — from students abused by teachers to victims of former Penn State football coach Jerry Sandusky — that SNAP has set up chapters specifically for victims from non-Catholic churches and for those who were abused in the Boy Scouts or on mission trips.

“There’s no question that the response of Catholic victims has empowered victims in other denominations and other groups,” said the Rev. Thomas Doyle, a Dominican priest and canon lawyer who has been one of the most outspoken champions of the victims, and a vocal critic of the hierarchy.

“They turn to SNAP because SNAP is internationally known,” he said. While  advocacy groups for other communities — such as the Eastern Orthodox or Jehovah’s Witnesses or Baptists — have sprung up, “none of them are in SNAP’s league,” he said.

Yet that success also brings new hurdles, such as figuring out the power dynamics and pressure points of religious and secular groups that are organized far differently from the Catholic Church.

Indeed, even some of SNAP’s strongest supporters wonder whether the group needs to recalibrate an approach that they say is so uncompromising that it can be counterproductive.

Clohessy, who was abused by a priest as a child and whose own brother was accused of abuse before leaving the priesthood, said outsiders find it hard to appreciate how much SNAP’s hard-line posture is driven by the experience of abuse, and the knowledge that abuse continues.

“I’m sure we could be more effective, somehow,” said Clohessy, 58. But, he added, “we do an incredible disservice to kids when we repeatedly give church officials every possible benefit of the doubt.”

For SNAP’s members, it is not strategy as much as money that remains the overriding concern.

“It never feels (financially) stable enough by any stretch,” Clohessy said. “And it feels especially inadequate as we try to grow internationally. It’s always been a struggle, likely always will be a struggle.”

In fact, SNAP has always had something of a roller-coaster existence.

The group began life in the late 1980s, a few years after stories by the National Catholic Reporter and Jason Berry’s reporting on abusive clerics in Louisiana began to pull back the veil of secrecy on the sexual abuse of children by Catholic clergy. 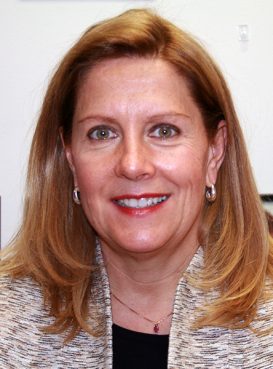 Barbara Blaine is founder and president of SNAP, the Survivors Network of those Abused by Priests.

As the reports came to light, Barbara Blaine, a lawyer and social worker who had been molested by a priest when she was growing up in Toledo, Ohio, started contacting as many other victims as she could find, posting ads and asking prosecutors and attorneys to put her in touch with other victims.

SNAP soon developed a core membership of a few thousand people, mainly victims, who met in small support groups while also trying to push the issue onto the public agenda. It was a tough slog in the face of public indifference or outright hostility.

Then in January 2002, The Boston Globe began its groundbreaking series of exposes on the widespread abuse of children by priests in the Boston archdiocese, and the cover-up by bishops. The story caught fire and led to similar revelations across the nation and to an unprecedented level of media coverage, prosecutions, lawsuits and billions in payouts by dioceses.

SNAP’s membership took off, and now stands at more than 19,000, with 60 chapters around the U.S. and eight overseas. In mid-2002 Clohessy was hired as the group’s first paid staffer, and Blaine, the president, was the second; there is now another full-time staff person, as well as two part-time administrators and myriad volunteers.

The problem is that SNAP’s annual revenue record looks like a bad fever chart.

Starting in 2002, annual revenues spiked from next to nothing and then approached $1 million in 2006, much of it in the form of donations from victims who settled abuse lawsuits. But donations fluctuated widely after that, including a decade-low of about $350,000 in 2010 when SNAP was facing a series of costly legal challenges from Catholic bishops in Missouri.

Today SNAP is focused on trying to steady the donation stream so it can more effectively address the new demands from different venues.

But not everyone is convinced that SNAP should be so quick to pivot away from its traditional Catholic focus.

Berry, the muckraking journalist who will keynote SNAP’s conference this weekend, said the group is making a mistake by not taking taking up Pope Francis’ offer to engage the Vatican on serious structural reforms that could fulfill many of SNAP’s outstanding demands.

“I think SNAP does itself a disservice by constantly criticizing (Francis) and saying nothing’s changed,” Berry said, noting that SNAP dismissed Francis’ meeting with abuse victims in June as “self-serving” and “public relations.”

Berry said “there is a risk in becoming an ecumenical abuse survivors movement” because that can “dilute their focus” at a critical juncture.

“The crossroads where they stand now has less to do with branching out in an ecumenical sense — laudable and important as that may be — than having a clearer sense of driving the change in the Catholic Church. That involves learning how to negotiate, and that’s not exactly part of their skill set.”