(RNS) Pope Francis’ announcement this week that he would meet with victims of sexual abuse by priests is dividing victim advocates, with some dismissing the move as “meaningless” and others endorsing it as a positive step, albeit taken belatedly and under pressure.

“A welcome and overdue change,” said Anne Barrett Doyle of BishopAccountability.org, a prominent activist pushing the Catholic Church to overhaul its policies and practices on clergy abuse.

“Good to hear Pope Francis speak out and meet survivors,” tweeted Marie Collins, an abuse victim whom Francis named to a Vatican commission to promote reforms, on hearing that the pope compared clergy abuse to a priest celebrating a black Mass.

But others said Francis’ first-ever encounter with victims — and his pledge for “zero tolerance” for abusive clerics of any rank — was simply stagecraft aimed at distracting the public from what they say are the pope’s larger failures to address the abuse crisis. 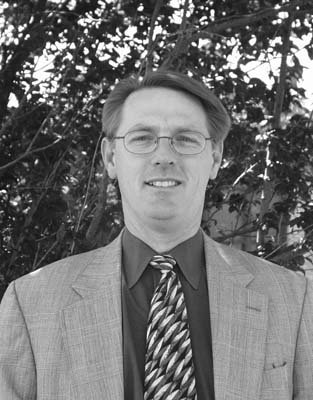 David Clohessy is national director of SNAP, the Survivors Network of those Abused by Priests. Photo courtesy of David Clohessy

“His upcoming and self-serving meeting with victims is more of what we’ve seen for decades — more gestures, promises, symbolism and public relations,” Joelle Casteix of the Survivors Network of those Abused by Priests, or SNAP, said in a statement shortly after Francis announced the meeting during an in-flight press conference Monday night (May 26) on his return from a visit to the Holy Land.

Francis initially said that the meeting would take place in early June, but Vatican officials later said it’s not clear when it will take place, though it is expected to happen in the next few months.

In an interview the day after Francis’ announcement, SNAP’s David Clohessy reiterated his view that the meeting will actually hurt efforts to force the church to reform because it will be all window dressing.

“I would challenge anyone to point to a single tangible sign of progress that has emerged from any of these meetings,” Clohessy said, citing Pope Emeritus Benedict XVI’s various encounters with victims as well as other meetings between victims and church leaders.

Clohessy said he would not try to stop victims who might be invited by Rome from joining the meeting at the Vatican, but he said they should be prepared to feel betrayed by the church once again.

Bernie McDaid, the founder of Survivors Voice, seemed to echo that view. McDaid was one of four clergy abuse victims who met with Benedict in Washington in 2008; he called that meeting “weird” and this week told The Associated Press he thinks the meeting with Francis will be a “dog-and-pony show.”

“I believe it’s always going to be church first, children second,” said McDaid, who has not been invited.

Are these contrasting responses simply differing tactics that can lead to the same end — justice for victims and reforms in the church — or do they represent deeper divisions that could undermine the cause just as it could be chalking up its biggest victories?

“We are not at all uncomfortable with being the voice that says, ‘Slow down, think it through,’” Clohessy said. “No, I don’t think it’s a problem.”

But Thomas Doyle, a priest and canon lawyer who has been one of the most outspoken critics of the church’s record on abuse, said that while he understands the hesitancy of SNAP and many victims , he is “somewhat hopeful” that things are changing under Francis, even though Doyle harbors no illusions about the institutional church.

“It’s worth the risk” — to meet church leaders such as the pope — “because you never know when something is going to change,” said Doyle, who has counseled many victims.

“I’ve seen enough difference in the present pope to think that possibly he’s thinking for himself and will get beyond the other input he’s getting (from Vatican insiders) and will possibly do something constructive.”

But the ambivalence among victims themselves may be a big hurdle to pulling off a successful meeting.

When the Vatican approached Collins about joining a blue-ribbon panel that Francis set up in March to set an agenda for abuse reform, she agonized over whether to accept.

She emailed Doyle and asked if he would “think less of her” if she said yes and worried that she “would appear to be a traitor.” Doyle’s response: “Absolutely not. Do it!”

Collins said that after accepting the pope’s invitation, she received both support from fellow victims as well as criticism from those who see the commission as “a sham and my inclusion as part of a public relations stunt.”

In subsequent interviews and in a powerful column in The Irish Times, Collins defended her participation as a risk she could not avoid.

“If there is the slightest chance that this commission can bring in change within the church that will lead to children being better protected and survivors being better treated then I cannot turn my back on it,” Collins wrote.

Francis said he expected to meet with victims from Germany, Ireland and England. Cardinal Sean O’Malley of Boston — epicenter of the U.S. abuse crisis, which then opened the door to the global scandal — is helping to organize the encounter, as he has done with past papal meetings.

But church sources say that if O’Malley cannot find victims from the U.S. to participate it could be viewed as a setback for the pope’s efforts. 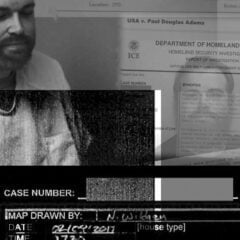