(RNS) Several high-profile evangelical leaders will travel to Israel next week as a part of the “Christians in Solidarity with Israel” trip put together by the National Religious Broadcasters in response to the most recent conflict in Gaza.

The Aug. 17-22 trip will include Anne Graham Lotz, daughter of Billy Graham and president of AnGeL Ministries; Tony Perkins, president of the Family Research Council; and Richard Land, president of Southern Evangelical Seminary in Matthews, N.C.

“My prayer is that God’s people in this country and around the world would intercede for heaven’s involvement in Israel, that God would defend and protect her from her enemies,” said Lotz.

The NRB is a large umbrella group for Christian communicators involved mostly in radio and television. Its annual conference attracts thousands, and it bills itself as the “world’s largest annual gathering of Christian media professionals.” 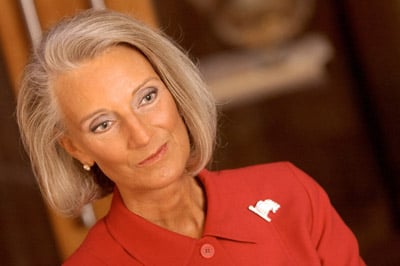 “For a large number of Christians, there are two primary reasons to support Israel. We have the Jewish people to thank for our faith and we are instructed in Scripture not only to pray for the peace of Jerusalem, but are told that those who bless Israel will be blessed,” Perkins said in a statement.

“Secondly, it is in the national security interest of the United States to support Israel. To abridge our commitment to the state of Israel would be an act of hostility not just to the Jewish state but would do damage to our own vital interests.”

While Richard Land, formerly head of the Southern Baptist Convention’s Ethics and Religious Liberty Commission, will join the trip, his successor, Russell Moore, is not listed as a participant.

The trip will include popular Bible teacher Kay Arthur, Richard Bott of Bott Radio Network and Chelsen Vicari from the Institute on Religion & Democracy. It will be led by NRB President and CEO Jerry A. Johnson.

Evangelicals aren’t the only ones rising to Israel’s defense after the much-criticized Gaza incursion. New York Gov. Andrew Cuomo and some Democratic members of the state Legislature are headed to Israel on Tuesday (Aug. 12).

But there’s no question that Israel holds a special place for older evangelicals in ways that go beyond politics. Earlier this summer, megachurch pastor John Hagee held a summit using theology to support Israel.

Younger evangelicals in particular may not view Israel the way their parents did, wrote Dale Hanson Bourke, author of “The Israeli-Palestinian Conflict.”

“Most evangelicals older than 50 grew up in churches that taught some form of dispensationalism, a theology that views Jews as God’s chosen people, Israel as the land promised to them, and the second coming of Christ tied to Jews returning to Israel,” Bourke wrote. “Dispensationalism has fallen out of fashion in many evangelical circles and is no longer taught in many seminaries or from pulpits.”

It’s difficult to measure long-term support for Israel among evangelicals. Findings from the Pew Research Center, though, suggest that it has remained relatively stable in the past five years.

When asked “In the dispute between Israel and the Palestinians, who do you sympathize with more?” evangelicals were far more likely to say Israel — 72 percent to 4 percent in 2013, about the same as in 2009 — according to the Pew poll.

The NRB grew in the 1940s out of radio regulations disputes between mainline Protestant denominations and evangelicals, who were rapidly growing in numbers. Israel has also been a pressing issue among some in mainline churches as the Presbyterian Church (USA) voted earlier this summer to divest from companies that profit from the oppression of Palestinians within Israel’s occupied territories.

“Countering rising anti-Semitism in the international press and on the streets, this friendship visit will communicate to Israel and to the Palestinians who stand in opposition to Hamas that we, leaders who represent the Christian community, stand with them,” said Johnson, the NRB president, in a statement. “It will also show the world that Christians in general support the Jewish people and their right to security.”

Lotz said her famous father has been a consistent supporter of Israel. “He would also express his love for the Arabs and Palestinians,” she said. Her brother, Franklin Graham, spoke at the Israeli Embassy earlier this year on why evangelicals love Israel.

During a recent trip to the beach, Lotz said, her daughter’s phone beeped from an app that tracked every missile strike against Israel. Lotz said it beeped so much she asked her daughter to turn it off.

“I think there’s a lot of information and spin going on about what’s taking place there,” Lotz said. “We need to support the Palestinian people. I think Hamas is using them for their evil agenda. I don’t support Israel giving up their land. ”