A Texas high school student named Greg Kelley was recently convicted of sexually victimizing a four year old boy.  Despite the jury verdict, a small vocal group of supporters have been working hard to convince the public that this sexual offender is innocent..   Marginalizing the powerful voice of the child victim is often at the heart of this disturbing and all too common objective.   In my years as a child sexual abuse prosecutor, I discovered that offenders and their supporters use three common strategies to try and convince others to embrace their distorted definition of innocence:

Making it up:   In the Texas case, the defendant’s supporters initially argued that the 4 year old witness had made up the abuse allegation, with the hope that the public would believe that children are prone to make up false reports of sexual abuse.  Unfortunately for them, the objective research indicates that children are no more likely to lie under oath than adults.  In fact, these same studies have repeatedly found that false allegations of child sexual abuse are made only between one and ten percent of the time.  Though any false allegation is a tragedy and should be dealt with accordingly, the reality is that such allegations are much more rare than offenders want us to believe.  In fact, the research also establishes that children tend to minimize the extent of sexual abuse suffered.  All of this tells us that the vast majority of abuse disclosures by children are truthful, and that there is a strong likelihood that the disclosing child was actually abused more than what has been reported.

It is not only research that pokes a major hole in this strategy.  In order to believe this approach, we have to accept the illogical notion that little children make up details about a heinous act most have no knowledge about at that age.  When offenders and their supporters realize that there is little hope in succeeding with this tactic, they often turn to the second strategy.

Mixing it up:     When a child witness provides detailed and consistent testimony, offenders will question the child’s ability to accurately identify the perpetrator instead of attacking the credibility of the child’s allegations.   This is best illustrated by the supporters of Greg Kelley when they write, “We are NOT saying that the 4-year-old boy was not sexual assaulted at some point in his young life. He very likely was, given that he had detailed knowledge of explicit sexual activity. However, we do not feel that there was enough evidence to name Kelley as the perpetrator.”  With this approach, perpetrators and their supporters are ok with us believing every aspect of a child’s testimony except the part that identifies the perpetrator as the one who committed the offense.  Not only is this argument blatantly self-serving, but it also lacks any common sense when the offender is known by the child.  Is it likely that a child is capable of providing the details of horrific abuse, but incapable of accurately identifying the known individual who perpetrated the abuse?

This strategy is nothing more than another attempt by perpetrators to convince others of their innocence in a way that appears to be more “caring” without directly attacking or discrediting the child victim.  The problem is that this strategy makes no sense and cares nothing about the child.   The failure to succeed with this approach often propels offenders to try and convince others to focus on anything or anyone other than the credible child.

Minimizing and shifting:  When a child provides reliable testimony, perpetrators and their supporters will work hard to shift the attention away from the child and towards everyone else related to the case.  This approach most often involves a devious two-step process:

Step One:     Minimize the importance of the child’s testimony by claiming that it is not evidence.  This is clearly demonstrated by the supporters of Mr. Kelley when they write, “There was no evidence. There were no witnesses. Just the accusation of a young boy.”  This argument is absurd to anyone with a little common sense and any knowledge of our judicial system.  Assume that I am a victim to a robbery and there are no other witnesses to the crime.  My testimony alone about what happened and who committed the robbery is enough for a jury to find the defendant guilty of the crime.  If this were not the case, any crime committed outside the presence of additional witnesses would go unpunished.  That is a frightening notion.  However, offenders and their supporters believe that should be the case when children are the ones victimized.  The truth is that the testimony of a child is evidence.  The truth is that a victim of sexual assault is a witness to the crime…oftentimes the most reliable witness.  The truth is that the testimony of a child whom the jury believes is sufficient evidence to establish an offender’s guilt.

Step Two:  Shift the focus to the actions taken by law enforcement, parents, and anyone else connected with the case. The problem with this step is that it usually emphasizes issues that have little to no bearing on the reliability of the victim’s in-court testimony.  This is analogous to the robbery defendant in my above example arguing his innocence because the police improperly handcuffed him. How does that unfortunate fact have any relationship to the credibility of my testimony?  Pointing out the fact that an investigator did not follow proper protocol during a child sexual abuse investigation may establish that he/she needs further training, but it has nothing to do with the reliability of the child victim’s testimony during trial. Shifting the focus fails to discredit the most important evidence in the case, the child’s testimony!

Minimizing the importance of condemning evidence, while making a big deal about facts that have little or no significance to the ultimate issue of guilt is simply another hollow strategy by sexual abusers to claim innocence in the face of an evil truth.

We live in a world where the abuse of children has no limitations or boundaries.  Courtrooms are too often the place where little ones are re-victimized by offenders, their lawyers, and anyone else who has chosen to reject common sense and embrace dark denial.   Shining a light upon these duplicitous strategies is a powerful way we can demonstrate love and care for the many brave children who have stepped forward out of the suffering silence. 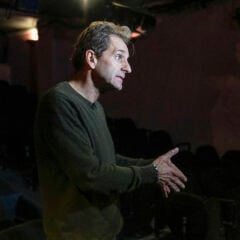