(RNS) The decision by a Jesuit university in Nebraska to provide benefits to spouses of gay employees has prompted a strong protest from the local archbishop, the latest skirmish in a battle that seems likely to widen as gay marriage becomes more common.

Main building of the University of Notre Dame.

The Rev. Timothy Lannon, president of Creighton University in Omaha, said the Catholic school would recognize the spouses of gay employees married in states where same-sex marriage is legal. Those spouses would be eligible to join the university’s health plan.

Indiana’s University of Notre Dame also announced in October that it will offer benefits to all legally married spouses of employees. Unlike Nebraska, Indiana is one of 32 states where gay marriage is now legal.

Lannon said the university began discussing the change a year ago after comments by Pope Francis — who is also a Jesuit — about welcoming gays into the church without judging them, and the university’s benefits committee approved it unanimously. 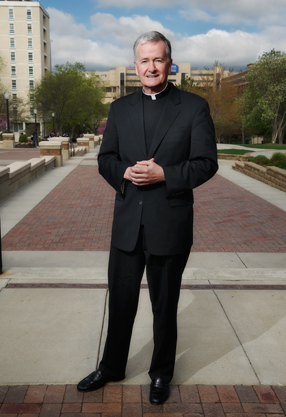 The Rev. Timothy Lannon, president of Creighton University in Omaha, said the Catholic school would recognize the spouses of gay employees married in states where same-sex marriage is legal.

Lannon said the decision did not imply an endorsement of same-sex marriage but was a matter of treating employees fairly.

“As you might expect, some people will be very happy and some will be quite disappointed in me and the decision I made,” Lannon told the Omaha World-Herald.

Archbishop George Lucas of Omaha was one of those who reacted with disappointment.

“Despite Father Lannon’s claim that this is not a statement of approval of same sex marriages, this is precisely the message that the University is giving,” Lucas said in a statement released Monday (Oct. 27). “I am dismayed that the recommendation of the University Benefits Committee is thought to supersede divine law regarding marriage.”

In announcing that it would provide same-sex spousal benefits, Notre Dame officials said the university had to follow state employment laws and said it still supported the traditional Catholic teaching that marriage is between one man and one woman.

But Notre Dame’s president, the Rev. John Jenkins, added that beyond the legal obligations “we recognize an urgent call to welcome, support and cherish gay and lesbian brothers and sisters, who have been too often marginalized and even ostracized, and many of whom bear the scars of such treatment.” 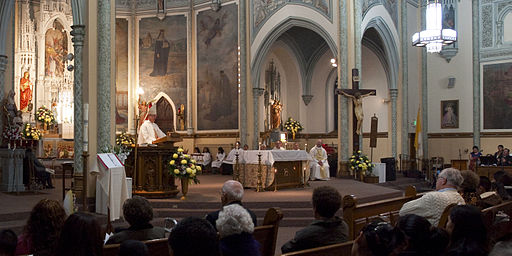 Bishop Kevin Rhoades of the Diocese of Fort Wayne-South Bend, which includes the Notre Dame campus, voiced concern at the decision.

Rhoades called on Notre Dame to work with Indiana’s bishops to secure religious exemptions that would prevent the government from “forcing our Catholic institutions to extend any special benefits we afford to actual marriage to same-sex ‘marriage’ as well.”