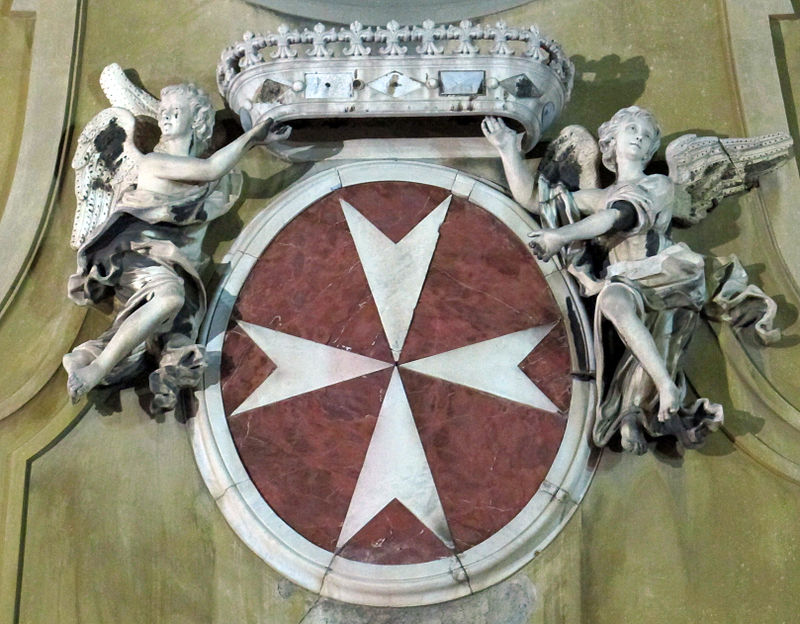 Coat of Arms of the Knights of Malta

Cardinal Raymond Leo Burke, sometime archbishop of St. Louis, once bestrode the Vatican like a bedecked colossus. Trailing his cappa magna behind him, he presided over the Supreme Tribunal of the Apostolic Signatura, the Holy See’s highest court, and, as a member of the Congregation for Bishops, had a major hand in deciding who would rise to the top of the American church and who would not.

But that was then, under Pope Benedict XVI. Under Pope Francis, Burke was first kicked off the bishops congregation and has now been removed from the Signatura. His new position is Patron of the Sovereign Military Order of Malta, with the task of promoting the Maltese knights’ spiritual interests.

The appointment has a certain appropriateness, if you have a taste for Jesuitical irony. Although originally established to care for sick pilgrims to the Holy Land, the Knights Hospitallers (as they were called) soon became a major crusader militia, and through the centuries served the Church as one of its fiercer fighting forces.

In recent years, Roman Catholicism has had no fiercer culture warrior than Raymond Burke. He led the way in arguing that Catholic politicians who supported abortion rights should be denied Communion, going so far as to allow himself to be videotaped criticizing fellow bishops who failed to do so as “weakening the faith of everyone.” Recently, he’s called the Church under Pope Francis “a ship without a rudder” and attacked the pope’s Extraordinary Synod on the Family for sowing confusion.

Over at the National Catholic Reporter, Michael Sean Winters worries that, with little else to occupy his time, the cardinal “will be free to make more speeches and give more interviews.” No doubt, but every time he opens his mouth it will remind his fellow traditionalists of the consequences of crossing the present pontiff.

Since the U.S. Senate rejected the late Robert Bork’s nomination to the Supreme Court in 1987, rejected nominees are said to be borked. In the future, when the pope demotes a high-ranking prelate, we’ll say he’s been burked.