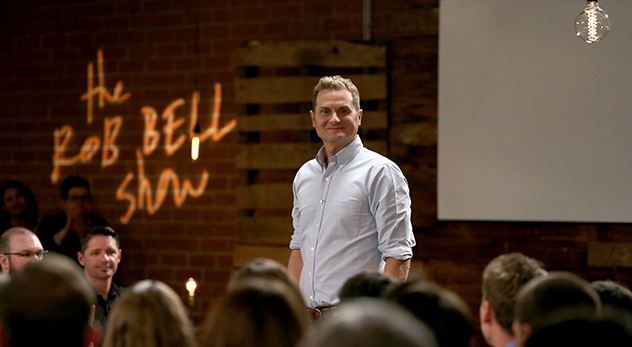 “The Rob Bell Show” premieres on the OWN Network next month. – Image courtesy of OWN

Riding on the success of a pile of bestselling books and a hit video series, Pastor Rob Bell became one of the most sought after religious speakers in America during the early 2000’s. But after Bell questioned whether hell was real in his New York Times bestselling book Love Wins, many conservative Christians tried to oust him from the inner circle of evangelicalism.

How did Bell respond? By quietly bidding his haters adieu, leaving his church, and attaining even more success.

In 2011, Bell was named one of TIME’s “100 Most Influential People in the World” and, after finding his way into Oprah’s good graces, he will be hosting a new talk show. “The Rob Bell Show” will premiere on the OWN Network on December 21 at 8 pm.

“Through riveting conversations with a live audience, and by incorporating creative on-camera storytelling, Rob—as only he can—explores themes such as owning your story and wonder and awe,” according to the show’s description.

Below is a sneak peek of the first episodes that was just posted to the OWN website:

SEE ALSO: “Will God Be Left Behind?” An Interview with Rob Bell