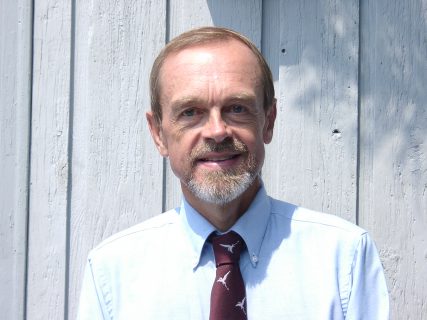 Where should we ground our ethics, if not in a religious worldview?

In his new book Life After Faith: The Case for Secular Humanism, Columbia University philosophy professor argues for the merits of secular humanism.

The first part of our conversation—on his disagreements with “New Atheism,” how secular humanism is similar to religion and how it is different, and what Humanists can learn from religion—was published yesterday. Below, Kitcher explores how to disentangle ethics from religion, the connection between values and community, and why doubt is just the beginning of Humanism.

CS: In Life After Faith, you talk about the popularity of the idea that there is a tight link between religion and ethics. How would you suggest we disentangle them?

PK: This is very important. [tweetable]The moment religion became tightly connected with ethics is a deviation in the history of our ethical lives.[/tweetable]

Evolutionarily, our ethical practices go back deep into our human past. Morality was originally worked out through negotiations on roughly equal terms in small groups. Gradually those groups expanded and we came to live in more complex societies, made possible by the fact that we’ve laid down some rules, conventions, and practices that enable us to live together. But along the way the democratic nature of our ethical life was distorted by thinking that there was something beyond us—a divine being—which was the ground of ethics.

People believed in gods for all sorts of reasons—that gods were in control of all the mysterious things, or caused accidents and sudden changes in people’s lives. The idea of gods or a God suggests that it’s not just other members of the local group who are watching and ready to do something to you if you step out of line—there is also a being constantly looking down who will do bad things if you break the rules. That’s a very powerful device for getting people to comply with your ethical code, because it paves the way for a moment in which somebody says, “I have a vision. I can fathom the will of this being.”

Once that happens, the whole character of ethical life changes. It’s no longer something people work out together, but something that has a basis in the will of a deity that has to be fathomed. And you end up with all sorts of things written down in the ethical codes of various religions which reflect transient prejudices, like attitudes towards same-sex relationships.

CS: What foundation would you suggest instead?

PK: What I would like to see in a secular ethical life is a return to the fact that we’re all involved in a project. [tweetable]We have to work out our obligations together.[/tweetable] An example is the common project to save our planet. It seems to me that these kinds of ethical decisions can best be made if we don’t think of there being some source of transcendent expertise, but rather think of the effort as something that we need to work out together.

In doing that, we can sometimes rely on what great thinkers in the past have seen. The Buddha, Jesus, and others have seen the fundamental importance of attending to other human beings—the suffering and the downtrodden. Those ethical insights can be preserved. But the idea that there is some recourse to a sacred text that should dictate what we do? It seems to me that has to go in favor of the pragmatic, democratic working out of our ethical lives together on conditions of respect and valuing one another as human beings. That’s the heart of Humanist ethics.

CS: What’s the connection between community and the moral lives of nonreligious people?

PK: [tweetable]Community is crucial because it helps people to operate together.[/tweetable] The problem in the U.S. seems to be that churches, mosques, and synagogues are the places in which people can find genuine community. It’s very easy for us academics to forget that we actually have a nice community, and that we can cooperate on various kinds of projects. But for most people the workplace doesn’t function that way. Many, many people who lose their faith or drop out of religious life find themselves deprived of the communities they used to have, in which they would engage as morally dedicated citizens. And something immensely important is lost without that community dimension. 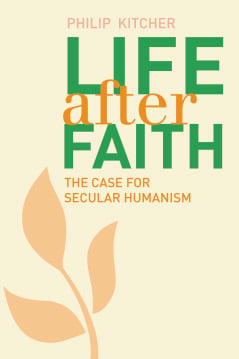 ‘Life After Faith’ by Philip Kitcher

When it comes to higher rates of charity and volunteerism among the religious, I don’t think it’s the case that nonreligious people are less motivated to help others—it’s that we don’t have as many institutions that give us good opportunities to do so. And it may even be that, as we don’t participate in institutions and communities, our motivations are sapped. So I think that Humanist associations like Ethical Culture, Humanist Unitarian Universalist congregations, and Humanist chaplains on campuses are terribly important. I’d like to see those resources spread.

Still, it seems to me that secular institutions still have a lot of things to work out. It’s generally not the case that they are as well-developed or as rewarding as religious communities. The building of the secular world is a task that that secularists have to face up to. The major world religions have been experimenting with this for thousands of years. We can learn from their past experiments, and I think we can learn to build better forms of community for Humanists. But the problem has to be recognized, and we have to applaud Ethical Culture and Humanist Unitarian Universalism. They’ve seen the problem and they’re doing something about it, even though I don’t think they have it perfect yet.

CS: You write, “[tweetable]Secular humanism begins in doubt, but doubt should be only the beginning.[/tweetable]” If doubt is just the beginning, what’s the next step for people who want to develop a robust Humanist worldview?

PK: Two things: Participate in discussions with other Humanists, and see secular humanism as a work in progress. Restoring the dimension of ethical life in which we come together and try to think about collectively attending to the problems of society is the next step. That is best done in groups. So the problem of building community and the problem of developing the ethical dimension of life go together. When I think about the vibrancy of churches in Harlem and the way in which they’re involved in social projects, I see that something similar from a Humanist point of view is essential.

Click here for the first part of our discussion. This interview was edited for length and clarity.