In the run-up to two big December movies — the sorta-kinda-biblical epic that opened Friday and the World War II biopic of hero Louis Zamperini opening on Christmas — multiple voices claimed the films aren’t “faithful” to what “Christians” want to see. 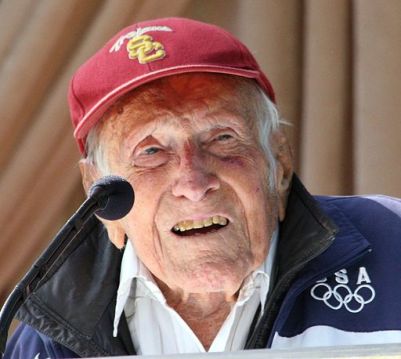 Louis Zamperini, who died earlier this year, worked with director Angelina Jolie to tell his story of survival — and faith in God — in the upcoming film,”Unbroken.” Photo by Floatjon via Wikimedia Commons (http://bit.ly/1moNF5I)

Meaning: They aren’t literal to the Exodus biblical text or historic facts such as Zamperini’s born-again experience that changed his post-war life.

Who are these Christians who claim to speak for all?

It turns out these voices are primarily white evangelical Christians, 19 percent of U.S. adults according to Pew Research in 2012.  Do they actually carry the flag for the remaining 54 percent, for Catholics, mainline Protestants, black evangelicals, Mormons and more?

When “some evangelicals who set themselves up to approve of the theological content of movies or books,” Bass said it reminded her of “the old-fashioned idea of a Vatican imprimatur on works of theology and literature”

“The problem is that they are not the pope and they claim to speak for millions of Christians when they speak for a very small subculture of most Protestants. It leave mainliners feeling like the Whos in ‘Horton Hears a Who’ — tiny voices trying to say, ‘We are here. We are here.’ It makes people feel invisible,” said Bass.

She expects many Christians of all types “will respond warmly” to the universalized message of faith in God that director Angelinia Jolie wove into in the life of Zamperini — at his request. He was reared as a Catholic before he became an evangelical after hearing Billy Graham preach in 1949.

White evangelicals objection is that “they think Zamperini’s real life began at the born-again moment. That’s the story they care most about,” said anthropologist of religion Susan Harding. 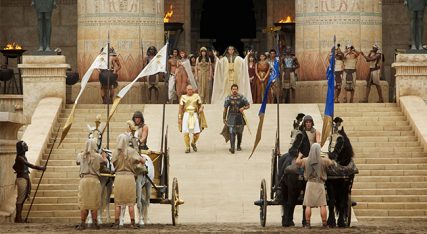 Who decides whether “Exodus” film is Christian enough? Some white evangelical voices claim to carry that flag. Image courtesy of 21st Century Fox

Biblical literalists – and some Jews — may be more disappointed in “Exodus” because the film downplays the supernatural and leaves people searching for God in a Moses-centered epic.

Scholar and writer Rev. Carol Howard Merritt, parish associate at Rivermont Presbyterian Church (USA) in Chattanooga, has no trouble with artistic reinterpretations of a scripture “that has already been interpreted and reinterpreted by hundreds of human hands across centuries.”

Merritt said, “You may not see what’s on the scriptural page but you are reminded of it’s meaning, the rhythm of the story.” 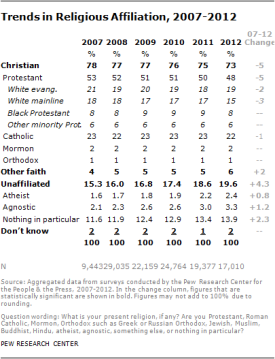 That is, if you are open to it. With the onslaught of attacks on the Christian bonafides of “Exodus,” it’s become yet one more thing many, if not most, Christians, have to separate themselves from.

Merritt finds this “extremely frustrating… Nobody wants to define themselves by what they are not.”

Rev. Mark Sandlin, a Presbyterian pastor, blogger and editor of The Christian Left web site , says progressive and liberal Christians have felt left out of widespread media attention “ever since conservative evangelicals picked up the megaphone and claimed to speak for all.” He’s been writing for years now on how “I want my Christianity back —  without the ugly baggage.”

Sandlin, Merritt and Bass see many ways to offer entertainment that conveys biblical truth without mirroring biblical text or punching every date on a timeline.

But that doesn’t cut it with the self-appointed defenders of a specific vision of Christianity, says David Kinnaman, head of the Christian research firm the Barna Group. He cites “an entire cottage industry of Christian enforcers who want to see only Biblical fact.”

But Barna Group research over decades has probed deeply into whether people are theologically by-the-book evangelical or just adopting a popular label. “It comes to 7 percent at best” among Americans, he said. So, the people who might be offended by theological or historical lapses in “Exodus”  or “Unbroken,” Kinnaman said, “are really just a tiny subset of Christians.”

Religion News Service columnist Jonathan Merritt points out there may be many reasons people might avoid “Exodus” — the all-white cast, the bad-to-eye-rolling reviews. Taking Christian umbrage seems low on the list. Indeed, Monday, at least one conservative evangelical leading voice, the Rev. Albert Mohler, blogged that he enjoyed the film despite “major” theological problems with it.

Soon, we’ll see if Zamperini’s view of how his own story should be told will pay off at the box office. Will people hear the message that Laura Hillenbrand, author of the book behind “Unbroken,” heard in more than 70 interviews with Zamperini?

She wrote: “When he thought of his history, what resonated with him now was not all that he had suffered but the divine love that he believed had intervened to save him.”