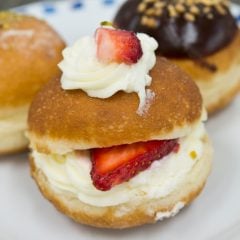 Sufganyiot — or donuts, in Hebrew. They are one of the oil-rich foods eaten during Hanukkah, the Jewish Festival of Lights, to remember the story of how the ancient Maccabees had oil enough to light the menorah for one night, but it miraculously lasted for eight.

Nuns get a report card: B+

No, the Vatican didn’t really grade American nuns in their long-awaited report. But if they had, it might have been a high B. Released today, the report is the conclusion of an investigation begun under Pope Benedict XVI because some U.S. bishops and Vatican officials thought our U.S. sisters too feminist in their outlook and too lax on doctrine, particularly in regards to church teachings on abortion and homosexuality.

But Sister Sharon Holland, president of the Leadership Council of Women Religious said of the report:

It is not a document of blame or simplistic solution . . . One can read the text and feel appreciated and trusted to carry on.

In the worst terrorist attack in Pakistan in years, Taliban militants stormed a school in Peshawar, and killed at least 126 people, most of them children. This slide show from the New York Times is evocative but not gory. A Taliban spokesman said the group attacked to retaliate against government raids of Taliban hideouts in North Waziristan.

After a self-declared Muslim preacher took 17 hostages in a Sidney cafe, and the stand-off ended Monday with three people dead, some Australians started a campaign to protect Muslims who fear a backlash. It began with a non-Muslim woman named Rachael Jacobs, who offered to sit beside a hijab-wearing woman who was too scared to wear it while riding a train.

Now more than 280,000 people have tweeted under the #illridewithyou hashtag, which hit the top spot on Twitter in the U.S.

#illridewithyou is making me choke up. I’ve been an ex-Muslim atheist for ~9 years but the memories of post-9/11 America are still fresh.

Hanukkah begins at sundown tonight, and for the occasion, I gift you with the Maccabeats’ new Hanukkah song, a take-off on pop star Meghan Trainor’s  “All About the Bass.”

It’s “All About That Neis,” — “neis” being the Hebrew word for “miracle.” Best line:

Oh my bubbe she told me it’s not about the food you fry. Faith, family, freedom, we celebrate for eight nights.

One more thing re. Hanukkah: if there’s anything you don’t understand about the holiday, including why it’s spelled with two k’s, read my Festival of Lights primer.

In North Carolina this year, “Moral Monday” marchers once a week descended on the State House to protest cuts in services to education and the poor. In Dresden, Germany, on Mondays, protesters march against immigrants and Islam. Reuter’s Stephen Brown writes about the dilemma for Chancellor Angela Merkel, who is at once trying to combat rising hate crimes and to placate a populous increasingly impatient with Germany’s relatively lax immigration policy.

Meeting with Secretary of State John Kerry, his Vatican counterpart, Cardinal Pietro Lombardi,  asked for an “adequate humanitarian solution” for prisoners held at the Guantanamo Bay detention center, reflecting Pope Francis’ outspokeness about prisoners’ rights. The request comes on the heels of the release of the Senate Intelligence Committee’s report detailing CIA abuse of suspects as it fought the War on Terror.

Dolan breaks with ‘Priests for Life’

New York Cardinal Timothy Dolan has cut ties with “Priests for Life,” the anti-abortion group founded by the Rev. Frank Pavone, who has miffed many a bishop by refusing to accept church authority over his organization and by keeping its finances less than transparent. 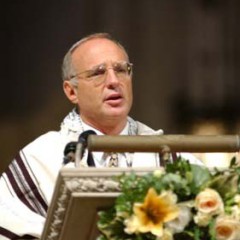 The Senate confirmed Rabbi David Saperstein, a seasoned civil rights and religious freedom activist with a law degree to boot, as ambassador at large for international religious freedom. This makes him the first non-Christian to hold the job. Mark Silk explains why 34 Republicans voted against him.

Ebola puts a damper on Christmas

To slow infection rates, the government of Sierra Leone has banned Christmas celebrations – and New Year’s fetes too. Nearly 30 percent of the nation’s 6 million people are Christian, reports our correspondent in Africa, Fredrick Nzwili.

Brian Pellot on hate campaigns against atheists, humanists and liberals.

Jonathan Merritt on whether the campaign against the Exodus movie is working.

Eliel Cruz on a Christian father’s letter to his lesbian daughter.