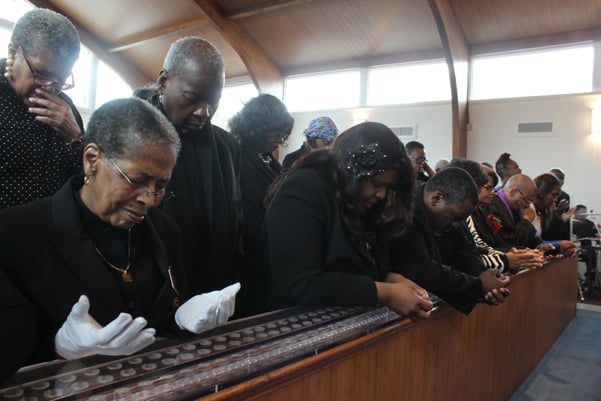 The Facebook page of his Mount Ennon Baptist Church featured photos of a congregation of thousands, dressed in black, with their hands held up. And the Clinton, Md., church announced plans for a “March on Annapolis” on Martin Luther King Jr. Day to push state lawmakers on police brutality, foreclosure and African-American businesses and colleges.

On the day some churches dubbed “Black Lives Matter” Sunday, many people in the pews found themselves playing catch-up with the people who had already been on the streets.

Thousands of black churches — prompted initially by leaders of three historically black denominations and later joined by officials of mostly white and Hispanic faith groups — marked the day with black suits and dresses, litanies and prayers to be counted among the throngs of Americans decrying recent grand jury decisions not to indict white police officers in the killings of unarmed black men.

“I hope that we can build the sentiment … to really reclaim this tradition of activism and social justice advocacy, which is really at the heart of the black church,” said Coates, who spearheaded the first conference of the progressive Black Church Center for Justice and Equality earlier this month. 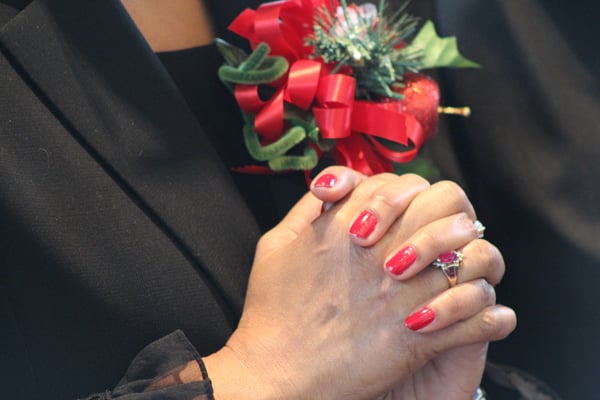 Coates and others say the black church — which he defines as a movement committed to freedom, not just a group of African-American worshippers — is being challenged by a number of factors, including young people who are not drawn to their pews and pro-gay activists who are pushing for more welcoming attitudes in their sanctuaries.

In a statement responding to the “Black Lives Matter” campaign, young adults of the African Methodist Episcopal Church urged its members to “find ways to connect with young adults who are not in our churches” and address their needs.

“Let us not become comfortable in places or spaces of privilege as our privilege is only of worth if it serves as a platform to challenge the status quo,” they wrote.

African-American churches also struggle with whether to focus on only black concerns or on a broader range of issues. When some said they were going to focus specifically on praying for black males on that Sunday, women and gay activists called for more inclusivity. “Black LGBT bodies must matter, too!” said a statement from Many Voices, a pro-LGBT church group.

“It really makes for some of our congregations to be betwixt and between,” said Alton B. Pollard III, dean of Howard University’s School of Divinity.

Jacquelyn Dupont-Walker, director of the AME Church’s Social Justice Commission, said the challenges reflect a generational divide and a wider disconnect that needs to be bridged.

As the upcoming movie “Selma” depicts the Alabama voting rights marches led by the Rev. Martin Luther King Jr. and other clergy, today’s ministers acknowledge they now have a different role.

“I think what history is going to record is that this is the first movement in black history that’s not been led by the church or by a religious figure,” said the Rev. Jamal-Harrison Bryant, pastor of Baltimore’s Empowerment Temple, whose members marched to a nearby mall after Sunday services for a “die-in” protest. 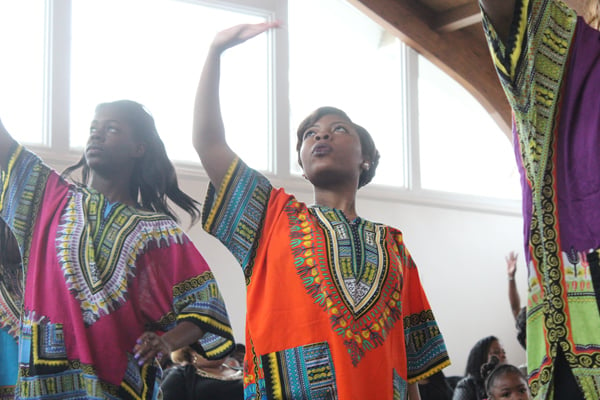 “The church is jumping in to lend its support — not to lead it — which is a different place from where the black church has been historically.”

Even as leaders of the black church grapple with their roles and plan activism around updated legislation and police policies, new LifeWay Research surveys show that black clergy may have to lead the charge themselves.

After the Sunday demonstrations, leaders of the AME, AME Zion and Christian Methodist Episcopal churches plan to meet to discuss strategy to carve out their place in the latest cries for equal treatment.

“To assume we are at the forefront is erroneous,” said Senior Bishop Lawrence Reddick, of the CME Church. “We certainly should participate, and if people call us to leadership we certainly should take the role of leadership. But leadership has to be earned by people who look at us and want to follow.”

And, he added, for some black clergy this may take some adjustment: “It may be a change we don’t all want to accept.”