(RNS) So let’s say you’re me, and you were up way too late last night, shopping for gifts on Amazon. And you still can’t decide what to get for friends and relatives. Never fear, dear readers. The official 2014 RNS Roundup Gift Guide is here to help: 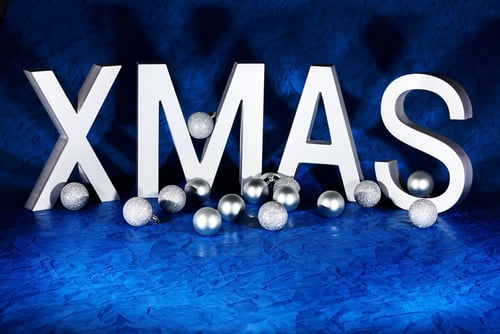 For the Professionally Aggrieved and Curmudgeonly: For anyone out there still fighting the War on Christmas (we’re looking at you, Bill Donohue), Vox explains that saying “Merry Xmas” is a totally appropriate way to say “Merry Christmas.”

For your uncle, still uneasy with the gays:  A sit-down dinner between the U.S. bishops’ point man on fighting gay marriage and a leading gay Catholic group, led by Sister Jeannine Grammick, who was silence — yes, silenced — by the Vatican. Or a meeting with Pat Robertson, who says gays will die out because “they don’t reproduce.” Perhaps Return to Sender on that one.

For Pope Francis: Perhaps a Nobel Peace Prize for his role in engineering revived relations between the U.S. and Cuba, as well as the release of American contractor Alan Gross (and an unnamed CIA agent). Skip the chicken; he got 1,760 pounds of it for his birthday yesterday.

For your mother, who has everything and needs nothing: A breezy walk-thru of the year’s top religion stories, brought to you with a big fancy bow by yours truly.

For Dick Cheney: A few chestnuts to roast over an open fire, on whether Christians really can support torture. If you’re feeling particularly generous, RNS alum Jack Jenkins goes even further.

For your soccer-crazed nephew: Tickets to the 2024 Summer Olympics in Rome, where church officials have offered up the Vatican gardens for archery events (assuming Rome wins the bid, that is). Personally, we’re still rooting for Boston.

For maybe possibly could-be presidential candidate Jeb Bush: A dinner date with Michael Schiavo, husband of Terri (remember that mess?), on Bush’s handling of his wife’s case: “If you want a government that’s gonna intrude on your life, enforce their personal views on you, then I guess Jeb Bush is your man,” Schiavo explained.

For maybe possibly more-than-likely presidential candidate Hillary Clinton: Tuesday’s detente between the Vatican and American nuns is, according to Fox News at least, “a big boost” for Democrats in 2016. This is one gift where you put it on the shelf of your closet, unsure what to do with it.

For that guy who holds up the John 3:16 signs at sporting events: A new sign, with Philippians 4:8 on it, since that’s apparently the most popular (bookmarked) verse in the U.S., according to CT.

For former “Seventh Heaven” actor Stephen Collins: This might be the year his stocking is empty, after confessing to inappropriately touching, and exposing himself to, young girls. “I did something terribly wrong that I deeply regret,” he tells People.

For the office anonymous gift swap: Regift the stuff you don’t want — like this priest, who told a Catholic school teacher that she wouldn’t have been fired if she had lied about time off for IVF treatments. 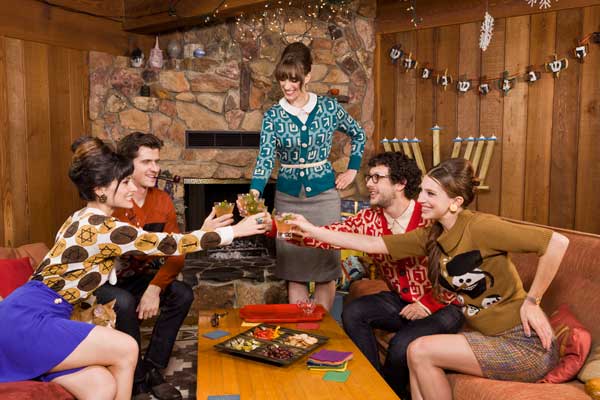 Models wear Geltfiend Chanukah sweaters. Some Jews, tired of the “December Dilemma” and competing with Christmas, would prefer to avoid all the fuss.

For your Jewish boss, eating lonely latkes at the office Christmas party: Eight must-know factoids about Hanukkah, one for eight of those eight crazy nights. Includes the choice line: “We vant to pump Jew up.”

For Abe Foxman, the outgoing head of the ADL: A wrap-up of the unfortunate ways “Nazi aesthetics” made a pop culture come-back in 2014. Or, as The Forward put it, The Year Hitler Broke the Internet.

For Libby Lane, the first female bishop in the Church of England: Perhaps a nice mitre. Cope and alb sold separately.

If you’re still undecided, you can always consult the 2014 RNS Holiday Gift Guide (not to be confused with the one you just read and totally loved). And for the gift that keeps on giving, make sure we have your email address so you can continue to get the Roundup delivered, for free, every day to your inbox.