This week, two atheists are debating whether or not “atheist fundamentalists” exist. Today’s contribution is by Sarah Jones, Communications Associate for Americans United for Separation of Church and State. The views expressed in this piece do not necessarily reflect those of her employer. Below, Jones defends the use of “atheist fundamentalists.” Check back tomorrow for James Croft’s perspective, and share yours in the comments.

Fundamentalism as an ideological category has historically been limited to religion. But as atheism grows and begins to double as a political identity for many, I propose expanding that category to include nonbelievers.

First, the necessary caveats. When I argue that atheists can be fundamentalists, I do so with the understanding that there is significant division among atheists on the subject of religion. Often, the atheists most opposed to religion are classified as “New Atheists,” with the Four Horsemen as their appointed representatives.

But New Atheism itself is a nebulous category. Many who identify as New Atheists don’t believe that society would benefit from the erasure of religion, and focus their criticisms instead on specific doctrines.

Many others, who do argue that religious faith is inherently harmful and antithetical to social progress, would not necessarily identify themselves as New Atheists—and even diverge sharply from Dawkins and others on feminism and other issues loosely categorized under the banner of social justice. For these reasons, I refer to atheism and atheists with specific beliefs rather than New Atheism and New Atheists.

Belief, whether it is theistic or not, is naturally diverse; that’s an inescapable feature of the human condition. And that means it is entirely possible to apply a dogmatic and even legalistic approach to atheism—one that I think should be characterized as a fundamentalism.

I limit my argument here to an atheism that actively seeks to end religion. You’ve probably encountered its adherents online arguing that people of faith are mentally ill, intellectually limited, or intrinsically predisposed to bigotry. These arguments, and the people who make them, rely on a reductionist approach to religion.

All theistic beliefs are swept into one category and then reduced to heavily generalized traits. These traits are true in the same way that the reflection cast by a fun house mirror is true: There’s some basis in reality, but that reality has been deliberately exaggerated to emphasize its most extreme possibilities.

Contrast and compare the goals, too. Religious fundamentalists of all stripes seek the domination of their specific ideology. For the Pat Robertsons of the world, it isn’t even enough to be a Christian; if you are not the right sort of Christian you are still the enemy. Promote feminism or LGBTQ rights, and to Christianity’s most extreme adherents you resemble exactly what they’re trying to eliminate.

Of course, Pat Robertson thinks he’s interpreting a divinely inspired text. Atheists reject the concept of divine inspiration—but I don’t think they’ve all rejected the concept of canon. Individuals who take the hardline approach I’ve criticized here do generally refer to the same body of texts, and to the same figureheads, repeatedly. You don’t need to believe someone’s a prophet in order to sacralize them.

The result? There are, undeniably, atheists who define their belief identity by a certain set of rigid fundamentals. By extension, they believe that identity is undermined by people who don’t adhere to the same principles. Participate in interfaith work or affirm queer people of faith, and suddenly you are no longer the right sort of atheist. The concept of heresy is not unique to theists.

Although I have a certain amount of personal sympathy for the tendency to respond to religious dogma’s extreme rhetoric in kind, I am not blind to the consequences of doing so. As an ex-fundamentalist, I am keen to avoid the sins of my fathers. So I criticize religion; I criticize it daily. But I know the most deserving target of my ire isn’t theism itself, but rather oppressive interpretations of it.

Some would argue that distinction doesn’t matter; that theism is the root of the problem. In a way, this is a very optimistic view. If theism is the problem, the solution is obviously atheism. Who knew we could transcend our basest flaws so easily?

But here I agree with John Gray: The problem isn’t theism, it’s people. It can’t, therefore, be solved by atheism alone.

In a recent article for The New Republic, Gray criticized the Christian concept of original sin, but acknowledged that it’s more realistic than many atheists understand.

“Even so, it [sin] is an idea that contains a vital truth: evil is not error, a mistake of the mind, a failure of understanding that can be corrected by smarter thinking,” he wrote. “It is something deeper and more constitutive of human life itself.”

The presence of misogyny, racism, homophobia and transphobia among atheists is evidence that atheism, by itself, isn’t the answer to the world’s problems. There is no rational basis for the belief that an atheist world would be a significantly better one, by numerous measures—and yet many passionately cling to it.

Check back tomorrow (Friday) for a different perspective from James Croft. 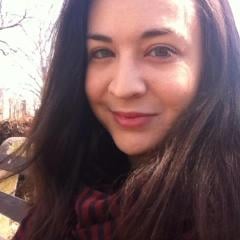