(RNS) The United Methodist Church is dropping a complaint against a retired bishop who performed a 2013 same-sex wedding in Alabama, offering at least a brief respite within a larger heated debate over same-sex marriage. 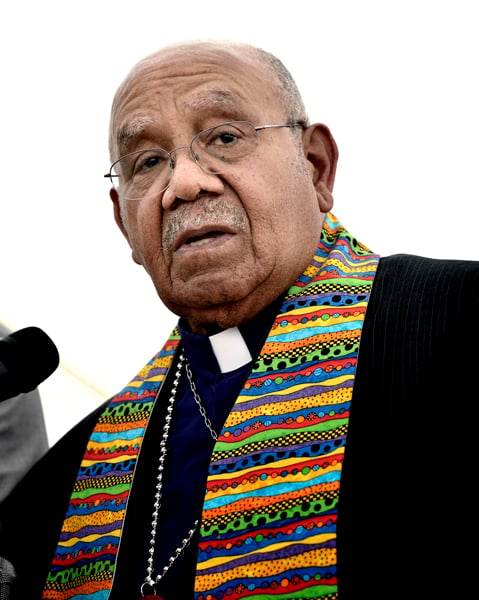 Bishop Melvin Talbert at a gathering on May 4, 2012, outside the 2012 United Methodist General Conference in Tampa, Fla., where those gathered showed their support for clergy in the denomination who choose to officiate at religious weddings of same-sex couples. Photo by Paul Jeffrey/courtesy of UMNS

Bishop Elaine J.W. Stanovsky, president of the church’s Western Jurisdiction College of Bishops, who oversaw the agreement, called the dropped charges against retired Bishop Melvin G. Talbert a “just resolution” while also acknowledging that the parties “are not of one mind on matters of human sexuality.”

The agreement called on clergy to follow the church’s constitution and urged its Council of Bishops to do more work related to the denomination’s debate around sexuality. Specifically, the agreement also asked church bishops to strive to resolve disputes in ways that are distinct “from those of a civil judicial process.”

Talbert, an outspoken progressive and former bishop of San Francisco, had ignored a request not to perform the same-sex ceremony in Alabama. He has said in the past that the church’s traditionalist position on homosexuality “is wrong and evil. … It no longer calls for our obedience.”

North Alabama Bishop Debra Wallace-Padgett, who was compelled to file a complaint against Talbert last year, said the goal was for a just resolution. “My hope and prayer is that our reaching this resolution will be helpful to the church at large,” she said in a statement to United Methodist News Service.

Talbert, a veteran of the civil rights movement, will not face a church trial or the potential loss of his clergy credentials. He praised church leaders “for their openness, honesty and fairness in the process.”

Talbert is the latest Methodist clergyman to be cleared in a high-profile court case involving gay marriage. After officiating at the wedding of his gay son, the Rev. Frank Schaefer was defrocked and then reinstated as a United Methodist pastor in a closely watched case last year.

The issue is especially heightened within Methodism, where holiness — the beliefs and practices toward Christian purity — is foundational in its theology. And as Methodist membership plateaus at home and grows in parts of Africa, overseas delegates have helped hold the line against growing pressure to liberalize church policy on gay clergy and same-sex marriage. 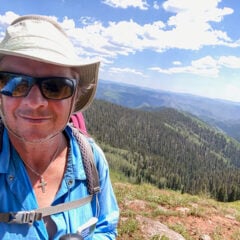 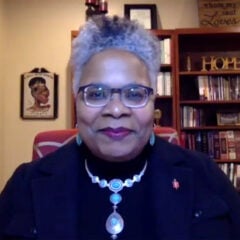