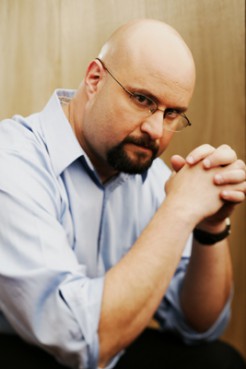 “Brewton-Parker College cannot become a healthy, growing and stable college under the leadership of a man who is broken,” Caner said in a Tuesday (Jan. 20) statement to the school’s trustee board. The private Christian school affiliated with the Georgia Baptist Convention is in Mount Vernon, Ga.

“I can’t get over his death, and I am not sure I want to,” continued Caner, who plans to move to Texas. “I do know that I cannot muster the fight needed to be the leader of our college.”

Caner, who served previously as dean of Liberty University’s seminary, where he faced questions about whether he exaggerated the story of his conversion from Islam to Christianity, said he returned to work quickly after his son’s death but has had medical problems since then.

In 2014, Caner fought to restore the college’s academic standing after financial difficulties. In June, the Southern Association of Colleges and Schools Commission on Colleges voted to remove the school’s accreditation. After an appeal, the commission removed the college from probation.

Caner said the school completed its fiscal year in the black and the college is “out of crisis” after a five-year struggle.

“It is one thing to lead a college through a crisis, but this position demands a person’s full attention and full strength,” he said. “At the moment, I have neither.”

Caner was president for slightly more than a year.

In 2010, Liberty University decided not to renew Caner’s contract as dean of its seminary, citing “discrepancies and misstatements.” He later served as provost of Arlington Baptist College in Texas. When he was hired by Brewton-Parker, it considered him the “warrior” it needed because he had “endured relentless and pagan attacks.”

On Tuesday, the board of the college unanimously adopted a resolution thanking Caner for his service.