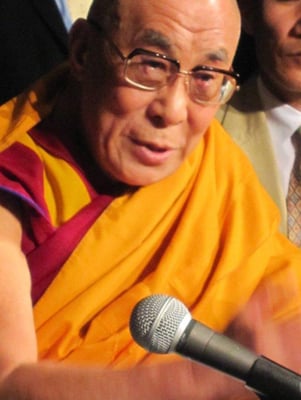 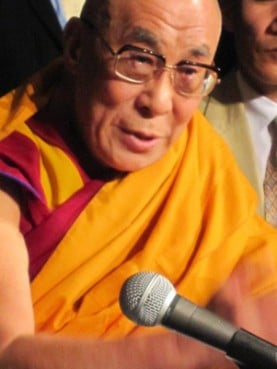 BEIJING (Reuters) Exiled Tibetan spiritual leader the Dalai Lama is profaning Buddhism by suggesting that he will not be reincarnated when he dies, the Chinese-appointed governor of Tibet said on Monday (March 9), in some of China's strongest comments to date on the subject.

Tibetan Buddhism holds that the soul of a senior lama is reincarnated in the body of a child on his death. China says the tradition must continue and it must approve the next Dalai Lama.

But the Nobel peace laureate, who fled his homeland in 1959 after an abortive uprising against Chinese rule, has said he thinks the title could end when he dies.

He has also stated that he will not be reborn in China if Tibet is not free and that no one, including China, has the right to choose his successor "for political ends."

Speaking on the sidelines of the annual meeting of parliament, Tibet governor Padma Choling accused the Dalai Lama of flip-flopping with his various pronouncements on the issue, and of hypocrisy seeing as he himself was reincarnated.

"If the central government had not approved it, how could he have become the 14th Dalai Lama? He couldn't. It has a serious procedure," Padma Choling, an ethnic Tibetan himself, told reporters.

"I think that, in fact, he is profaning religion and Tibetan Buddhism," he said, adding that the Dalai Lama was trying to usurp Beijing's right to decide.

Exiles worry that China might just simply appoint their own successor. In 1995, after the Dalai Lama named a boy in Tibet as the reincarnation of the previous Panchen Lama, the second highest figure in Tibetan Buddhism, China put that boy under house arrest and installed another in his place.

Many Tibetans spurn the Chinese-appointed Panchen Lama as a fake.

China's officially atheist Communist Party says it has inherited the right of the old emperors to sign off on reincarnations, though how important the custom was is historically disputed.

China routinely rejects criticism of its policies in Tibet, saying its rule, since Communist Chinese troops "peacefully liberated" the region in 1950, ended serfdom and brought development to a backward, poverty-stricken region.

Beijing says the Dalai Lama, who fled to India after the 1959 uprising, is a "wolf in sheep's clothing" who seeks to use violent methods to establish an independent Tibet. The Dalai Lama says he only wants genuine autonomy for Tibet and denies advocating independence or violence.