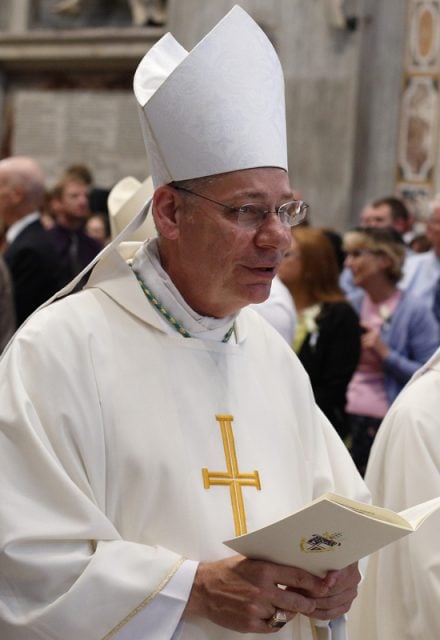 Bishop Robert Finn, who resigned as head of the Diocese of Kansas City-St. Joseph, Mo., was the only U.S. bishop to plead guilty to failing to report the suspected abuse of a child. Bishop Finn is pictured in a 2014 photo at the Vatican. Photo by Paul Haring, courtesy of Catholic News Service

(RNS) When Pope Francis accepted the resignation of Missouri Bishop Robert Finn, who was convicted three years ago for failing to report a priest suspected of child abuse, the pontiff sent a powerful message to the Catholic Church.

Here are five takeaways from the news, which the Vatican announced on Tuesday (April 21).

During the past decade, the most intense years of the Catholic Church’s long-running clergy sex abuse scandal, thousands of priests have been punished or defrocked for abusing children, and a few bishops found guilty of molestation have also quit.

But until Finn, no American bishop had ever been forced from office (despite the terse Vatican announcement that he “resigned”) for covering up for a predator priest.

That sets a precedent in an institution where many have regarded the hierarchy as a privileged caste that should not be held to the same standards as others in the church. Some feared that if a bishop were pushed out for failing to do his job, it would create a domino effect that could topple the entire superstructure.

“We all know there are other U.S. bishops wondering ‘who is the next?’” tweeted church historian Massimo Faggioli.

But Francis seems to be betting this sort of accountability at the top will strengthen the church, and even help restore the credibility of the bishops.

2. Finn was an easy case

Finn is the only U.S. bishop ever convicted in court of failing to report a suspected abuser, the Rev. Shawn Ratigan, who was later sentenced to 50 years on federal child pornography charges.

Ratigan had hundreds of lewd pictures of children from local parishes on his computer, and he attempted suicide when the diocese learned of them in 2010. But Finn waited six months to report Ratigan to authorities.

Finn pleaded guilty to a misdemeanor in 2012 and was sentenced to two years’ probation after a legal battle that cost the Diocese of Kansas City-St. Joseph millions of dollars.

In short, Finn was low-hanging fruit.

3. Francis had to take action

Locally, the diocese was a mess. Kansas City-St. Joseph had lost one-quarter of its members since Finn took over in 2005, and the past few years of scandal and financial outlays related to the abuse case had left Catholics deeply disillusioned.

Moreover, Francis’ credibility was on the line. While his predecessor, Pope Emeritus Benedict XVI, had taken steps to address abusive priests, Benedict hadn’t done much to hold bishops accountable. After a slow start in addressing the scandal following his March 2013 election, Francis eventually sent strong signals that bishops would no longer be protected.

Boston Cardinal Sean O’Malley, a top adviser to Francis and the American churchman with the greatest credibility on the abuse issue, also made it clear in recent months that accountability for bishops is a priority. He even took the step of publicly criticizing another bishop when he told “60 Minutes”  last fall that the Finn case needed to be addressed “urgently.”

The day before Finn’s resignation was announced, Marie Collins, an abuse victim from Ireland who is a member of the panel Francis established to address the abuse crisis, wondered “how anybody like that (Finn) could be left in charge of a diocese.” 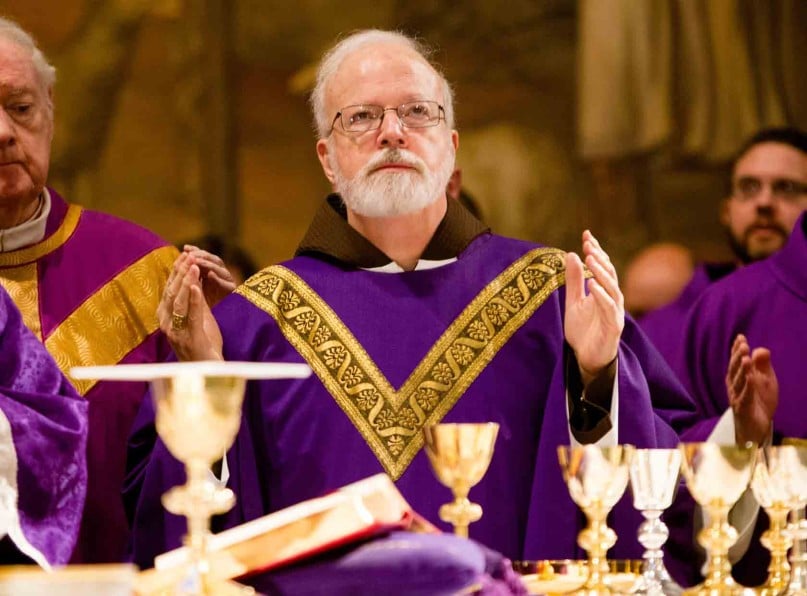 Francis was also facing strong criticism on his appointment of a bishop in Chile who allegedly knew about the predations of one of that country’s most notorious abusers.

Finally, Francis will be making his first visit to the U.S. in September, a highly anticipated trip to a key church in his global flock, and a place where Catholics have welcomed his new style as rapturously as anywhere. But it’s also a church whose members have been traumatized by the abuse scandal, which they see as a priority for the pope.

4. It’s all about the system, not the bishop

“Who’s next?” is the question many are asking. But a better question may be, “What’s next?”

Some believe Minnesota Archbishop John Nienstedt, another unpopular figure with a dodgy record on abuse and a tangle of legal and personal questions, could be forced to resign at some point. But picking off bishops one by one isn’t the point.

For one thing, there are few bishops in office today who have shielded predators the way bishops did in the past. That older generation has largely retired, and today’s bishops are quick to report suspected cases, which are much fewer in number. Also, the statute of limitations in most states has expired on the vast majority of cases, so it’s unlikely there would be many bishops subject to criminal charges like Finn was.

The key is setting up a system for investigating and disciplining bishops that would work for prelates around the world, not just in the U.S.; it can’t be a matter of targeting one bishop or another.

Following up on his “60 Minutes” interview, O’Malley also stressed that the Catholic Church needs a system of due process that holds all bishops accountable and must “avoid crowd-based condemnations.”

A process will be more effective, and credible, than one-off firings. “Things are moving slowly as I have said many times but they are moving in the right direction!” as Marie Collins tweeted Tuesday (April 21) after hearing news of Finn’s resignation.

Collins said this week a plan for hierarchical accountability is on Francis’ desk now.

5. It’s another hit for U.S. conservatives

Finn’s resignation is yet another hit for Catholic conservatives who have been reeling since Francis was elected and began reorienting the Catholic Church away from a few hot-button issues such as abortion and gay marriage.

Finn had been hailed as a strong conservative who would help turn the church away from any liberal tendencies, and the steps he took to do that alienated many Catholics in his diocese. Even after his conviction, conservative apologists such as William Donohue of the Catholic League forcefully defended Finn and argued that the bishop was being targeted because he was so traditional. 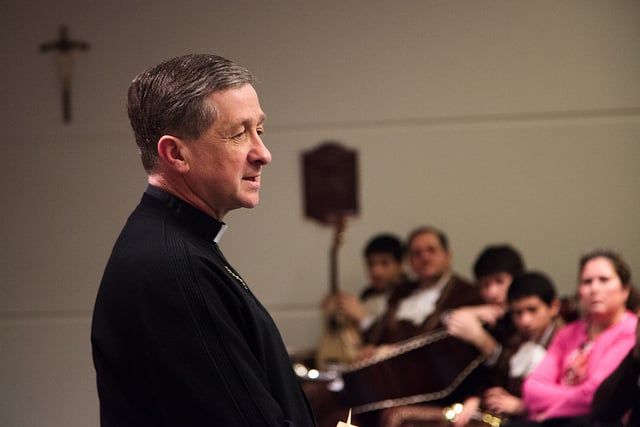 Bishop of Spokane, Blase Cupich, welcomes Fast for Families on March 6, 2013, during an evening community meeting at Gonzaga University.

That theory isn’t operative any longer. Finn is 62 and could have served until he was 75. He had been a favorite of former Philadelphia Cardinal Justin Rigali and the former archbishop of St. Louis, Cardinal Raymond Burke, until recently a top Vatican official.

But both Rigali and Burke have been sidelined, and now Finn is out — he remains a bishop but there is no word what he will do now. And Francis is promoting men like Archbishop Blase Cupich, a hero to moderate and progressive Catholics who last fall succeeded Chicago Cardinal Francis George.

George, a hero to conservative Catholics, died last week after a long battle with cancer. His funeral is set for Thursday.