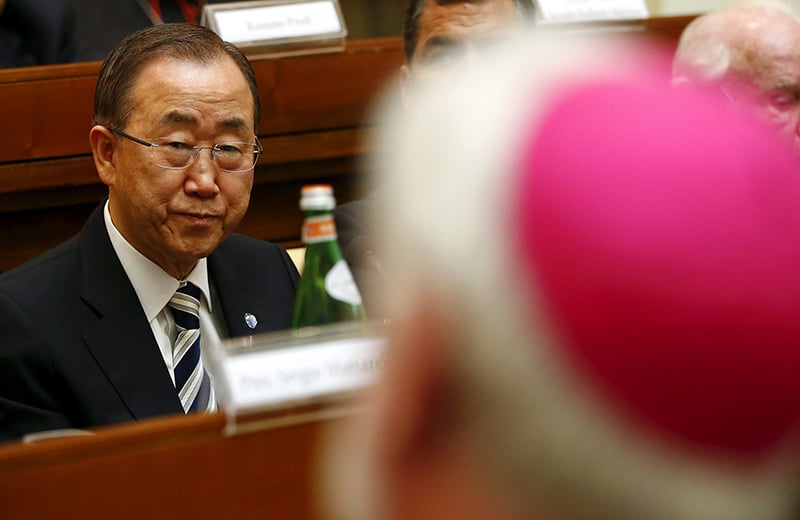 United Nations Secretary-General Ban Ki-moon attends a meeting about climate change and sustainable development at the Vatican on April 28, 2015. Photo courtey of REUTERS/Tony Gentile
*Editors: This photo may only be used with RNS-VATICAN-CLIMATE, originally transmitted on April 29, 2015.

Top officials from the Vatican, the head of the United Nations and leading scientists came together at a summit Tuesday (April 28) in Vatican City to label the fight against man-made climate change as a “moral issue.”

“It is a moral issue. It is an issue of social justice, human rights and fundamental ethics,” the secretary-general said, adding that “climate change is the defining issue of our time.”

The summit, arranged by the Pontifical Academy of Sciences, is the prologue to Pope Francis’ June encyclical — one of the highest and most authoritative forms of papal expression — that will promote climate change action, framing it as a moral and religious imperative. 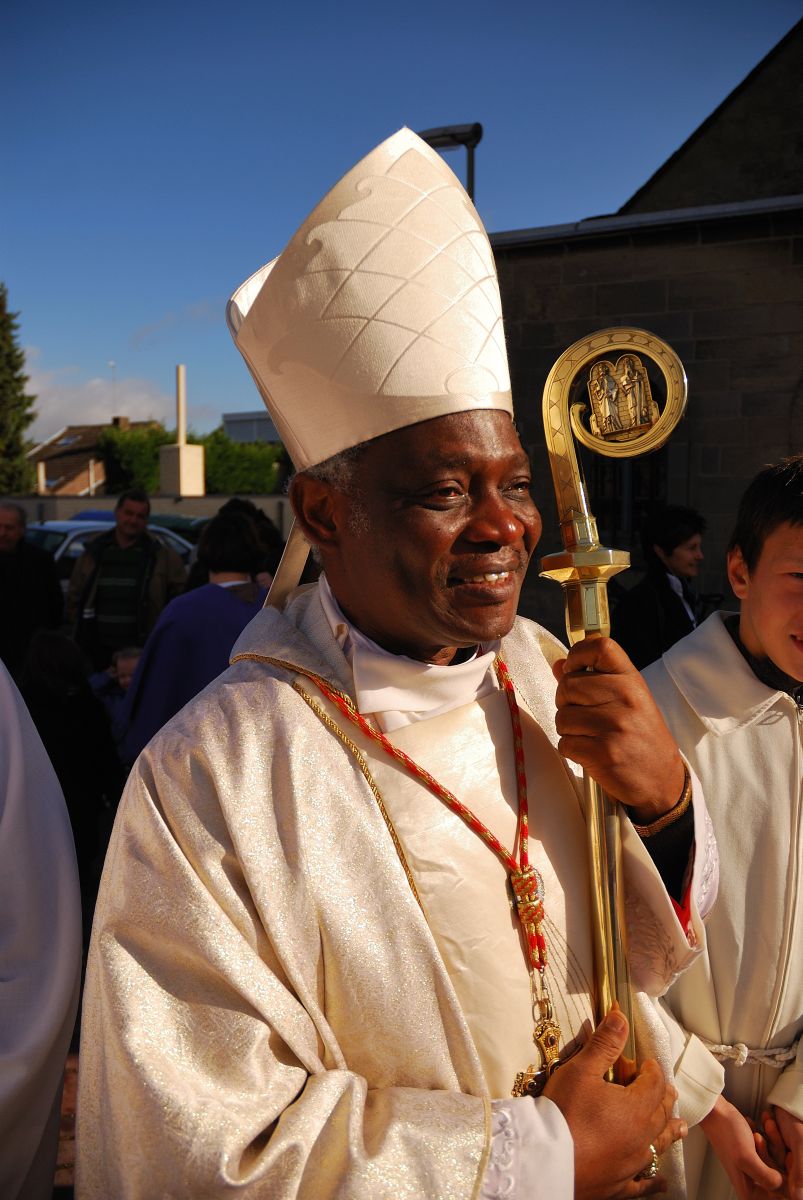 Cardinal Peter Turkson of Ghana by Haiducul via Wikimedia Commons

“This is an all-embracing moral imperative: to protect and care for both creation, our garden home, and the human person who dwells herein — and to take action to achieve this,” said Cardinal Peter Turkson, who heads the Pontifical Council for Justice and Peace.

“The wealthiest countries, the ones who have benefited most from fossil fuels, are morally obligated to push forward and find solutions to climate-related change and so protect the environment and human life,” he said. “They are obliged both to reduce their own carbon emissions and to help protect poorer countries from the disasters caused or exacerbated by the excesses of industrialization.”

A group of climate change skeptics from the conservative Heartland Institute were also at the summit. They said the pope should not lend his moral authority to the climate change agenda.

“If Pope Francis goes ahead with his climate encyclical and uses it to essentially lobby nations to commit to a development-limiting U.N. climate treaty, it will be unprecedented action and massively misguided,” said Mark Morano, who oversees the climate change skeptic site ClimateDepot.com, in a statement. “And to now have the pope jump on that bandwagon would sow confusion among Catholics.”

Skeptics had no say in a final statement prepared by conference attendees and released late Tuesday. “Climate-change mitigation will require a rapid world transformation to a world powered by renewable and other low-carbon energy and the sustainable management of ecosystems,” the statement read.

The statement also warned that the U.N. climate summit in Paris in December might be the last chance for nations to come together to keep human-caused warming from rising more than 3.6 degrees Fahrenheit by the end of the century, a threshold that scientists say is the absolute limit to keep climate change from drastically altering the planet.

“The pope’s leadership will play a very important role in raising public awareness as well as the global moral commitment to take decisive steps towards climate safety in Paris,” said Jeffrey Sachs, director of the Earth Institute at Columbia University, who attended the summit.

“The expectations around the world are very high for the pope’s encyclical this June, and for the pope’s speech to world leaders at the U.N. on Sept. 25.”

“We have a profound responsibility to protect the fragile web of life on this earth, and to this generation and those that will follow,” Ban said in his speech. “Science and religion are not at odds on climate change. Indeed, they are fully aligned.”