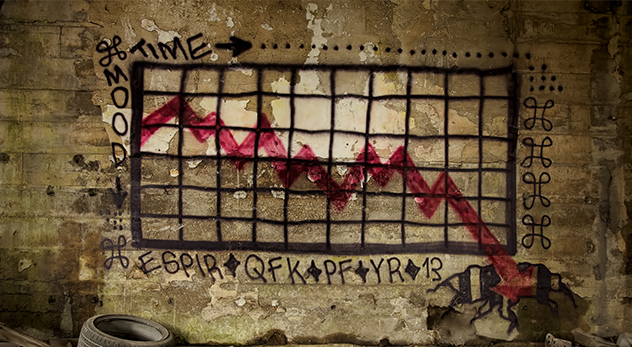 Twain might as well have been writing about Joe Carter, communications specialist for the Ethics and Religious Liberty Commission. After I published a column on the recent Pew religious landscape study, which reported that evangelicals have declined as a share of the total population, Carter responded breathlessly on the ERLC website. He claimed I had “gone to great pains to deceive” myself and lied about the study’s findings because “the results do not fit with Merritt’s predetermined narrative.”

It’s admittedly pointed, if uncharitable, but Carter skipped one of the most important rules of opinion writing: always do your homework.

This is a rule I keep in the front of my mind when I’m analyzing statistics. I’m not a “numbers person.” Heck, I’ve never even balanced a checkbook. That’s why when I published my column on the Pew study, I spoke to a Pew researcher and three reputable outside sociologists. Before publishing it, three editors within Religion News Service reviewed and fact-checked it. But while I did the hard work of tracking down reputable sources and speaking to the organization that actually released the study, Joe spoke to exactly no one.

This isn’t the first time a research failure has created an issue for Carter. In March of last year, he made comments stating that Jesus only welcomed people seeking forgiveness and only partied with “sinners…[that] were already followers.” It sounded so bizarre that I decided to do my homework and speak to a handful of leading New Testament scholars. Alas, I could find no one to support his assertions.

After reading Carter’s analysis of the Pew data, I had a similar feeling. Are evangelicals declining as I asserted or stable as Joe said? Was I moving “the goalpost in order to save [my] preconceptions” as he claimed? Was mainline Protestantism’s decline a result of their liberalism as Joe said or did birthrates play a significant role as my article claimed? Were there really “more evangelicals in America today than at any time in our nation’s history” as Carter stated?

Taking time to do my research proved so effective in the past, so I decided to follow the same path this time around. I did what Carter refused to do: I (again) spoke to an actual Pew research associate, Jessica Martinez. Below is the result of this conversation:

Merritt: Some evangelicals say that when Pew and others consider the religious landscape as a share of the population rather than just raw numbers they are “shifting the goalpost in order to save their preconceptions.” Is this accurate?

Martinez: No, I do not think this is accurate. There is value in either approach, and we provide estimates of both in our recent report. Examining religious groups as a share of the population allows us to look at the relative size of a group compared to other religious groups in the country, and how this changes over time. And examining how groups change over time in terms of raw numbers provides another perspective on growth or decline.

Merritt: Some say, “There are more evangelicals in America today than at any time in our nation’s history.” Is this correct?

Martinez: In terms of absolute numbers, we estimate that there are as many or more U.S. adults in the evangelical Protestant tradition now as in 2007. We do not have comparable measures of religious affiliation before 2007, so I would be reluctant to make a claim about any time in our nation’s history.

Merritt: Some ask, “Why do conservative denominations continue to grow significantly while almost every liberal denomination has declined rapidly?” I’ve heard that most of the mainline decline was due to low birthrates. Is this correct?

Martinez: It is possible that [lower birthrates among mainliners] is part of the reason that we see less decline in terms of population share among the evangelical tradition than the mainline tradition. We do find that mainline Protestants tend to have slightly lower fertility rates than evangelical Protestants.

Merritt: Some say the percentage of evangelicals as a share of the population is stable and “isn’t in decline.” Others say it is declining. Which is it?

Martinez: Our findings from the Religious Landscape Study show a small but significant decline in the share of U.S. adults who identify with the evangelical Protestant tradition.

Four statements by Carter, and three were simply not true. The fourth—that there are more evangelicals now than any time in history—is impossible to verify since no one possesses such data.

But pointing the finger at Carter here requires ignoring the problem behind the problem. To uncover the biggest loser in all of this, don’t look at the byline. Focus on the header. The Ethics and Religious Liberty Commission published this without bothering to do their due diligence in fact checking it, not to mention requiring that the baseless personal attacks be removed. And this is deeply saddening.

The last president of the ERLC transformed the organization into a Republican talking point factory and left quietly after making controversial, racially-charged comments. When the current president Russell Moore took over, many had high hopes that this would be a new era of more moderate, thoughtful, and nuanced cultural engagement for the organization. Many believed that this ERLC could be trusted.

But when you go claiming you know things for sure that just ain’t so, it damages your credibility. Especially when you’re a political advocacy group in the business of persuasion. For if you prove you can’t be trusted in small things, it will be difficult for others to trust you when it matters most.

Actually, I think an ancient rabbi said something like that once. But before I can say for sure, I’ll need to do some homework.