Church volunteers hand out free meals at a homeless tent city in Sacramento, Calif., on March 15, 2009. Photo courtesy of REUTERS/ Max Whittaker
*Editors: This photo may only be republished with RNS-LUPFER-COLUMN, originally transmitted on May 21, 2015.

Against the backdrop of persistent poverty and dramatically increasing income inequality, that question has gained renewed currency.

New York Times columnist Ross Douthat took President Obama to task for erroneously stating, at a recent Georgetown University summit on poverty, that churches are more focused on fighting abortion and same-sex marriage than on relieving poverty. One of Obama’s fellow panelists at Georgetown, Harvard professor Robert D. Putnam, made similar comments before the event.

“It would be too kind to call these comments wrong,” Douthat reproached. “They were ridiculous.”

It turns out that churches contribute only a fraction of their money toward culture war issues. And twice as many churchgoers report hearing clergy speak out about hunger and poverty than about abortion and gay marriage. 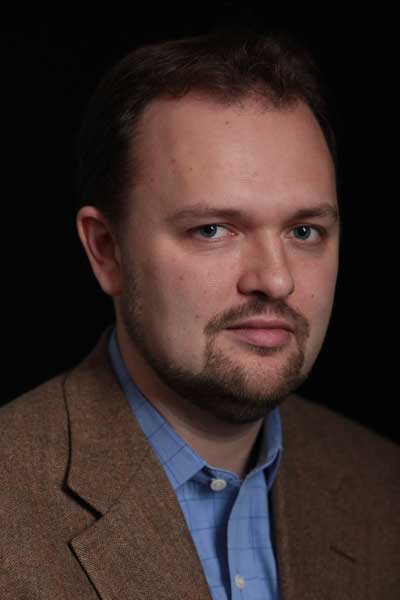 Douthat laments the decline of religious participation among the poor. Aside from whatever spiritual benefits accrue, churches are engines of social capital that nurture a variety of goods benefiting poor people — if they participate.

While Douthat has been less willing than some to heap moral judgment on the poor, this much is certain: Poor people need more money, and churches alone lack the scale and competence to meet the need that exists. There is much churches are doing, and Douthat righty challenged them to do more.

On the question of whether Christians are failing the poor, Douthat implies that the answer is no.  But the poverty and inequality we see today are due to policy choices we — Christians included — have made over the past two generations.

The social isolation of poor people is a major theme in Putnam’s new book, “Our Kids: The American Dream in Crisis.” Maybe having social connections to professional-class churchgoers would help poor people eventually. But people who experience constant economic insecurity in the richest nation on earth need help now.

Douthat suggests that churches can transmit bourgeois sensibilities to poor people in the pews, where virtues that lead to upward mobility are cultivated alongside worship and prayer. He does not say that churches owe the poor a determined political effort for a more just and equitable distribution of resources.

In showing what Christians do for the poor, conservatives can also point to the Roman Catholic Church’s strong support for robust welfare spending. But that sounds especially disingenuous coming from people who oppose or outright disdain such spending.

It is unfortunate that the president and a leading social scientist perpetuated the uncritically accepted myth that churches do more on sex issues than on poverty. But if “doing” is shorthand for political activism, then the critique has some merit.

When has the religious right gone to the mat for social assistance programs that keep people from going hungry, cold or homeless?

The Circle of Protection is a coalition of Christian groups asking Congress not to cut spending on programs that help the most vulnerable. The coalition seeks to protect food stamps, unemployment benefits and a few other vital programs. A breadth of denominational and ecumenical organizations have joined the Circle of Protection, but many leading white evangelicals are missing from the effort.

Even if churches were better bulwarks against the social isolation of the poor, it takes significant public investments to combat poverty.

The context of Obama and Putnam’s ill-considered remarks was a summit of evangelical and Catholic leaders seeking to make overcoming poverty a moral imperative and a national priority. Even though Christians can be as ideological and polarized as anyone else, the Georgetown summit acknowledged both the cultural and economic factors that cause poverty to persist.

What do Christians owe the poor? Jesus told the rich young ruler to sell all his possessions and give the money to the poor. Surely comfortable churchgoers must do more than say, “Be more like me.”

Private charity remains a religious obligation that benefits the giver as well as the recipient. And Christians generously help disadvantaged people in their congregations and around the world.

But without concrete political support for poor people across town and across the country, Christians will continue applying Band-Aids to social injustices they are complicit in perpetuating.