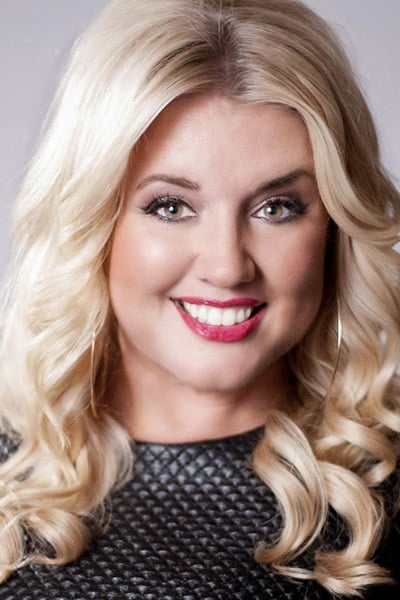 Author and speaker Autumn Miles is speaking out about the misuse of church discipline. Photo courtesy of A. Larry Ross Communications

(RNS) The recent church discipline case gone wrong at The Village Church has taken the Christian world by storm. While church leaders issued a public apology, the situation that led to the apology is much more common than many realize. There is an epidemic of mishandled church discipline cases — I was a victim of one 13 years ago.

A few weeks ago, I received an email that caught me off guard, titled “A letter of apology.” Although the name of the sender was familiar, I couldn’t quite place it. What I began reading stopped me in my tracks. I was looking at a letter that I had begged God for 13 years ago. It was a letter of apology from one of the deacons of the small church I grew up in that brought me to church discipline for divorcing my abusive husband.

As I read, I relived the horror of that time in my life. I remember the phone call so vividly from the chairman of the deacons. He told me that, even though he believed abuse was involved in my marriage, because I filed for divorce the deacons had decided to bring me before the church to discipline me. I remembered the countless hours of meeting with the deacons to explain my situation and seek help to escape the abuse. When the phone call came that I was going to be disciplined, even though they understood the danger of my situation, I was devastated and abruptly pulled my membership from the only church I had ever known. My ex-husband wasn’t going to be disciplined — just me.

Church discipline, according to Matthew 18, is a three-step process that outlines what to do in order to bring reconciliation for a Christian who has strayed from following the Lord and is living in sin:

If your brother sins, go and show him his fault in private. If he listens to you, you have won your brother. — Matt. 18:15 (Confront him in an effort for him to change.)

But if he does not listen to you, take one or two more with you, so that by the mouth of two or three witnesses every fact may be confirmed. — Matt. 18:16  (If step No. 1 doesn’t work, bring some people with you to confront him in order for him to be reconciled.)

This may seem harsh, but it can be a very beautiful thing if it is done with the love and grace of Jesus Christ. The point is not to condemn anyone; restoration must be the mindset. Some churches don’t factor the grace of God into these decisions at all, while some go to the other extreme, choosing never to use church discipline because of fear of negative perception. We must be balanced, using church discipline when needed (severe cases in which a person is completely unrepentant) and approach every situation with grace. Were it not for the grace of God, we could be in the same situation.

Unfortunately, Satan can get into this process easily, and if it is not done carefully, those who desperately need the support of the church can become victims of a process gone wrong. This is far more prevalent than you may think in our churches, but rarely discussed.

Church leaders, I beseech you to study all sides of the situation carefully and prayerfully before you make a judgment on your church member that may alter his or her view of God or spiritual life forever. You have been placed in such a position to be the agent of change, to bring restoration to the individual.

As someone who has felt the sting of this, I ask you consider these questions: Are we equally investigating BOTH parties? Are we taking the totality of the word of God into examination on this issue? What is the Holy Spirit telling us to do? Does Satan have a foothold of pride or control in my heart?

When I read about the situation of The Village Church, I mourned for Karen Hinkley, who was mistreated by her husband through his addiction to child pornography and disciplined by her church when she needed her church the most. But to my surprise, as soon as the news broke about the case, so did the news of the apology from the pastor, Matt Chandler.

I respect the transparency and clear authenticity of his apology; I applaud the admission that when the church doesn’t get it right, an apology is in order. Thank you, Matt Chandler. How I longed for an apology 13 years ago when I found myself in a similar situation. I got an apology from just one of the deacons over a decade later — and this note was precious to me.

Church leaders, may you take into consideration that there may be times your church has failed in this process and if that is the case, it is time for an apology. Don’t make a person who has been wronged wait 13 years to receive the apology that may be vital to that person’s healing.

(Autumn Miles is author of “Appointed,” her story of escaping an abusive marriage. She is also the founder and CEO of The Blush Network, a women’s ministry dedicated to spiritually challenging the way women think. For more information, visit www.AutumnMiles.com.)