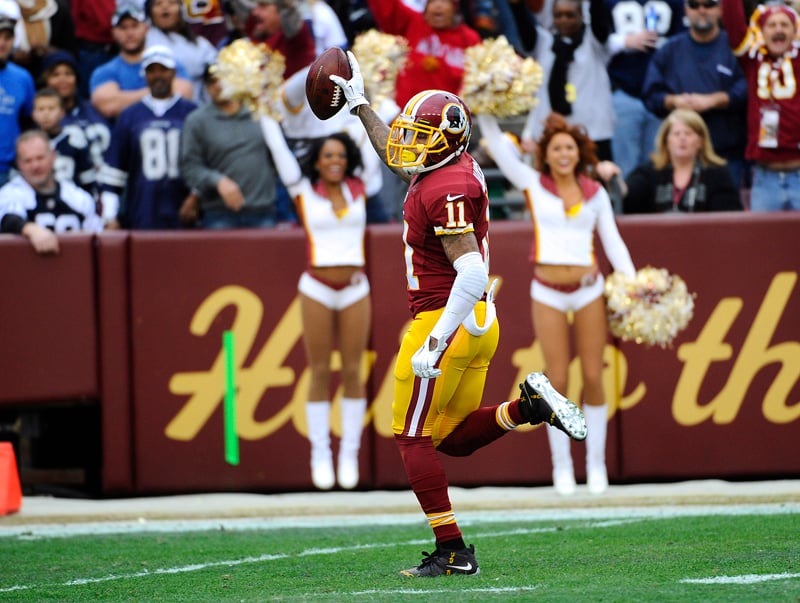 The United Church of Christ has voted to boycott the Washington NFL team until it drops its logo and mascot, which Native Americans say are offensive. Photo by Brad Mills-USA TODAY Sports, courtesy of Reuters

(RNS) The United Church of Christ, a progressive denomination, has called on its 1 million members to boycott Washington Redskins football games and merchandise until the team drops its controversial name and mascot.

Tuesday, UCC leaders plan to take their 24-year fight against such mascots to Major League Baseball. They will walk to the Cleveland Indians’ team offices with a petition calling for a name and logo change, dropping the image of “Chief Wahoo.”

The fight against Chief Wahoo began in the 1980s, in partnership with Catholic, Methodist, Episcopal and Unitarian Universalist groups.

The UCC, whose members included President Obama when he lived in Chicago, stepped up to include the feather-bedecked chief mascot of the Washington NFL team in 1991. The mid-Atlantic region of the UCC voted for a boycott in June 2014.

The Monday resolution takes the boycott national. It called on the NFL franchise to “change its team name and to refrain from the use of any images, mascots, or behaviors that are harmful or demeaning to Native American cultures or peoples,” said the Rev. Linda Jaramillo, a national officer of the UCC, in a press release.

“The use of the term ‘Redskins’ for the team mascot and nickname of the Washington football team is offensive and causes direct harmful effects to the public health and well-being of the Native American population,” she said.

In a joint statement about the resolution, Oneida Indian Nation Representative Ray Halbritter and Jackie Pata, executive director of the National Congress of American Indians, representing more than 80 Native American tribes, said they were “honored” by the “effort to help relegate this offensive and outdated slur to the dustbin of history.”

The denomination has plenty of company in protesting the Native American nicknames and mascots. Last year 50 U.S. senators wrote to NFL commissioner Roger Goodell and a TV ad produced by the NCAI ran during the NBA Finals in selected markets.

However, the Washington team has its own supporters among Native Americans and its press office repeatedly cites a survey that most support the mascot. In 2014,  when the regional boycott was announced, a team spokesman said, “We wish the United Church of Christ would listen to the voice of the overwhelming majority of Americans, including Native Americans, who support our name and understand it honors the heritage and tradition of the Native American community.”

Signs of the Times
California bishops should ask, ‘What would Junipero Serra do?’
Follow us on Facebook!
Submit your photos to RNS