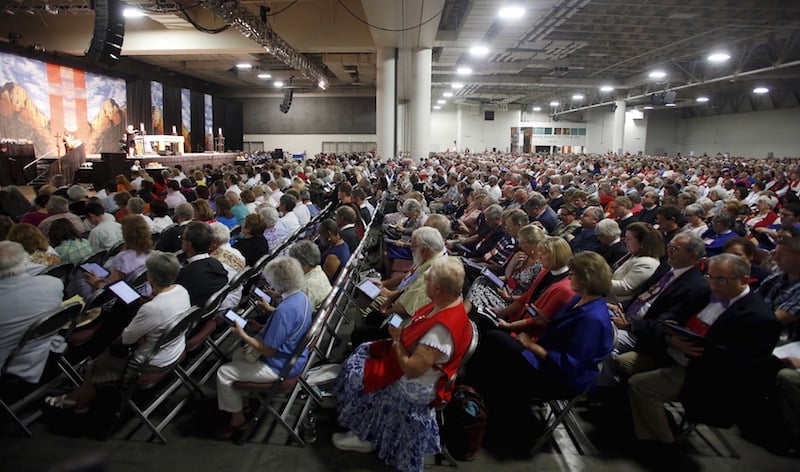 The church, part of the worldwide Anglican Communion, became in 2012 the largest U.S. religious denomination to approve a liturgy for clergy to use in blessing same-sex unions, including gay marriages in states where they were already legal.

While some clergy and lay members disagreed with the proposal put before the church’s triennial convention, held in Salt Lake City, the faith’s House of Deputies concurred with the House of Bishops, which overwhelmingly approved the measure in a separate vote on Tuesday (June 30).

“In 1976, the church promised full and equal claim to LGBT members, and we’ve spent those years making that resolution a reality,” said the Rev. Susan Russell of the Diocese of Los Angeles.

“Today’s action is a huge step … toward a promised land of a church that fully includes all its members,” she said.

But the Rev. Neal Michell, dean of St. Matthew’s Cathedral in Dallas, said he opposed such unions because “the teaching of scriptures says marriage itself is between a man and a woman. That’s the teaching of the (Book of Common Prayer) and our catechism.”

Under the new rules, clergy can opt out of performing gay marriage ceremonies.

The Episcopal Church is the 14th largest U.S. religious denomination, with about 2 million members, according to the National Council of Churches.

In 2003, its members elected Gene Robinson, who lived with his male partner, as bishop of the Diocese of New Hampshire, leading to fractious relations with conservative Episcopal dioceses in the United States and some members of the global Anglican Communion, especially in Africa.