One of the great privileges of child advocacy is the opportunity to meet the real heroes of life. These include those who were victimized as children and have come to a point in their life where they are able to advocate for so many others who suffer in silence. Mary DeMuth is one such hero. As I take a short hiatus from my blog to enjoy some time with my amazing family, I was thrilled that Mary agreed to write this guest post.   Let’s hope and pray that the Church listens to her powerful and convicting words, and that those suffering in silence may get a glimpse of authentic love and hope. Thank you, Mary. – Boz

Something is wrong when churches protect perpetrators and marginalize victims. In recent months, we’ve seen a bit of the underbelly of covering up sexual abuse, demanding victims forgive and forget instantly for the sake of the poor offenders whose lives might be ruined if they were found out.

Cover up that exalts the “ministry” or a ministry personality over the well being of one who has been sinned against does not represent the Jesus I follow.

Jesus looked for the outcasted. He dignified the marginalized. He stooped (in the sweetest, gentlest way) to side with the woman caught in adultery, against her prosecutors and (perhaps) her sexual partner. He confronted sin in his closest group of ministry partners, even telling Satan to take a backseat. He noticed the woman with the issue of blood—a victim of biology and the probably shunning of the crowd. He clearly listened to the downtrodden. He identified, by coming to earth, with those bent beneath their loads. He welcomed scampering children while the disciples scoffed. His lap was safe.

And He said this: “Whoever causes one of these little ones who believe in me to sin, it would be better for him if a great millstone were hung around his neck and he were thrown into the sea” (Mark 9:42, ESV). When a ministry adult or congregant pursues his/her own sexual deviance and violates a child sexually, how is he/she exempt from the millstone? And why do we try to alleviate the weight of that millstone by covering up?

The Church does far better when it acknowledges its sin, living fearlessly and honestly, than when it prefers to show a pretty, unadulterated face to the world. Unfortunately, we have become so enamored with the ministries we have built, forgetting that God Himself builds His Church (and thinking it weighs on our shoulders), that we have lived in depraved fear, preferring the words of perpetrators over the words of those abused. We wrongly believe that we are in the business of reputation management.

Problem is, ministry at its heart is about freedom. Truth is what sets us free. Honesty, authenticity, humility—all these should typify the church we all love. If someone one our watch or in our ministry hurts another one, particularly a child, then full disclosure along with the legal system being alerted is the least we can do. Corporate pain and a willingness to rebuild the one destroyed should be the story we live.

Never forgetting the trauma of sexual abuse and its lasting implications to the victim. (link: http://www.marydemuth.com/what-if/)

Never vilifying victims who risked everything to admit to the shameful acts.

I have written this before, and I stand by it: One of Satan’s most devious schemes on this earth is the sexual abuse of children. It ruins. It degrades. It impoverishes. It darkens understanding of God’s goodness. I can write this because I experienced it, hellish and pervasive, during my fifth year of life. Not one person saved me, though I asked for help. Not one hero stepped in to say, “This is wrong, and you will be held accountable by the law.” And I was left believing that the only person who could protect me on this earth was me. 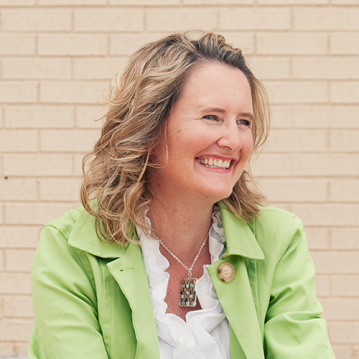 After I told my babysitter and nothing was done to stop the abuse, I became scrappy—feigning sleep, saving myself. And then we moved far, far away. But the haunting stayed with me. The secret came out ten years later, soon after I met Jesus. By then the statute of limitations had long run out, and I would never (in this life) see the perpetrators brought to justice.

When we create church structures that do not listen to children who have been violated or believe their parents who stand horrified and broken, and instead prefer the perpetrating adults, we essentially hang the millstone around the family’s neck.

Paul’s dealings with the Corinthian man who had sexual relations with his “father’s wife” is instructive here. “It is actually reported that there is sexual immorality among you, and of a kind that is not tolerated even among pagans, for a man has his father’s wife. And you are arrogant! Ought you not rather to mourn? Let him who has done this be removed from among you” (1 Corinthians 5:1-2, ESV). Paul did not ask them to coddle, to hear the man’s story. He didn’t ask them to protect the man or silence the victim. He mandated the man who sinned be removed from their midst because of his egregious sexual sin.

Yet some have settled for keeping the violator within the ranks of the church with no penalty, and even defending him or her. We have “protected” the integrity of the church by violating its integrity through hiding and evasion.

Of course the goal of this kind of church discipline is restoration, but it must first be acknowledged as sin, openly. More than that, we must dignify victims, validating their voices. Our concern should be overspending ourselves, working feverishly toward the victim’s restoration and operating within the legal system to ensure justice is served.

The outcome of the Corinthian man’s situation was beautiful, surprising restoration. (See 2 Corinthians 2:5-11). As the Church of Jesus Christ, we hope for no less. We long to see both perpetrator and victim come to a place of surrender. Jesus died for the sins committed against us and the sins we commit, so that we can all experience His profound grace at the level place of the cross.

But if sin is covered up, never confessed, never called to account, how can grace abound? If a perpetrator is not confronted, how can he/she come to a place of utter brokenness about sin? And if we allow perpetrators free reign in our churches, how can we honestly say we follow Jesus—the One who welcomed children on His lap?

I love the Church. Jesus loves the Church a billion times more. It represents His body on this great, beautiful earth. He doesn’t need us to micromanage its reputation by covering up the acts of sinful people within it. No, He simply asks that we are truthful and handle sin like this with dignity and integrity.

Mary DeMuth is the author of 30 books, including Not Marked: Finding Hope and Healing after Sexual Abuse. She speaks around the country and the world about living a freedom-infused, uncaged life. Find out more at marydemuth.com.