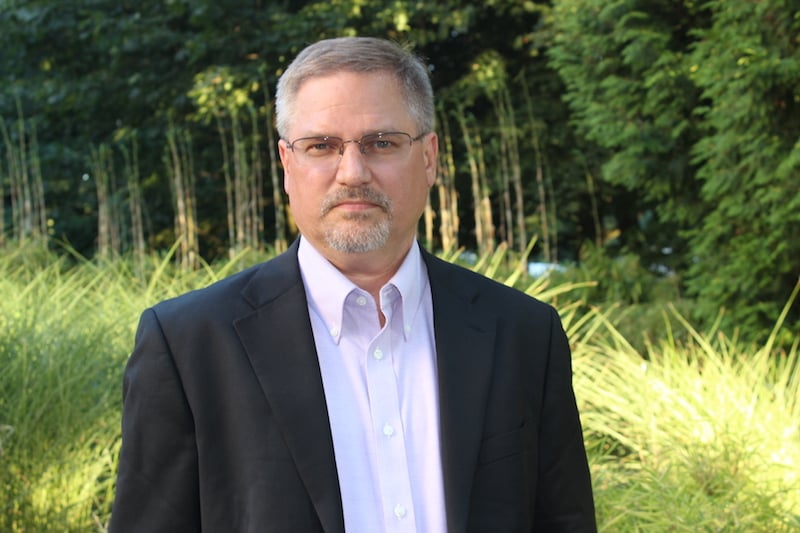 Matthew Becker is a pastor and professor of theology at Valparaiso University. He was recently ousted from the Lutheran Church-Missouri Synod. Photo courtesy Dell Schomburg

ST. LOUIS – The Lutheran Church-Missouri Synod recently carried out what various members consider the equivalent of a modern-day heresy conviction.

The case pitted two-term denomination President Matthew Harrison — who is known for his bushy mustache and conservative views — against Matthew Becker, an outspoken pastor and professor of theology.

Becker teaches at Valparaiso University, an independent Lutheran institution in Valparaiso, Ind., about an hour’s drive from Chicago.

Becker had raised questions about the denomination’s stance against the ordination of women, as well as its teaching of creationism, or the literal reading of the story of creation in the book of Genesis.

READ: Biblical text, the oldest find since the Dead Sea Scrolls, revealed in digital image of a charred scroll

Becker’s insistence on talking about such issues has led certain members of the church to file charges against him, triggering several investigations. 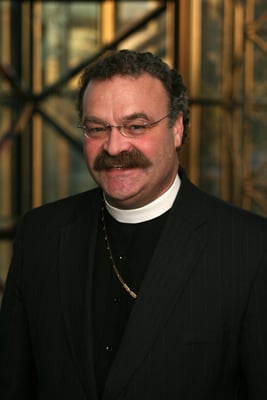 The Rev. Matthew Harrison was elected July 13 as the new president of the Lutheran Church-Missouri Synod. RNS photo courtesy LCMS

To the disappointment of some, including Harrison, church panels handling the investigations have consistently cleared Becker, allowing him to remain in the church.

Yet, Becker, 52, was officially ousted last week from the 2.3 million-member denomination in which he was raised; he remains on the faculty at Valparaiso University.

“I happen to be right now the most infamous person in the synod,” Becker said recently, while noting the long lineage of family members active in the Lutheran Church-Missouri Synod, including his grandfather.

Becker’s ouster has led some to raise questions about the direction of the Missouri Synod, as well as leaders such as Harrison, who is up for re-election next summer.

“I am saying that if my synod does not change its inability to call such a person to repentance and remove such a teacher where there is no repentance, then we are liars and our confession is meaningless,” Harrison wrote in January.

While many agreed with Harrison, others argued that as a member, Becker had the right to question church teachings on women’s ordination.

“It seems now we can’t even talk about it,” said said Robert Hartwell, senior pastor at Village Lutheran Church in Bronxville, N.Y., who referring to women’s ordination. “That’s what makes this so scary.”

More moderate members of the Lutheran Church-Missouri Synod have clashed with conservatives before. In 1974, conservative Lutherans accused John Tietjen, then president of Concordia Seminary, St. Louis of failing to insist on a literal teaching of the Bible, especially the Old Testament.

The controversy led the majority of Concordia’s faculty and students to walk out of the school in protest. Many eventually formed Seminex, a “seminary in exile,” at St. Louis University and Eden Theological Seminary. Seminex has since disbanded.

Some argue the 1970s schism left the church bereft of more moderate members, setting the stage for leaders such as Harrison.

Harrison’s 2010 election represented a conservative ideological shift for the denomination, which has come with its set of challenges.

In 2013, for example, Harrison made headlines when in the wake of the tragic shooting at Sandy Hook Elementary School in Newtown, Conn., he asked a church pastor to apologize for participating in an interfaith vigil.

The church’s constitution prohibits members from taking part in worship services that blend the beliefs and practices of Lutherans with those of other faiths and Christian denominations.

More recently, members have questioned Harrison’s treatment of Becker. In February, numerous pastors and members signed an open letter, noting that, with regard to Becker, they were “extremely offended” by Harrison’s action.

Becker grew up in the Lutheran Church-Missouri Synod in Oregon. He had doubts about remaining in the church but said he hoped that as a member he could help reform the synod.

But by the late ’90s, he was attracting attention by publicly speaking about the ordination of women.

“There’s nothing in Scripture that clearly prohibits women from serving,” Becker said. “You don’t need a certain body part to share the love of God.”

In a blog post, Becker went even further, comparing the exclusion of women leaders from the church to “the institution of slavery and the subordination of people of color to whites.”

Becker has endured years-long investigations as a result. Then in April, the Rev. Terry Forke, a district president in Montana, filed a charge against him for failing to maintain that Genesis represents a historical record.

Soon after, he was asked to resign.

“I feel like many people who are my opponents are making an idol out of the LCMS,” Becker said. “It’s almost as if the church cannot make mistakes. “I’ve always taken the view that nothing should be off the table,” Becker said.

Others, however, argue that Becker and the Lutheran Church-Missouri Synod are better off parting ways.

“It really doesn’t make sense for him to continue in our synod at this point,” said Eric Andersen, a pastor in suburban Chicago and associate editor of the conservative Lutheran blog The Brothers of John the Steadfast. “He doesn’t believe what we believe, so it’s best not to pretend.”

(Lilly Fowler is the religion reporter at The St. Louis Post-Dispatch.  She can be reached on Twitter @LillyAFowler.)

News
Study: Biden still leads among Latino Christian voters, but Trump’s support has grown
News
Adventists’ new North American leader hopes to leverage the denomination’s ‘strength of diversity’
News
In Oregon, churches and anti-fascists unite to provide mutual aid to fire evacuees and others in need
News
‘Your fight is my fight’: Latino clergy and faith leaders rally behind Black Lives Matter
Beliefs
Four young people of different faiths move into a home together, then a pandemic happens
© Copyright 2020, Religion News Service. All rights reserved. Use of and/or registration on any portion of this site constitutes acceptance of our User Agreement and Privacy Policy, Privacy Statement and Cookie Notice. The material on this site may not be reproduced, distributed, transmitted, cached or otherwise used, except with the prior written permission of Religion News Service.