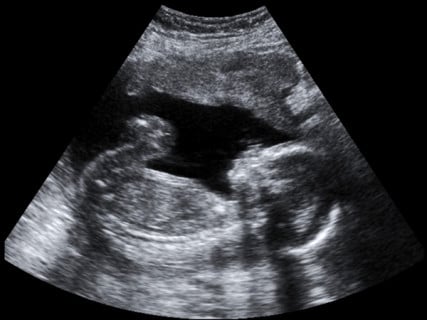 (RNS) If you were repulsed by the viral video of Planned Parenthood discussing shipping fetal tissue to medical research labs, you’re not alone.

But you know who is really responsible for that? We are. All of us.

To describe the video as neutrally as possible: Nucatola was at one point describing how abortions are best performed if one wants optimal fetal tissue/organ preservation — and discussing how much money Planned Parenthood receives for this.

The release of the video has freshly inflamed the abortion part of the culture wars.

We know that videos can be edited by those who want to hurt their enemies. We know how very much some people hate Planned Parenthood. And we know that doctors can easily sound cavalier about practices they routinely employ and the rest of us could not imagine.

I won’t pile on Dr. Nucatola. The video seems pretty disastrous for her and for Planned Parenthood.

I will pile on us. Us? Yes, we the people of the United States of America.

We are the ones who have created a society in which we have become utterly dependent on abortion.

We are the ones who choose every year to turn to abortion clinics and drugs to end one out of five healthy pregnancies.

We are the ones who keep having sex outside of committed and marital relationships — and thus risking an unwelcome pregnancy.

We are the ones who keep having sex without using contraceptives, even when they are readily available.

We are the ones who fight over the politics of abortion without doing much to reduce demand for abortion.

Men, I speak to you: How many of you would really like to live in a society in which abortion was not available as a backstop for your sometimes casual and irresponsible sexual encounters?

How many of you churchgoing, supposedly God-fearing American men have ever had sex you shouldn’t have had — or failed to use birth control you should have used?

How many of you have been awfully glad that in the end abortion was available to save your marriage, your career, your reputation and your bank account? How many ministers in that number? How many politicians?

We can blame the Supreme Court for Roe v. Wade all we want. We can blame Planned Parenthood. But the Supreme Court voted as it did in large part because of how much demand there was for abortion in sexual-revolution America. The court has had 40 years to undo its decision. There has been no reversal of our national sexual practices — and consequently no reversal of that decision.

Republicans, I speak to you: For all your pro-life rhetoric, would you really pull the trigger on rolling back abortion access in any serious way? Would you really want to face the political consequences of making abortion largely illegal, in this libertine country? (We all might just find out after 2016 if a Republican is elected president.)

Democrats, I speak to you: Who among you are willing to say that this video reflects an attitude toward the moral status of fetal life that is less than appealing? And by the way, whatever happened to “safe, legal and rare”? Where’s your energy for seriously driving down abortion rates — and being willing to talk about why such a goal would reflect your party’s values of concern for the vulnerable and powerless? My highly personal response to the video is something like this: So this is what happens in the belly of the beast. People who help women end their unwanted pregnancies believe in the moral rightness of the work, so they get used to the less savory part of it. And then the products of their procedures turn out to have value to others. That value must be preserved. And we can talk about it over lunch.

Everything else is postscript.

(The Rev. Dr. David Gushee is Distinguished University Professor of Christian Ethics and director of the Center for Theology and Public Life at Mercer University. He is the author or editor of 20 books in his field.) 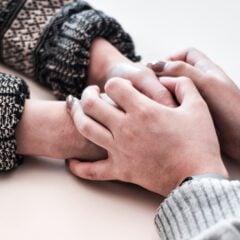 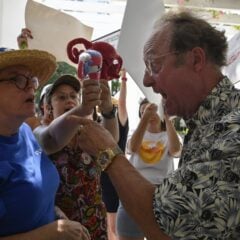 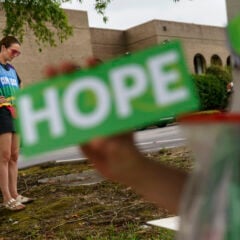 News
Abortion foes, accustomed to small wins, ready for a big one
Follow us on Facebook!
Submit your photos to RNS