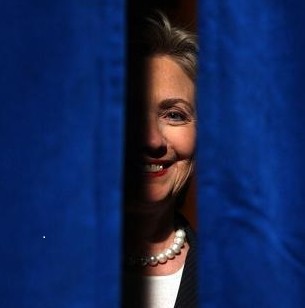 Re: Religion strategy for 2016

We are dispensing with any talk of a primary strategy in this memo. (Bernie Sanders? Jim Webb? Really?) Instead we will focus on how to do faith outreach in the general election campaign of 2016.

As you well know, faith outreach looks very different for us than it does for the Republicans. They are heavily dependent on white evangelicals and will try to lock them up at about 80%.

READ: “To POTUS 45: How to win the white evangelicals”

The Latino/a Christian vote is interesting. It’s much more changeable from election to election, and it does not operate like any other constituency. To the extent that this community is motivated by immigration reform as their main issue, that’s a huge winner for us, especially if the GOP goes into Romneyesque “self-deportation” territory. Some interesting polling reveals that Latino/a Catholics are much more concerned about climate change than white Catholics are. Interesting — we can capitalize on that. Overall, we have a chance to dominate in this constituency for years to come if we play our cards right.

The vast majority of Latino/a Protestants are evangelicals of some type. We have a much better shot at this vote than with white evangelicals. But they feel whipsawed between their more social conservative instincts on abortion and gay marriage over against their progressive instincts on other issues. This is a major challenge for us.

But every presidential election we underperform with white evangelicals. If we could get a third of white evangelicals rather than a fifth we could clean up — especially in swing states like North Carolina, Colorado, Virginia and Florida. A serious faith outreach effort to reachable evangelicals, both white and non-white, would be well worth the effort. We would never get half; but we don’t need half. We might especially consider focusing on the young, who are less conservative.

We also need to think about the mainline Protestants. They are still a sizable religious community even though not the powerhouse they once were. They are tired of being overlooked. What would happen if we made a fuss over mainline bigwigs the way the GOP does its evangelical heavy hitters? After all, a little direct attention from you would be very flattering to some of these folks. They used to run this country, after all.

There may be a rhetorical strategy that can help us there, and one that can speak to at least some evangelicals. That strategy is to speak the explicit language of what your tradition used to call “social Christianity.”

Talk about love and justice, about dignity and compassion, about solidarity with the neglected and marginalized. Talk about these as absolutely core values for you, and then translate them into specific policy commitments that you can name, such as humane immigration law, good schools for all children, reducing domestic violence, and an end to excessive use of force by police. You can quote scripture on these kinds of themes with at least as much integrity as anything that can be offered on the other side. But you have to go ahead and speak the values and faith language, not just the policy wonk stuff.

Strategic visits to the top congregations in all of the sectors we have named could be very useful for you. We could give you a list of the top 10 churches in each of these constituencies. You might even consider keeping in touch with them after you win!

And don’t worry about losing the increasingly large population of religious “nones” if you do all this. A lot of what is causing this disaffiliation is Christian Right religion and politics anyway. If you offer a better version of religion, they will warm to it, at least at the policy level, if not the religious level anymore. Our hardline secularists will just have to deal with it.

Our polling is showing a substantial difference, especially among the young, on the LGBT issue, over against the abortion issue. While there are a few largely Democratic constituencies who are uneasy with full LGBT equality, there are far more who are not comfortable with where we are on abortion.

You ought to consider communicating a strong desire to see our country reduce the number of abortions dramatically without making abortion illegal. You know, “safe, legal, and rare.” You can also point out ways in which the Affordable Care Act is helping and will help us get there. You could surprise a lot of people with a strong emphasis along these lines, and it will help you with most every religious constituency we have named in this memo.

Democratic faith outreach efforts were stronger in 2008 than in 2012. In a close election, we can’t write off entire religious communities. But we will need your support and serious resources to move beyond the “usual suspects” that we can generally round up for faith events. Direct face time with you will dazzle people. Please make time for it.

The political payoff could be huge for you, maybe even decisive in 2016. It could really help our party avoid being labeled as the secular party. And it might even help you govern by detoxing the culture wars, at least a little bit.