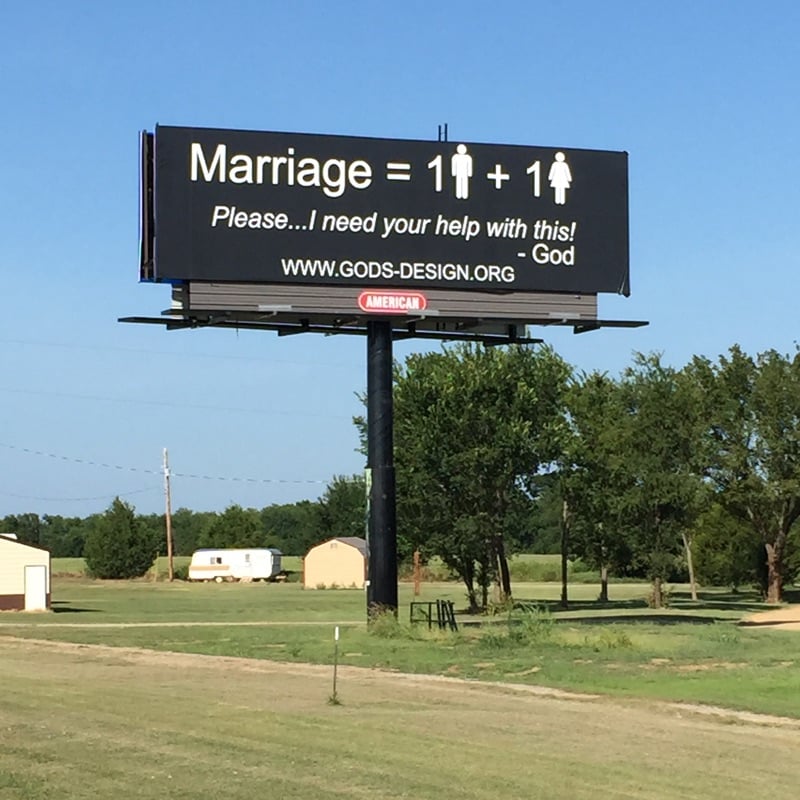 GRIMES, Iowa — After months of controversy, the Gortz Haus closed its doors last week in the wake of declining revenue — first, for its refusal to host gay weddings, then for discontinuing its wedding business altogether.

Though the Grimes bistro, art gallery and venue is no longer open, owners Richard and Betty Odgaard have no plans to put aside their religious campaign against same-sex marriage.

On the Facebook page for their ministry, God’s Original Design Ministry, the Odgaards say they plan to erect 1,000 billboards advertising their belief in upholding “traditional” marriage between one man and one woman.

The first billboard, a 14-foot by 48-foot black-and-white sign, went up outside of Durant, Okla., in late July. On Facebook, the group said the billboard was “funded 100 percent by your generous donations.”

Betty Odgaard declined an interview request. But she did stress that the billboard effort is not a campaign against the gay community.

Video courtesy of USA Today via the Des Moines Register

“It certainly isn’t coming from a hateful place,” Odgaard said. “What I’m most frustrated with is that it’s viewed as being hateful. And that’s the last thing that I want to convey. It’s just that we want to hold up the Biblical view of marriage.”

A Des Moines couple filed a complaint with the Iowa Civil Rights Commission in 2013 because the Odgaards’ refused to let them rent the venue for a same-sex ceremony. In a settlement last year, the Odgaards agreed to pay the couple $5,000 and to not discriminate against same-sex couples.

They did that by choosing not to offer wedding services to anyone — straight or gay — a decision the Odgaards said caused the business to fold.

The Odgaards were heralded by social conservatives who applauded them for sticking to their religious beliefs over business concerns. They were represented by attorneys through the Becket Fund for Religious Liberty, a group that litigates nationwide “to protect the free expression of all faiths,” according to its mission statement.

And they’ve become a favorite talking point of Texas Sen. Ted Cruz, who is campaigning for the Republican nomination for president. 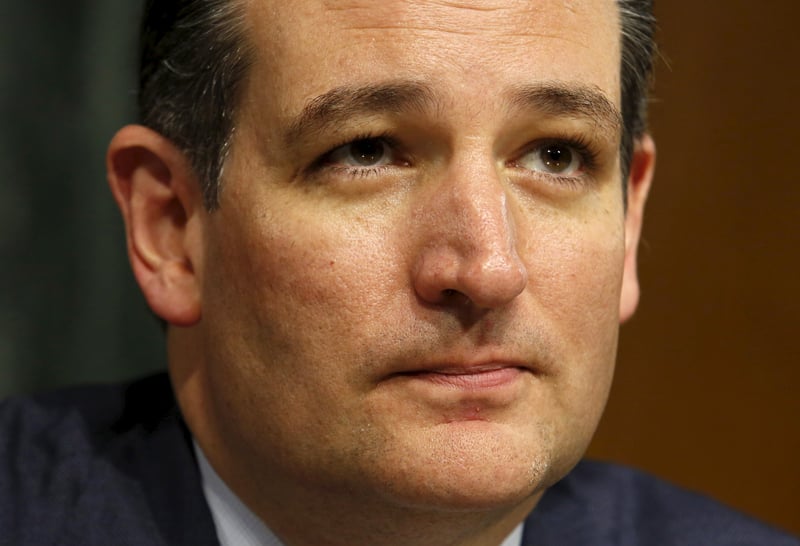 Cruz, who previously blamed “liberal fascism” for the demise of the Gortz Haus, will hold a “Rally for Religious Liberty” Aug. 21 featuring the Odgaards.

The couple is also slated to speak at November’s National Religious Liberties Conference in Des Moines. That organization’s website describes widespread religious persecution: “With an increasingly aggressive leftist minority rising, now is the time to bring religious liberties, parental rights, and freedom from big government to the forefront of consideration in national politics.”

Donna Red Wing, executive director of LGBT advocacy group One Iowa, said the couple seems to have the backing of influential and well-funded people.

“Clearly, Dick and Betty Odgaard are now a poster couple for the evangelical right,” she said. “I think that they have been encouraged to go in this direction. I’m sure there will be funding to help them reach their goal of hundreds if not thousands of signs.”

The billboards may spark discussion about religious liberties, but will otherwise have little effect, Red Wing said. Iowa legalized same-sex marriages in 2009 and in June, the U.S. Supreme Court upheld marriage as a constitutional right for all couples, regardless of sexual orientation.