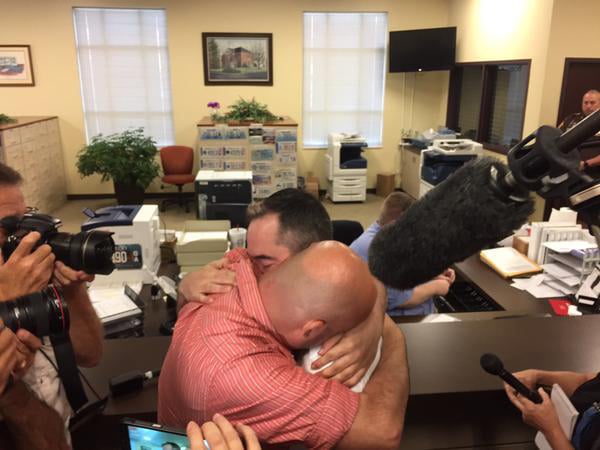 MOREHEAD, Ky. — As a Kentucky county clerk who refused to issue marriage licenses to gay couples sits in jail, a gay couple received a license from a deputy Rowan County clerk Friday.

As they exited the courthouse, they were greeted by supporters chanting “love has won.”

The couple said they were elated and overwhelmed.

It was the sixth time that Yates and Smith had sought a license. Yates said they already have two dates in mind for a wedding at a family home.

Jerry Calvert, a Morehead, Ky., resident said, “It’s a good day. It’s about everybody being OK, living together.”

Opponents were also outside the courthouse, waving signs that among other things called the Supreme Court decision that allows gay marriage “illegal.”

Marsha Moors-Charles, pastor of Bluegrass United Church of Christ, stood with gay-rights supporters and said she was willing to perform marriages if any couples asked. Across the walkway, other ministers shouted damnation.

While new civil rights laws are often slow to be accepted by some, she said, the “onslaught of bigotry and prejudice” that has followed the Supreme Court ruling has been “heartbreaking.”

Penny Stinnett, who was protesting the licenses outside, accused the deputy clerks of backing down and selling “out their salvation” even though Davis has been dedicated to her employees.

“I think it’s sad,” she said. “I think everybody in that office should have stood behind Kim Davis.”

Earlier, Davis’ husband said she remains in good spirits and is prepared to remain in jail for months. 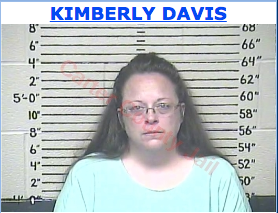 “She won’t resign I promise you,” he said. “Until something gives, she’ll be there.”

Joe Davis said he went out to eat with the five deputy clerks who agreed in court Thursday to issue marriage licenses to same-sex couples. He said he anticipates that they will keep their word and has no hard feelings against them despite his wife’s adamant refusal to authorize the forms.

At least two couples planned to return to the Rowan County Courthouse on Friday to request licenses from the five deputy clerks who say they will comply with the court to avoid jail.

Issuing licenses could pave the way for Kim Davis’ release from federal custody, though the judge seems cautious about letting her out too soon. If deputy clerks continue to refuse, the judge is expected to call them back to court. 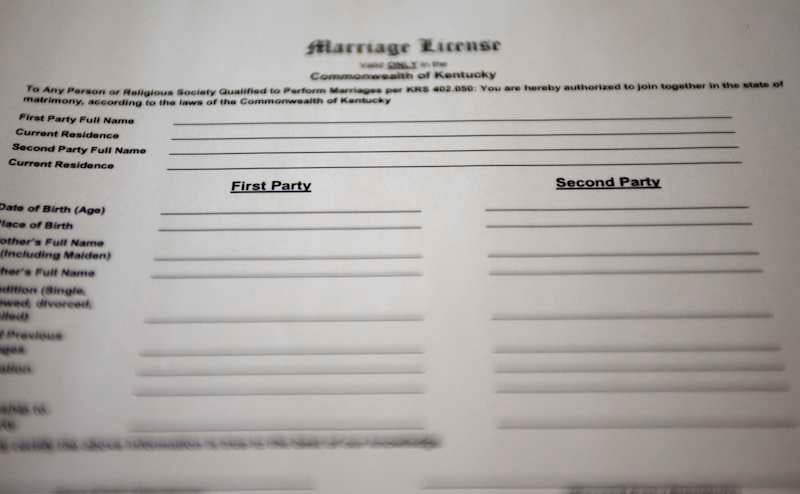 Joe Davis said he doesn’t respect or fear Bunning, and he laid blame with Kentucky Gov. Steve Beshear, who has declined to call a special session to rewrite state law on marriage certificates.

“You ain’t no governor because you have no backbone,” he said.

Davis said he spoke with his wife last night on the phone and the family plans to continue fighting. He said he plans to go to Frankfort next week to confront Beshear.

But Davis also said he doesn’t plan to stand in the way of any licenses Friday.

“We don’t want no violence at all,” he said. “And we don’t hate these people. That’s the farthest thing from our hearts.”

(Wynn and Kenning report for The Courier-Journal in Louisville, Ky.)