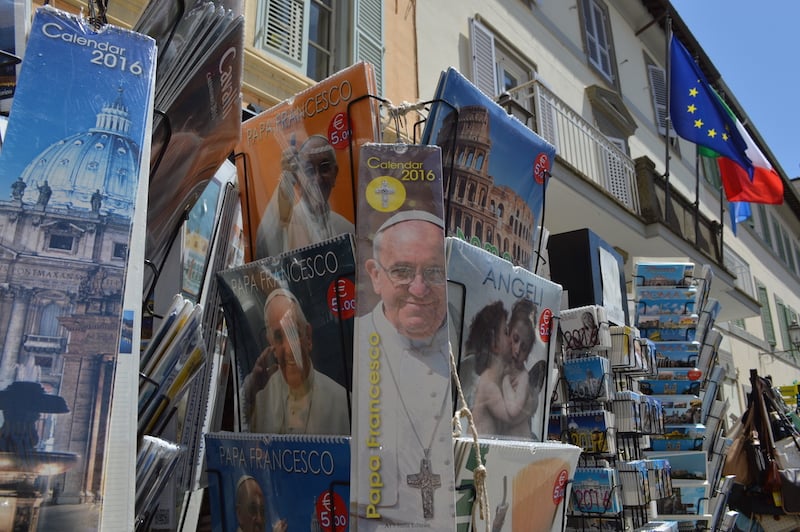 CASTELGANDOLFO, Italy (Reuters) – If you’ve ever wanted to see the world from the viewpoint of a pope, now you can.

The Vatican has turned part of the lavish papal summer estate south of Rome – which the frugal Pope Francis has never used – into a museum and linked it to Rome via a train.

Both were inaugurated on Friday (Sept. 11) and one of the main draws is a chance to stand at the window overlooking a large courtyard from where popes before Francis blessed crowds every Sunday for weeks during their summer breaks.

Seven large rooms in the now unused villa house a papal portrait gallery and pontifical artifacts, such as intricately embroidered liturgical vestments, elaborate thrones going back hundreds of years, and several pair of papal slippers, including those worn by Pope Pius V, who died in 1572.

Recalling a time when popes preferred pomp, visitors can also inspect the costume of the “mazziere,” or mace bearer, a sort of papal bouncer whose job during the Middle Ages was to elbow people to the side if they got too close as the pontiff passed.

Pope Francis, a workaholic who has also renounced the papal apartments in the Vatican in favor of a suite in a guesthouse, does not take vacations. His shunning of Castelgandolfo led to a drastic decline in tourism that hurt the local economy. Castelgandolfo, located 15 miles south of Rome, has been a summer palace for popes since 1624. Religion News Service photo by Francis X. Rocca.

Opening the palace doors “was the pope’s initiative,” said Antonio Paolucci, head of the Vatican Museums. “Francis said ‘I won’t go to Castelgandolfo because I have too much to do at the Vatican’ and so he told me to open the palace and the grounds to the public.”

“The people of Castelgandolfo were certainly disappointed that the pope decided to not spend his summers here. This is a chance to draw attention to the city again and help the economy,” Paolucci said.

READ: Pope Francis’ environmental encyclical is even more radical than it appears

A special train will run on Saturdays from the Vatican to Castelgandolfo, about 35 km (20 miles) south of Rome.

Tourists can see the Vatican Museums and gardens and then take the train to the Castelgandolfo estate and the satellite museum.

For the inaugural run on Friday, Italy’s state railways used a 100-year-old, coal-powered locomotive that belted out dark clouds of smoke as it left the Vatican pulling antique carriages, including one used by Pope John XXIII in 1962.

At 136 acres (55 hectares) the Castelgandolfo estate is about 25 percent larger than Vatican City, with woodlands and a working farm with about 100 cows producing 1,300 liters of milk a day.