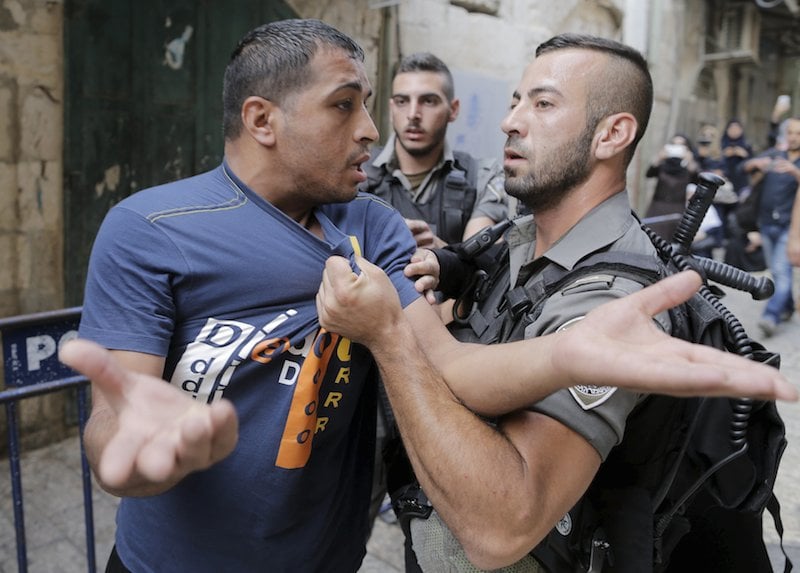 JERUSALEM (Reuters) – An Israeli motorist died in a crash in the Jerusalem area overnight, apparently after someone threw a stone at his vehicle, police said, as Israeli-Palestinian tensions mounted in the city over the Jewish New Year.

The driver lost control of his car overnight and died of his injuries early on Monday, police said.

Police also arrested several Palestinians who they said had thrown rocks and iron bars at officers near Jerusalem’s al-Aqsa mosque, part of a compound revered by Muslims as the Noble Sanctuary and by Jews as the Temple Mount.

Police had raided the site’s main plaza a day earlier, using tear gas and throwing stun grenades at Palestinian youths, in what they said was a bid to head off Palestinian attempts to disrupt visits by Jews and tourists for the Rosh Hashana holiday.

Netanyahu said he would meet with senior ministers on Tuesday to try to find a way to eliminate stone throwing and fire bomb attacks in Jerusalem, according to an official in his office.

The prime minister, the official said, “plans to fight the phenomenon by all means, including making punishments more severe and enforcement.”

Israeli-Palestinian peace talks have been frozen since 2014. While violence in the West Bank and East Jerusalem has not approached the levels of past Palestinian uprisings, there has been a surge of Palestinian stone-throwing.