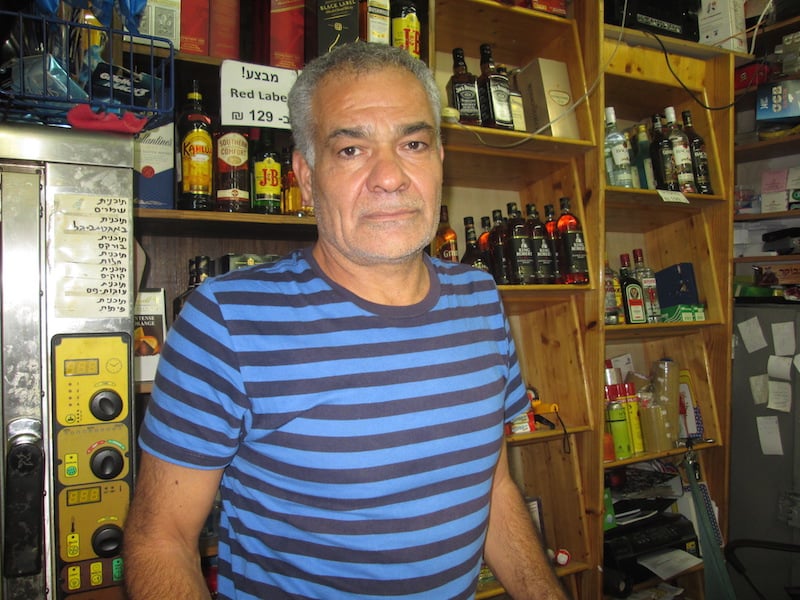 Yossi Cohen, whose downtown Jerusalem convenience store has been operating on the Jewish Sabbath for 20 years, faces fines if he doesn’t shutter his store from Friday night-Saturday night. Photo courtesy Michele Chabin

JERUSALEM — Yossi Cohen was shocked when city inspectors warned him last month to close his downtown convenience store during the Jewish Sabbath or else be socked with fines.

“For 20 years I’ve been open during Shabbat (the Hebrew for Sabbath) and suddenly the city decides I have to close?” said Cohen, one of eight convenience store owners ordered to shut down from sundown Friday until Saturday night.

“The message is clear: The municipality doesn’t want non-religious people in this city.”

The closure order, which faces a court hearing next Wednesday (Sept. 16), was part of a compromise that Jerusalem Mayor Nir Barkat recently struck with ultra-Orthodox city council members who threatened to block a movie multiplex from opening on the Sabbath in a secular part of the city unless the convenience stores were shut on the Sabbath.

The mayor agreed to close the eight markets but allowed a dozen others in different Jewish neighborhoods to remain open on Saturdays.

The mini-market standoff is the latest battle over the religious character of this city between the ultra-Orthodox and more secular Jews.

The 330,000 residents in West Jerusalem — which is overwhelmingly Jewish, unlike the mostly Arab eastern part of the city — have very different views on how to observe the Sabbath. Roughly half the people are ultra-Orthodox, while the other half range from moderately Orthodox to secular, along with a few thousand Muslims and Christians.

“What we’re seeing in Jerusalem is part of a national battle over the public domain and who owns it,” said Uri Regev, president of Hiddush, which promotes freedom of religion in Israel. “How does Israel balance between a Jewish state, a democratic state and a state for all its citizens?” 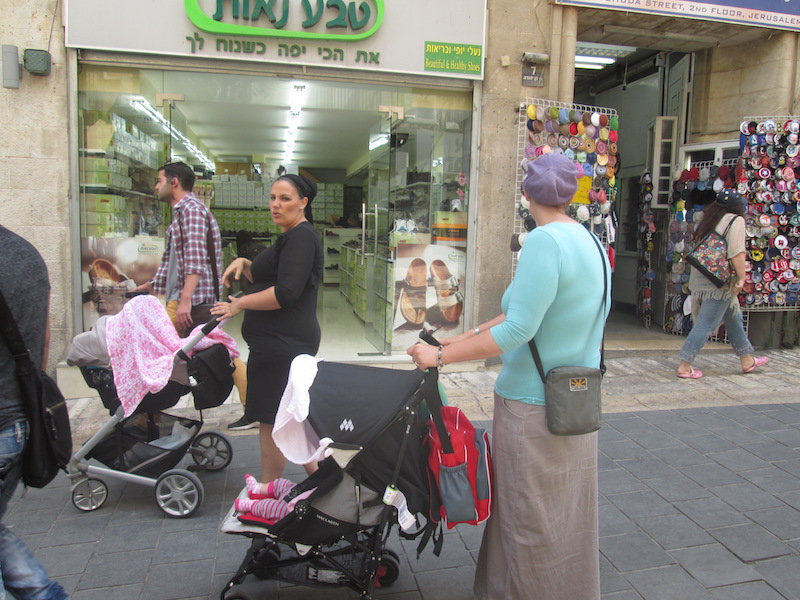 In overwhelmingly Jewish West Jerusalem half the residents are ultra-Orthodox, the other half range from modern-Orthodox to secular. Photo courtesy Michele Chabin

Haredi Jews, who hold more than a third of the city council seats and wield strong political clout in Prime Minister Benjamin Netanyahu’s razor-thin coalition government, say being open on the Sabbath destroys the sanctity of the day of rest.

Over the years, thousands of Haredi men have clashed with police over such issues as where vehicles can drive on Saturdays to the opening of a municipal parking lot near the tourist-filled Old City. Now they are trying to halt plans for a rent-a-bike program unless the bicycles stand idle on the Sabbath.

Arieh King, a Haredi city councilman, said the mayor is simply enforcing a nationwide law by shutting the convenient stores on Saturday, even though the law is often ignored.

“We have the same law in Tel Aviv and Haifa, but it’s much more important in Jerusalem because this is the holy city. We want to maintain the unique, special character of the city, the very thing that draws tourists here,” he said.

King said the law also protects the rights of workers, “including secular workers who want to spend the day resting and being with their families.”

Einav Bar, a secular city councilwoman, said even the city’s secular residents savor the “quiet, family-centered atmosphere that envelops West Jerusalem on Friday afternoons,” when public transport and shops shut down before the start of the Sabbath.

But she fears the mayor’s crackdown “could drive non-religious residents and tourists from the city.”

Since Barkat, who is secular, became mayor in 2008, Bar said, “many more restaurants and entertainment spots have been open on Shabbat, and the exodus of non-religious residents has slowed. These strides won’t continue if people don’t feel welcome.”

In response, the city noted that current law allows restaurants, cinemas and entertainment spots to remain open on the Sabbath, and that will continue.

That is little comfort to Yinoun Elkayam, a mini-market owner threatened with closure.

“A third of my business occurs on Shabbat. If I can’t work on Shabbat my business won’t survive,” he said. “I let people live the way they want to. Why can’t they let me do the same?”