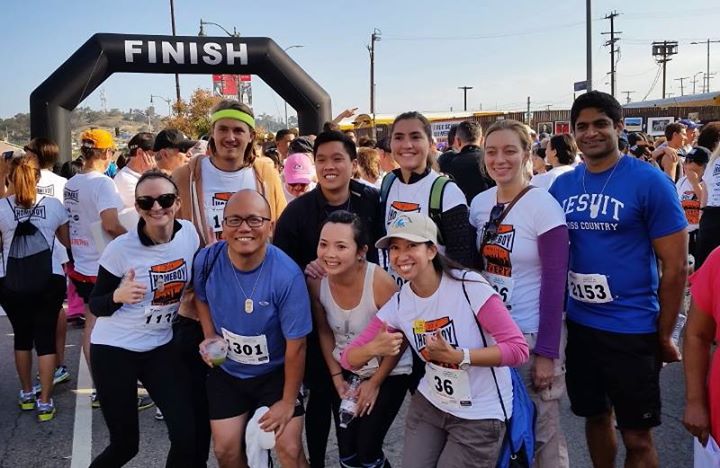 LOS ANGELES (RNS) When Regina Bunye catches sight of Pope Francis in Philadelphia on Saturday (Sept. 26), it won’t be her first glimpse of the pontiff. Last year, she took part in a pilgrimage to Rome, where she got within 20 feet of Francis, who waved to her group.

“It’s kind of like seeing a rock star up close,” said Bunye, 36. “He is just a connection away from St. Peter and then Jesus … and he’s an incredible man.”

Like Bunye, the young adults descending on Philadelphia this week may be Francis’ biggest fans. 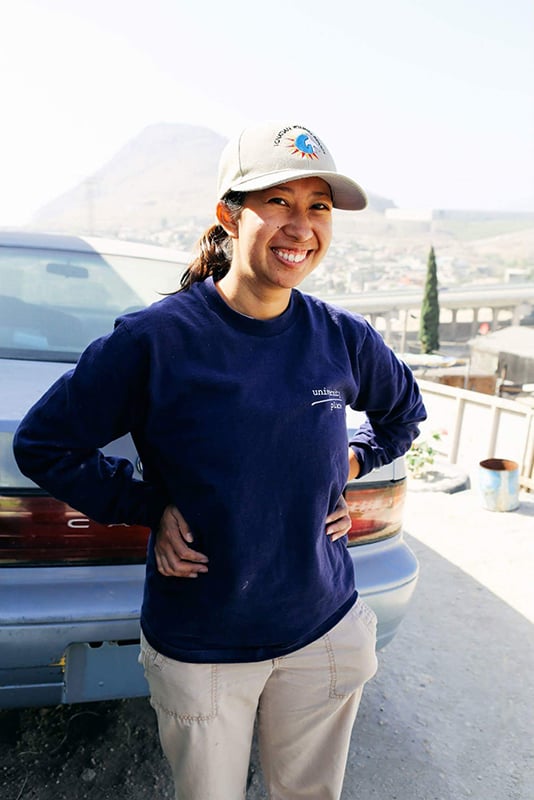 When Regina Bunye catches sight of Pope Francis in Philadelphia on Saturday (Sept. 26), it won’t be her first glimpse of the pontiff. Last year, she took part in a pilgrimage to Rome, where she got within 20 feet of Francis, who waved to her group. Photo by Tam Lontok, courtesy of Regina Bunye

Yet, as a repeat pilgrim, weekly Mass-goer and parish volunteer, Bunye represents a fading demographic: young adult Catholics intensely involved in their church.

Only 15 percent of American millennials define their religion as Catholic, compared with 20 percent of all Americans, according to a recent Pew Research Center poll. Another 10 percent say they are only culturally Catholic, and 9 percent have left the church.

Even among self-identifying young Catholics, most practice their religion sporadically, said University of Notre Dame sociologist Christian Smith, who has studied Catholic millennials through the National Study of Youth and Religion. A small minority is engaged in the church, he said, and they typically don’t follow traditional Catholic teachings.

Various studies find that anywhere from 15 percent to 30 percent of young Catholics go to Mass weekly.

But for Bunye, the church “has been part of my life from the very beginning.”

She grew up in a Filipino Catholic family in Hawaii, and her mom taught religious education.

In college, she attended church, but classes and socializing took precedence. After graduation, she found herself wanting a faith community. When she moved to Los Angeles, she joined the choir at Blessed Sacrament Parish, a Jesuit church in Hollywood.

“It’s true — when you sing you pray twice!” Bunye said.

While singing in a choir at a contemporary Sunday evening Mass a few years ago, Bunye got the idea to start a young adult group at Blessed Sacrament.

“I could see all these other young adults, but … we didn’t know each other,” said Bunye.

Since 2013, Ignatian Young Adults has developed a small but strong core of members. Like Bunye, most have gone on retreats with Christus Ministries, the Jesuit young adult program through which she traveled to Rome. But building the group beyond this core has been difficult.

“I was told that starting a young adult ministry, you cannot have high expectations as far as attendance and regularity of members, and that’s certainly been the case,” Bunye said. “Young adults come and go, especially in LA.”

Since Bunye started the young adult group, church has become even more central to her life. By day she works in casting for television, but she spends much of her free time planning young adult events and serving on the parish council. She even met her boyfriend through the group, though she emphasizes that Ignatian Young Adults is a spiritual community rather than a social group.

Because of her parish involvement, Bunye was asked to represent Blessed Sacrament in Philadelphia.

But she won’t be attending the World Meeting of Families, a convention held every three years in a different city and intended to bring traditional Catholic families together for panels and workshops.

Bunye may be fully committed to the church, but like most young adults, she is not a traditionalist.

Pope Francis’ “who am I to judge?” attitude toward LGBT individuals is a step in the right direction, she added.

Between 56 percent and 74 percent of young Catholics say the church should accept gay marriage, birth control, divorced and cohabiting couples, and female and married priests, according to the Pew survey.

Instead of the World Meeting of Families, Bunye will represent Blessed Sacrament at the Faith Matters in America Summit, a PICO Network event held concurrently with the pope’s visit and focused on “the sins of racism and economic exclusion and exploitation.” Pope Francis blesses a schoolchild upon departure Sept. 24, 2015, from the Vatican Embassy in Washington during his first visit to the United States. Photo courtesy of REUTERS/Gary Cameron

READ: Girl gives letter to pope, fears her parents will be deported

Bunye joined Blessed Sacrament not only for the choir but also for the Jesuits’ emphasis on social justice.

Her grandfather ran prisons in the Philippines and advocated a more humane approach. She’s followed in his footsteps by getting involved in criminal justice issues and supporting the Jesuits’ gang reduction ministry, Homeboy Industries.

The Jesuits, she said, “provide a wonderful example for me and other young adults who want to do something with our faith.”

The way Pope Francis lives out his faith in a broken world is what attracts young adults to him, said Darius Villalobos, director of the Young Adult Ministry Office for the Archdiocese of Chicago. Moreover, Francis does it with joy.

“A faith that is excited and enthusiastic and happy — that’s attractive to anyone, but especially for young people, it’s inspiring,” said Villalobos, who is bringing 52 young people to Philadelphia to see the pope.

Young adult Catholics may be declining in numbers, but Pope Francis’ joy will be palpable in the expected million-plus pilgrims in Philadelphia.

“My faith is buoyed in finding the faith in others,” Bunye said. “When I’m back home, it’s a great encouragement.”