On Monday (Sept. 28), a group of about 20 publicists, media moguls and celebrities gathered at Morrell Wine Bar at Rockefeller Center to hear the 59-year-old music great announce her retirement and farewell tour.

Patty’s career has spanned some four decades, during which she accumulated five Grammy Awards, four Billboard Music Awards and 40 Dove Awards. She is one of only a few musicians to perform at three separate presidential inaugurations.

“No matter what you do, there comes a time when you should step away,” Patty said. “And mine has finally come.”

Patty was born in Oklahoma City; she made her musical debut at age 2, singing “Jesus Loves Me” at her family’s church. She admits to being a shy child who was uncomfortable on stage during most of her life. But she says singing somehow helped her overcome this obstacle.

“Music has been my voice when I felt like I have not had a voice,” Patty said. 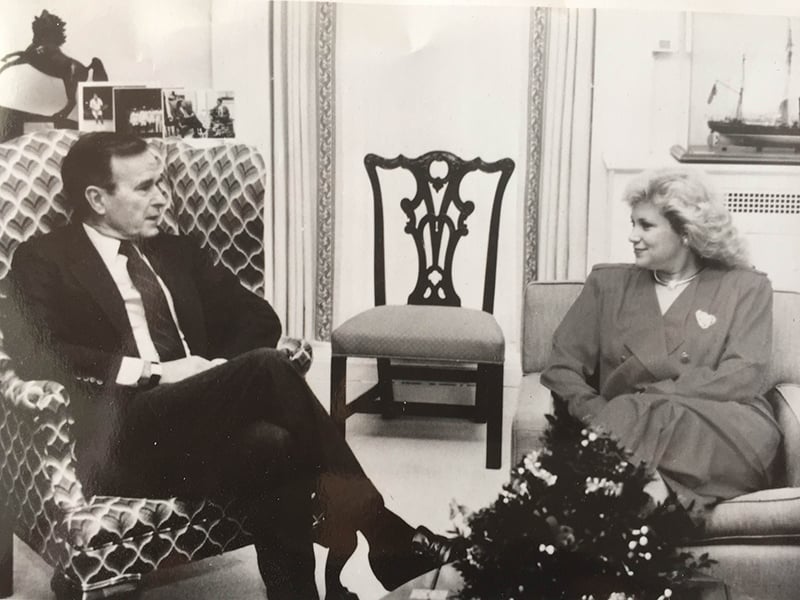 The balladeer’s official career began during college when she was studying to become a teacher and accepted a gig singing backup vocals for the Bill Gaither Trio. But years later, she was catapulted into the national spotlight when she performed “The Star-Spangled Banner” at the rededication of the Statue of Liberty in 1986. Vocalists were soon reproducing her rendition of the national anthem at sporting events and ceremonies across the country.

As her popularity grew, Patty became one of the first Christian artists to gain the attention of mainstream audiences, even making multiple appearances on “The Tonight Show” with Johnny Carson. 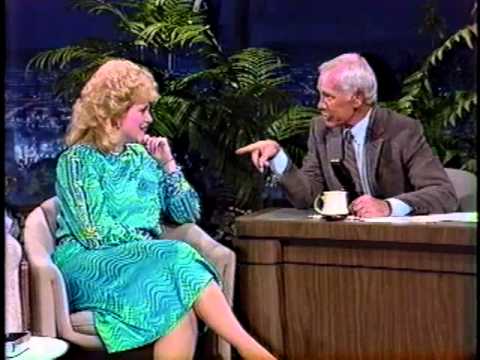 Sandi Patty during an appearance on “The Tonight Show” with Johnny Carson. Photo courtesy of Mike Atkins Entertainment

At the height of her career, she was extolled by the faithful as a role model for what a good Christian wife and mother looks like. But in 1995, she admitted to having two affairs that resulted in a public divorce. As the scandal of her personal life became more widely known, many Christian stores and radio stations banned her music, forcing her to step away from the spotlight.

“In the Christian music industry, divorce was just a big no-no,” Patty said. “There were people who, in their own hurt and brokenness, could not come alongside of me. I was prepared to walk away from Christian music.”

But her musical hiatus did not last.

Patty said the divorce meant that many “people stopped wanting to hear” what she had to say, but she did not feel called to quit. She released more than a dozen award-winning albums from 1996 to 2015.

Patty’s influence is apparent in her accomplishments and accolades, but it was also felt around the lunch table on Monday. Among the attendees were representatives from Guideposts Magazine, The Huffington Post and Sirius XM Radio. The ends of the table were flanked by a television producer from ABC and Emmy Award-winning television host Rita Cosby.

“As a woman and as a Christian, Sandi Patty has always been an incredible inspiration to me,” Cosby said. “She is a role model for how we should live our lives and how opportunities are limitless as long as you stand for what you believe.”

Kathie Lee Gifford also made a short appearance after naming Patty as one of her “favorite things” and “one of the greatest voices God ever gave a human being” on NBC’s “Today” show.

While Patty’s music has influenced millions, the market’s demand for her musical style has waned. Christian music took on a more popular sound during the “contemporary Christian music” boom of the 1990s and has been dominated by the guitar-driven “worship” genre since the early 2000s. Her traditional sound doesn’t fit neatly within either trend. 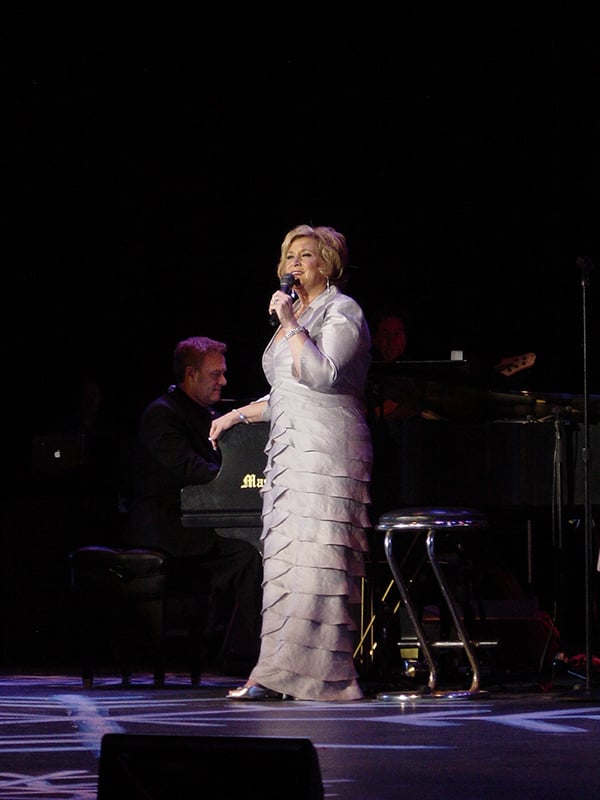 But rather than slip away quietly into the night, Patty wants to end her storied career on a high note. She plans to revisit her adolescent dream of teaching by launching an online certificate program in “worship arts and leadership” at Mid-America Christian University in Oklahoma City. And in February, she will launch “Forever Grateful,” a yearlong farewell tour, which will include approximately 90 dates and a performance at Carnegie Hall.

Patty said she “didn’t want to just quit,” but rather to do something to thank all the people who have supported her through the years. She recalls the end of Jesus’ ministry, when he served his followers a meal, washed their feet and taught them one last time.

“The Bible says Jesus ‘loved them to the end,’ and that’s what I want to do,” a teary Patty said. Her fans “think the music has made a difference in their life, but it has meant more to me.”