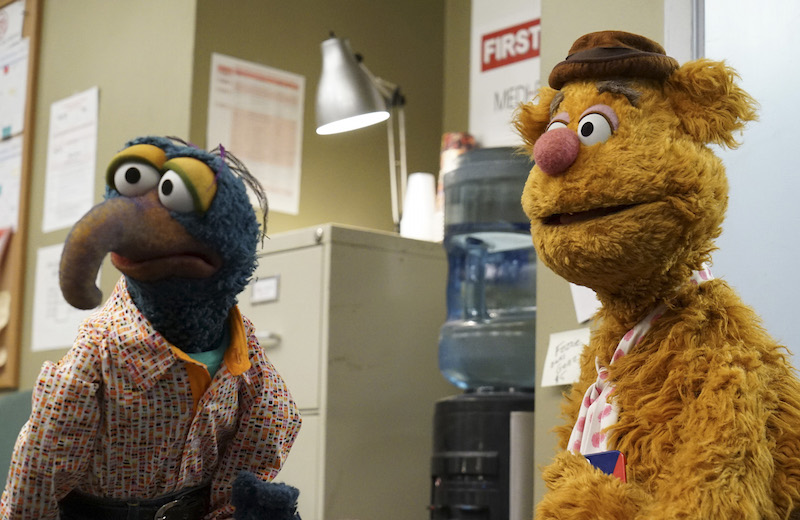 THE MUPPETS – “Hostile Makeover” – In an attempt to make Miss Piggy happy, Kermit sets her up with Josh Groban who fills her head with ideas on how to make Up Late with Miss Piggy better. Meanwhile, Fozzie is invited to a party at Jay Leno’s house and everyone is annoyed that Bobo is selling cookies for his daughter’s troop, on “The Muppets.” Photo of Gonzo and Fozzie Bear courtesy ABC Television Network. (ABC/Eric McCandless)

(RNS) The Muppets are back — and they’re having a lot of sex.

So much, in fact, that Franklin Graham and One Million Moms called for “responsible viewers everywhere” to urge ABC to drop the new series. The reboot, warned Graham on his Facebook page, will cover a range of topics, including sex and drugs, with no topic off-limits.

“The puppet characters loved by kids in the 1970s and 1980s,” reads a release from One Million Moms, “are now weighing in on interspecies relationships and promiscuity.”

It’s not every day that either Graham or the Moms find mainstream support, but even the A.V. Club’s Gwen Ihnat found herself forced to explain to her child one of the show’s many sexual innuendos.

Though the original “Muppet Show” had a certain level of mischievousness and grown-up humor, there was something in each episode that is as of yet missing from the new version: simplicity of heart.

READ: It’s time for evangelicals to speak up for animals (COMMENTARY)

There’s something very simple about a Muppet: a fabric body, googly eyes, an unkempt mop of hair. So simple, in fact, that even children can make them. In 1969, creator Jim Henson appeared on Iowa Public Television to teach them how it can be done — all that’s needed, he explained, are socks and buttons and maybe even a potato.

But for all that simplicity, Henson saw his creations as being infused with the ability to communicate complex truths about reality.

When Henson brought his creative teams together, said Joseph Foy, one of the editors of the book “Jim Henson and Philosophy,” he had something deeper in mind: changing people’s lives.

In the book’s foreword, for example, Craig Yoe, former creative director of the Muppets, recalls a time Henson brought creatives into a conference room and said, “Let’s think of an idea that will bring peace to the world in our lifetime.” 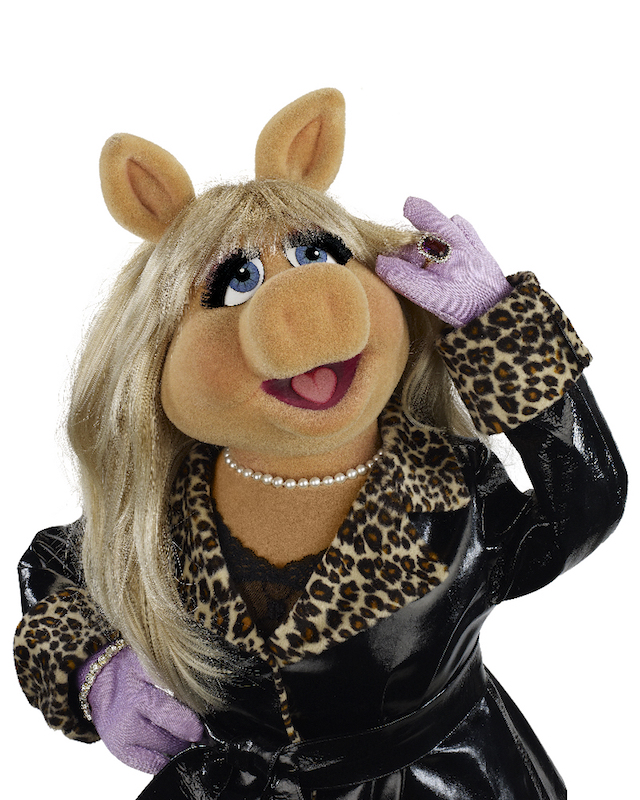 Granted, a children’s show about adorable creatures that live and sing in a cave didn’t achieve world peace — but it taught its fans how to live peaceful, compassionate lives. Henson’s hope was that teaching children to consider other perspectives would ultimately result in a kinder world.

Foy said Henson saw himself as a myth-maker who understood the power of stories.

The only stories the new Muppets seem to care about are the ones they tell to get what they want. As a result, the show suffers from what, since the finale of “Seinfeld,” has become an overused writing gimmick: no real resolution to the characters’ problems.

That’s a far cry from Henson’s original hope of leaving the world a little better than he found it.

Henson was raised as a Christian Scientist, as Timothy Dale, co-editor of “Jim Henson and Philosophy,” explains. But Henson “began to distance himself from the church” later in life, Dale said, choosing instead to emphasize “a broader message of inclusivity and diversity that wasn’t bound by any particular doctrine.”

In his biography of Henson, Brian Jay Jones acknowledges the Muppet creator’s move away from his childhood religion, particularly after the death of his mother.

“When it came down to it, Jim was more spiritual than religious,” he writes.

Henson himself fleshed out his spiritual impulse in “It’s Not Easy Being Green.”

“I believe in taking a positive attitude toward the world,” he wrote. “I try to tune myself into whatever it is that I’m supposed to be, and I try to think of myself as a part of all of us — all mankind and all life.”

Those were ideas that always shined through his creations. Muppets have always had weaknesses — Miss Piggy’s a diva, Kermit is passive-aggressive — and part of the humor of “The Muppet Show” was watching them work through their flaws. In the reboot, though, the weaknesses aren’t worked through as much as they’re played up.

As a result, some critics have voiced disappointment with what have become unlikable characters.

But if the new Muppets present us with some new questions to think through, they continue to offer us some old ones to chew on — questions that might even have theological implications.

For example: What is a Muppet?

For Henson, claims Dale, “what it means to be a Muppet is to be a unique creature that exists at the edge of reality and fiction.”

“Here’s some simple advice,” Henson once wrote. “Always be yourself.”

But that’s easier said than done when you’re on a set peopled by puppets, operated by people hiding outside of the camera’s frame. When Henson manipulated and gave voice to Kermit, who was the performer — the green fabric on Henson’s hand, or the puppeteer?

Dale argues that asking these questions of Muppets allows us to think generally about what it means to be on a stage. “How do we know that we are in control of our own lives?” he asks. “Who are we performing for?”

While the original series took place backstage at the characters’ own variety show, the new one, shot mockumentary-style, is set backstage of a late-night program called “Up Late With Miss Piggy.” The behind-the-scenes feel gives characters in both shows a knowing, self-aware kind of humor.

Two episodes into the series, it doesn’t seem like the Muppets are that worried about keeping their secrets from viewers. Certainly some charges of over-share can be largely blamed on the mockumentary interviews, which are intended to present the characters without filters. But it would be nice to see some of those raw personalities, at least some of the time, work toward improving.

These are, after all, the simple characters that Henson created to help teach the world basic humanistic principles — such as learning to love others for who they are, said Dale, or learning to love ourselves for who we are. “There is something transformative and divine in that.”

It’s a simple idea, really. So simple, in fact, that the new muppets seem to have overlooked it.

News
Franklin Graham urges evangelicals to get vaccinated before it’s ‘too late’
Follow us on Facebook!
Submit your photos to RNS