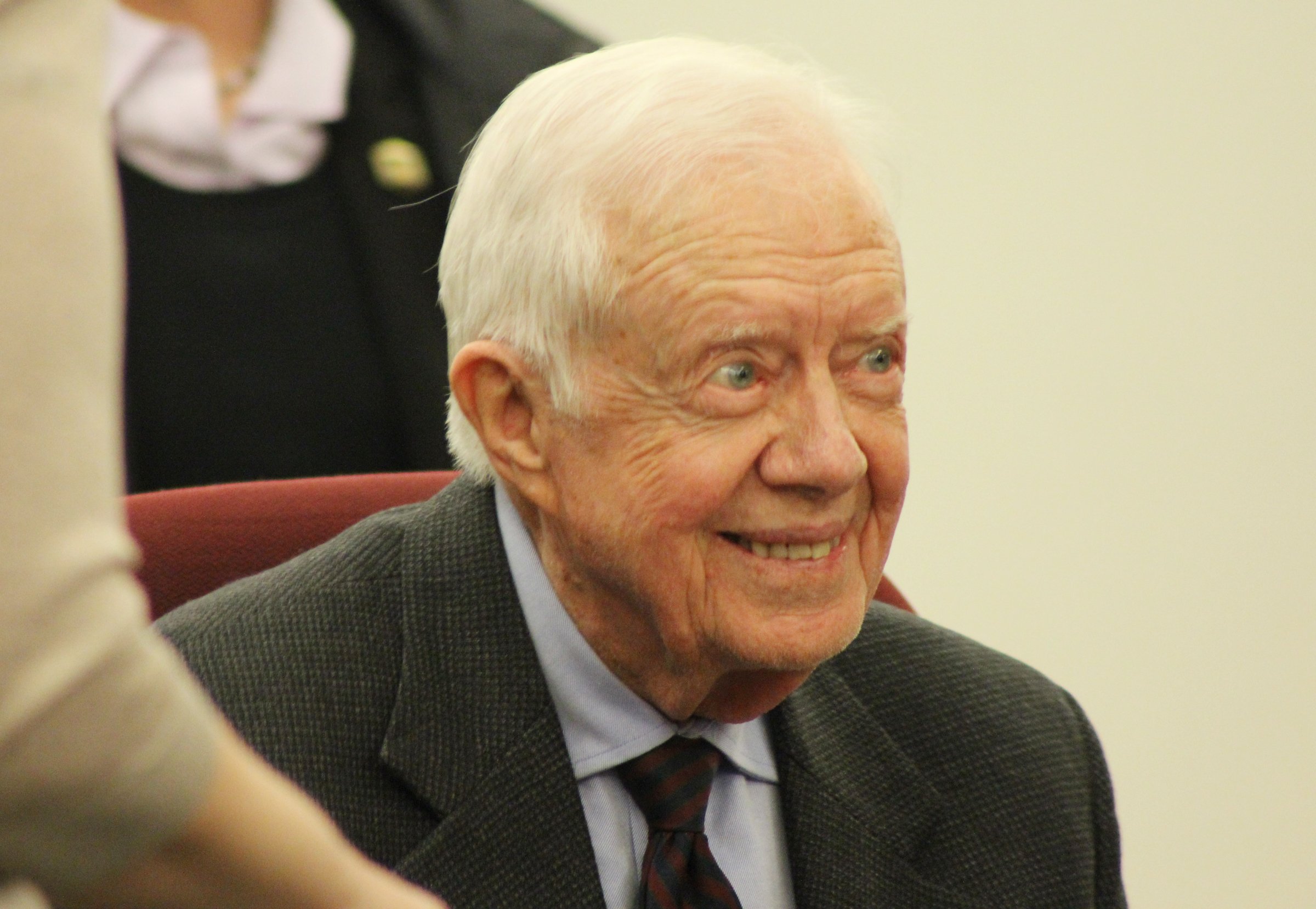 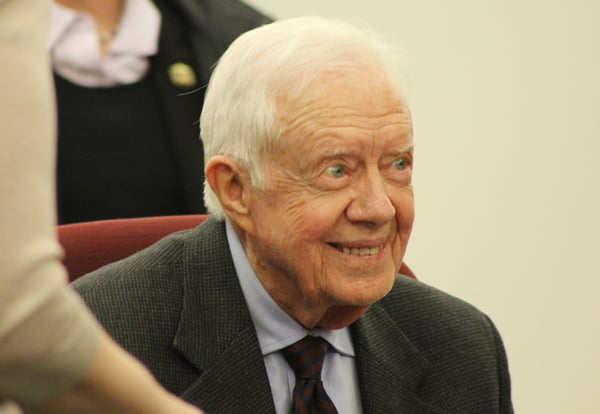 Former President Jimmy Carter during a book signing at The Washington Post on March 26, 2014, for his book “A Call to Action: Women, Religion, Violence and Power.” Religion News Service photo by Adelle M. Banks

ATLANTA  (Reuters)  Former President Jimmy Carter is helping settle a dispute between Martin Luther King Jr.'s children over whether to sell King's 1964 Nobel Peace Prize medal and the Bible he carried during the civil rights movement.

Earlier this year, a judge in Georgia approved mediation to resolve the legal fight after attorneys in the case said they were close to an agreement and that a mediator would help finish it.

Carter, who is 91 and undergoing treatment for cancer that has spread to his brain, said in a statement he was optimistic about his work with King's children. He met with them on Monday at the Carter Center in Atlanta.

"I am honored to be working with the King family in an effort to resolve the outstanding legal issues relating to their remarkable family legacy," said Carter, who played a key role in Middle East peace negotiations during his presidency and also won a Nobel Peace Prize in 2002.

"I have great respect for each of the three heirs of this legacy. They are working diligently with me and I believe we will be able to resolve these difficult disputes once and for all."

In a joint statement released after Monday's meeting, the King siblings said, "We are truly honored and encouraged by President Carter's involvement and we look forward to a positive resolution."

Carter and the King family said they would have no further comment because the mediation is confidential.

Martin III and Dexter, acting as majority board members of their father's estate, voted last year to sell the Peace Prize and Bible, which was used by President Barack Obama during his second inauguration.

The King estate then sued Bernice King after she refused to turn over the items. A judge later ordered her to surrender the Bible and medal to the court for safe keeping while the dispute was revolved.

King won the Nobel Peace Prize in 1964, four years before he was assassinated in Memphis, Tennessee.