Researchers investigating beneficial new uses for psychedelic drugs have set their sights on what may seem an unlikely group of volunteer subjects — your local priest, minister or rabbi.

(RNS) Researchers investigating beneficial new uses for psychedelic drugs have set their sights on what may seem an unlikely group of volunteer subjects — your local priest, minister or rabbi.

Scientists at New York University and Johns Hopkins University have already shown positive results in an expanding program where psychotherapists have used psilocybin, the active ingredient in “magic mushrooms,” to treat depression and acute anxiety in cancer patients.

Roland Griffiths, a professor of psychiatry and behavioral sciences at Johns Hopkins, is leading the new research, which stems from findings that volunteers who’ve taken psilocybin in a wide variety of research settings often report profound mystical experiences.

Griffiths wonders whether these altered states of consciousness are the same as those reported by longtime meditators or highly religious individuals. And he now has a three-pronged research project that will attempt to answer that question.

First, anyone in the world is invited to participate in an online survey about mystical experiences and “God-encounters,” whether they were inspired by Christian prayer, Buddhist meditation, a walk in the woods or a dose of LSD in the 1960s.

Second, spiritual seekers with extensive experience in Buddhist or other forms of meditation are being sought for another study that allows them to try psilocybin in a clinical setting with experienced guides. Eighteen of an anticipated 40 research subjects have gone through sessions for that project at Johns Hopkins. 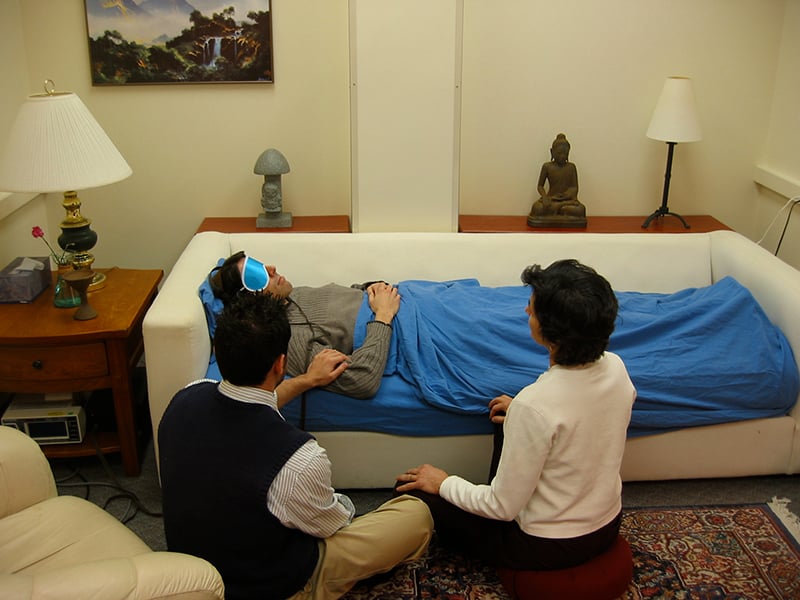 Scientists at New York University and Johns Hopkins University have already shown positive results in an expanding program where psychotherapists have used psilocybin, the active ingredient in “magic mushrooms,” to treat depression and acute anxiety in cancer patients. Photo by Matthew Johnson/courtesy of Johns Hopkins

Longtime contemplatives, Griffiths said, “have a vocabulary and a nuanced understanding of the nature of mind.” He hopes that insight will help scientists identify differences and similarities between mystical states induced by drugs and those induced by meditation.

Griffiths has had the hardest time getting volunteers for the third part of the research — the study involving ordained ministers. He and colleagues at NYU are looking for two dozen full-time members of the clergy in any religious denomination.

Organizers of the three studies have tried to get the word out via websites, advertisements in specialty publications and fliers — including one with the headline “Hopkins Scientists Seek Religious Leaders to Take Part in a Study of Psilocybin and Mystical Experience — Can Psilocybin Help Deepen Spiritual Lives?”

After extensive preliminary screening, including medical and psychological tests, 12 subjects will receive psilocybin in living-room-like psychedelic session rooms at NYU in Manhattan and at Johns Hopkins in Baltimore. Subjects wear eyeshades, listen to evocative music designed to heighten the journey inward and are monitored by two therapists, who provide reassuring support.

So far, only one ordained minister has done a session at Johns Hopkins.

“We first need to see if these religious professionals experience the same effects we’ve seen otherwise. I think we can make a good guess that yes, they will,” Griffiths said.

“Then, if so, how does this experience affect their engagement with their vocation? Clergy burnout is a very real and common phenomenon,” he added. “They may feel burdened with administrative responsibility and may be losing some of the inspiration that brought them into the ministry in the first place.

“What I would most hope to see is that this kind of experience would resonate with the reasons they were initially drawn into the ministry and empower them to engage with their congregation in renewed and exciting ways,” Griffiths said.

The researchers at Johns Hopkins and NYU hope to find clergy with no prior exposure to  classic hallucinogens such as LSD, mescaline and psilocybin. Participants need to be in full-time ministry without likelihood of disruption over the next year.

“We don’t want someone about to go on sabbatical because what we are really looking for are the aftereffects,” Griffiths explained. “How are they viewing that experience a year later? How is it affecting their relationship with their congregations or their sermons? Are they more engaged or less engaged?”

Griffiths’ new round of research builds on an early study he led giving psilocybin to 36 “hallucinogenic-naive” adults. Fourteen months after their psychedelic sessions, well over half of those volunteers said the psilocybin trip was among the five most personally meaningful (58 percent) and spiritually significant (67 percent) events of their lives.

The new work with clergy and psilocybin harks back to a famous study by a Harvard researcher in 1962 called the “Good Friday Experiment.”

During an Easter-season worship service, 10 seminary students were given psilocybin and 10 received a placebo drug, in order to compare the nature and extent of whatever mystical experiences they had during the liturgy.

One of the seminarians who got the psilocybin, the Rev. Mike Young, went on to a 50-year vocation as a Unitarian-Universalist minister in California, Hawaii and Florida.

Young said it took more than a year for him to understand and appreciate the effect his psychedelic journey had on his life and ministry.

“What the psilocybin did for me was reframe what I thought mystical experience was all about,” he said. “I expected it to involve the basic symbols and language of religion, but it had more to do with the garbage that was going on inside me at the time. It reframed my values and perceptions.”

It also helped inspire him to work in the 1960s and 1970s with young people who had drug problems, and later with social justice and interfaith ministries.

“For me, there was a leap in imagination that saw that the same human experience lies at the back of all religious images and stories,” Young said. “It opened me up and allowed me to go beyond narrow sectarian notions, including those I was identifying with at the time.”

More than a half-century later, Young is not surprised that Griffiths is having trouble finding clergy to volunteer for his research project.

“It’s still the kind of thing clergy are scared to death to get close to,”  he said. “We’ve portrayed drugs as demonic for so many decades. … It’s still toxic.”

Private funding for the studies of religious leaders and longtime meditators is being provided, respectively, by the California-based Council on Spiritual Practices and the Heffter Research Institute in Santa Fe, N.M. Both are nonprofit organizations that are funding a new wave of research into the use of otherwise-outlawed psychedelic drugs to promote psychological healing and spiritual integration. The new research has been approved by federal regulators and the review boards at NYU and Johns Hopkins.

Bill Richards, a veteran psychedelic therapist working with the team at Johns Hopkins, did LSD research with alcoholics and depressed cancer patients in the mid-1960s and early 1970s, before the government put an end to the first wave of psychedelic science, a field of inquiry that has re-emerged over the past decade.

“Profoundly spiritual alternate states of consciousness, often called revelations, are touchstones in the histories of most world religions, and may even be found in their very origins,” he said. “There’s Moses and the burning bush, Isaiah’s temple vision, the vision on the road to Damascus that transformed Saul of Tarsus into St. Paul.

“We now know that such sacred experiences also can be occasioned with a high degree of reliability in many people with psychedelic substances when they are wisely administered,” said Richards, author of the new book “Sacred Knowledge: Psychedelics and Religious Experiences,” published by Columbia University Press.

READ: Texas teen arrested over clock is moving to Qatar with his family

Richards said it’s ironic but perhaps not surprising that clergy would be hesitant to go off on a mystical mushroom ride. 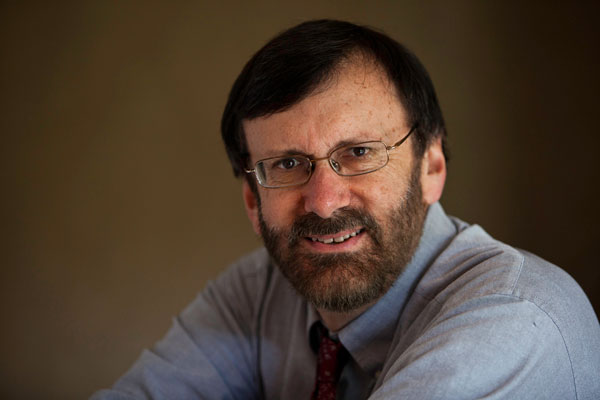 Don Lattin is the author of five books, including “The Harvard Psychedelic Club” and “Distilled Spirits.” Photo courtesy of Don Lattin

“Could it be that a factor is fear of encountering what the theologian Paul Tillich called ‘the really real God’? ‘Revelatory experiences may have been fine for Isaiah and St. Paul, but for me?’ ”

Stephen Warres, a semiretired psychiatrist who has practiced Zen meditation for 30 years, is one of the 18 subjects who has volunteered so far for the Johns Hopkins study of longtime meditators.

Warres, who never tried psychedelic drugs when he was in college back in the 1960s, found his recent psilocybin session to be “quite an ecstatic experience.” The music was “unbearably beautiful.” He felt, paradoxically, like he was “in a vast void that was completely filled.”

“It was a wake-up call,” he said. “I had the sense I had been passing roses and people and trees and all kind of stuff all my life without really looking and really connecting. I saw that I have the opportunity to have more intense and beautiful connections to everything in my life.”

(Don Lattin is the author of five books, including “The Harvard Psychedelic Club” and “Distilled Spirits.”) 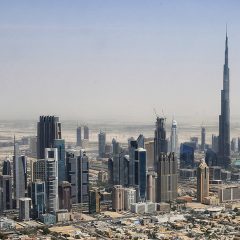 News
In the heart of the Middle East, a fledgling synagogue gets a rabbi 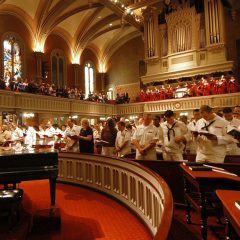 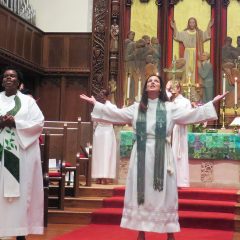 Christianity
Losing their religion: Younger adults are less religious, and not only in the US
Follow us on Facebook!
Submit your photos to RNS