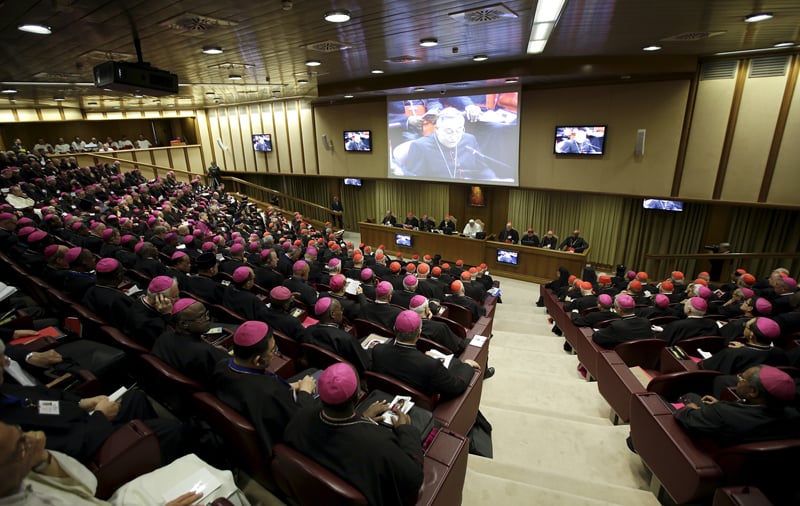 VATICAN CITY (RNS) The rows of seats in the synod hall, where Catholic bishops are meeting to discuss family issues, are filled with bishops and cardinals — all male. To find any women, look to the back of the room.

The women’s distance from the heart of the synod hall reflects fears raised by women’s groups that their participation is a mere token on the Vatican’s part.

There are 270 bishops and cardinals participating in the synod and voting on its outcome. A number of other participants, including lay couples and representatives from other churches, have been invited to give their opinions but will not be able to make decisions on the final text. That includes more than two dozen women who have been called to present their views.

Speaking on behalf of more than 8 million women who are members of the Catholic Women Organization of Nigeria, its president, Agnes Offiong Erogunaye, said the synod’s working document made little reference to the role of women.

She described women as “a strong force to be reckoned with when it comes to spirituality and economy, growth in the church,” and she urged bishops to support and encourage Catholic women’s organizations in Africa.

Sharron Cole, president of Parents Centres New Zealand, said bishops lacked understanding in a host of areas affecting Catholic people’s lives. She criticized churchmen for their lack of understanding of contraception and said their lack of expertise on sexuality was evident in their response to clerical sexual abuse.

A new approach is needed, Cole said: “The time is now for this synod to propose that the church re-examine its teaching on marriage and sexuality, and its understanding of responsible parenthood, in a dialogue of laity and bishops together.”

Offering another perspective was Maria Harries, chair of Catholic Social Services Australia, who quoted an aboriginal leader on the lack of female participation in the church.

“By not having women visible on the altar and in the life of our church, we are concealing our mothers, our sisters and our daughters from view,” she said.

Her view was backed by U.S. Sister Maureen Kelleher.

“I ask our church leaders to recognize how many women who feel called to be in service of the Kingdom of God cannot find a place in our church,” she said. “Gifted though some may be, they cannot bring their talents to the tables of decision-making and pastoral planning.”

Although such statements may appear to be a sign that women from around the world are getting their points across to bishops, Kelleher has said her view was not taken seriously in her discussion group.

There are “times that I have felt the condescension so heavy, you could cut it with a knife,” she told National Catholic Reporter. “Some of it is, ‘Oh, here comes the bleeding heart. Well, she’s a woman; what else would you expect?’ kind of thing,” Kelleher added.

Deborah Rose-Milavec, executive director of FutureChurch, a group that campaigns for broader participation in church life, lamented the way Kelleher has been treated: “There are so few women, but then to hear that when they were in the group dynamic they felt demeaned.”

Despite women being “vastly underrepresented” at the synod, Rose-Milavec said she thought there was “some enlightenment going on.”

The extent to which the women’s words have had an impact on bishops will become known on Saturday (Oct. 24), she said, when the synod’s final document is produced.

Going forward, Rose-Milavec said, the structure of a synod on the family should be changed to allow women to tell their stories and play a more active role:

“The hope would be that the synod process would be vastly changed in order to have lay input,” she added, “not to just create decision-making roles from one demographic, but to really create a way for those who are not ordained.” Faith
More Catholic than the pope 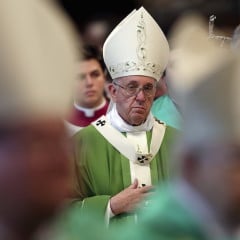 Arts & Culture
Who won? Who lost? 5 points on the contentious Vatican summit 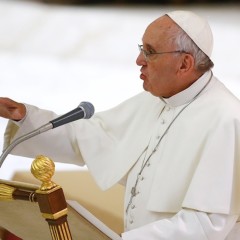 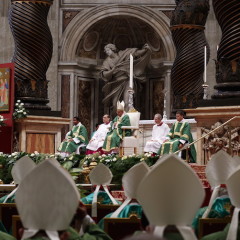 Arts & Culture
Vatican synod’s ‘war of words’ will have real-life consequences
Follow us on Facebook!
Submit your photos to RNS