When Roberts, editor at large for the National Catholic Reporter, went to interview her three years ago in Erie, Pa., at the community where she entered religious life at age 16, a secret she’s held for a lifetime came to light. 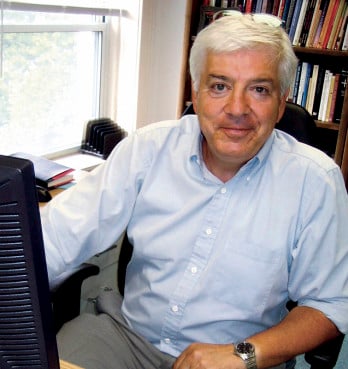 In the peculiar journalism tradition of preparing obituaries of prominent people while they’re still alive, Roberts was there to update an obituary on Sister Joan.

As they sat to talk, she leaned forward, blue eyes downcast, voice slow, and poured out a story she had never told anyone before about her early life as a terrified child of an abused woman, trapped by her husband, her church and her society.

Suddenly, instead of an updated obituary, Roberts was hearing a new story — the forces that shaped one of U.S. Catholicism’s most influential voices. That conversation begins the biography by Roberts published this month, “Joan Chittister: Her Journey from Certainty to Faith.” 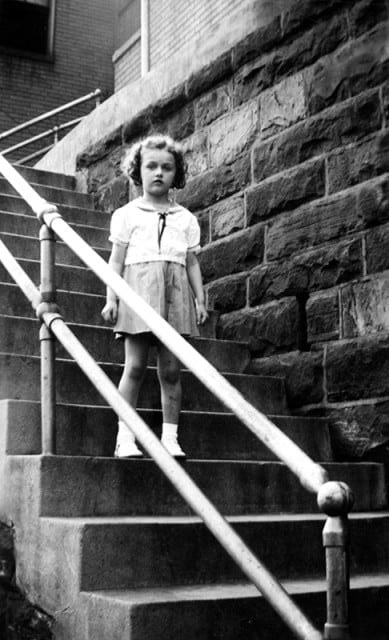 She told Roberts “it’s time” she opened the hidden door to her early life because both her valiant, devoutly Catholic mother and her abusive, alcoholic stepfather had died. She was free to speak of a childhood of poverty, insecurity and “ceaseless fear.”

But Chittister — now 79 and very much alive, thank you — has another reason why the time has come.

“All my professional life, I have spoken my heart out for the role of women all over the world. It’s a theological thing, a deeply moral thing, the determining issue for the integrity of the church and the advancement of any state,” she told Religion News Service in an interview about the book.

“It’s time to acknowledge that this material is not just theological and rhetorical. It’s real. I’m not just talking from compassion, from a world I don’t know anything about. I’m talking about myself — and all social classes, all kinds of people,”

“I saw it as maybe my last major presentation on behalf of women who are trapped by circumstances of religion, law, custom and culture,” said Chittister.

In the book and in interviews, she tells of joining the Erie Benedictine community “not as a refuge or escape from life, but for the kind of life I thought was possible — a Christian community as a model of peace.”

Little did she — or her sisters — know. 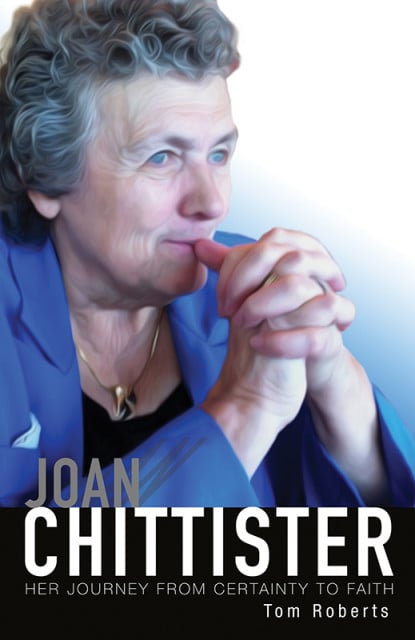 It started simply. Within months of moving from the upheaval of her parents’ home to the Benedictine community house, Chittister was struck with polio. The same relentless determination and fierce focus that helped her survive her family, strengthened her through years of therapy until she could walk again.

She took her veiled final vows and became a teacher while studying for her undergraduate and graduate university degrees on nights and weekends.

Roberts described those years as a time when Catholics were certain their church had all the answers — until many, like Chittister, discovered it did not. That’s why the book is subtitled “Her Journey from Certainty to Faith.”

Then came the ’60s and the Second Vatican Council reforms that gave a fresh charge to women religious (as nuns and sisters are known) to find new ways to live out their calling. Chittister moved into two decades of leadership roles within her community, her order, and the Leadership Council of Women Religious, the group that represents about 80 percent of U.S. Catholic sisters. During a decade of upheaval, she traveled the nation giving talks with titles such as “Self-understanding through change.”

And change they did. The Erie Benedictine community transformed from a teaching order to a social justice force with education, workforce training and child development programs in the poorest corners of Erie. Her explanation of how this happened was deceptively simple: “I didn’t start anything. I allowed our sisters to start what needs to be done.”

Through every step, Chittister told Roberts, the Rule of St. Benedict guided her. It begins with a command to “listen” — to each other and to those they served. 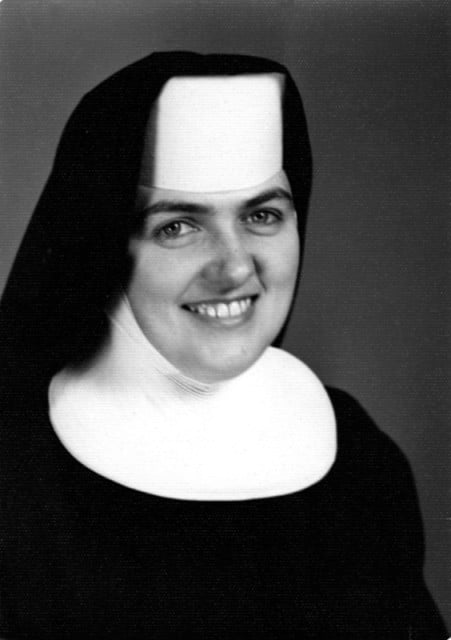 “Listen” is the crux of the book, the crux of her life in a church that, she says, still refuses to listen to women.

“I came to feminism through faith,” Chittister told Roberts. And herein likes the central conflict of Chittister life in a church controlled by men who think they alone can define Jesus and God’s plan.

Roberts’ book walks readers through contemporary Catholic conversations on women’s ordination. The neat summary of the Vatican view is “No.” Not only “no” but, as pope after pope has said, the subject is closed.

In 2001, the Vatican forbade her to speak on discipleship at a women’s ordination conference in Ireland. Chittister spoke anyway.

“You cannot order Catholics not to think,” she said in an interview recalling that confrontation with church authority. “I remember thinking then, ‘You can’t scare me. You have no idea where I’ve been.’”

For Chittister, the role of women raises “theological, scientific, sociological and human questions that you cannot stop thinking about. You have to open the door to the conversation in the name of the integrity of your theology.”

But even these conversations yielded yet another surprise for Roberts — “how much of a traditionalist she is.

“Because she has the label of dissenter and maverick, you think she would be wildly innovative and experimental, but what I found out is that she is so respectful of tradition that she approaches change slowly, and with enormous intellect,” he said. Today, said Roberts, Pope Francis has been calling for a deeper theology of women, and women such as Chittister are saying, back to him, “It’s done already! Stop telling us who we should be. Let us tell YOU who we are!”

Women’s ordination has never been her focus, Roberts writes and Chittister confirms. Other issues take precedence for her: education; economic opportunity; health care; civil rights and the right to self-determination. For the past 20 years she’s been writing, speaking and traveling to places of conflict with the Global Peace Initiative of Women, including days in Iran during the nuclear pact negotiations.

Even that is not enough, to her mind. 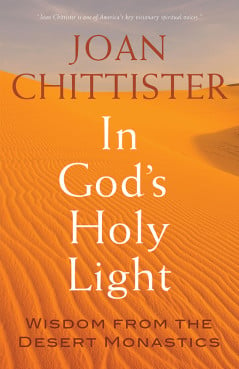 READ: Do science and religion conflict? It’s all in how you ‘see’ it

There are more books. Published in October: “In God’s Holy Light: Wisdom from the Desert Monastics” and “Two Dogs and a Parrot: What Our Animal Friends Can Teach Us About Life.”

She’s recently launched a new website, Monasteries of the Heart.org, to offer Benedictine spirituality and online community to people who may never reach a church.

And Chittister, once a lonely only child in an isolated family, has one more ministry. She writes thousands and thousands of letters, answering the people who write to her.

“I see my sisters do the most beautiful things every day of their lives. I never hear them complain,” said Chittister. “I said to myself, ‘What do I do?’ And this is what I can do.”