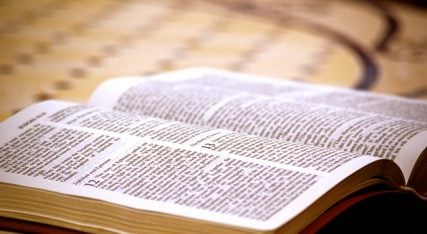 (Reuters) A federal appeals court said police violated the free speech rights of Christian evangelists by telling them to leave a June 2012 Arab-American festival in Dearborn, Mich., after an angry crowd began pelting them with bottles, eggs and other objects.

By an 8-7 vote, the entire 6th U.S. Circuit Court of Appeals on Wednesday (Oct. 28) said Wayne County and two deputy police chiefs were civilly liable to members of Bible Believers for violating their First Amendment rights.

The case now returns to a federal district judge to award damages and attorney’s fees.

Bible Believers is known for signs and messages that communicate what the Cincinnati-based appeals court called “overtly” anti-Muslim sentiments.

READ: Bishop Michael Curry’s vision: A world transformed by the love of God

Its members sued after police escorted them from the Arab International Festival in Dearborn when they appeared with a severed pig’s head and began preaching.

A federal judge dismissed the lawsuit in 2013, and a divided three-judge 6th Circuit panel upheld that ruling in 2014. Wednesday’s decision reversed those holdings. It is rare for an entire federal appeals court to hear a case.

Writing for the majority, Circuit Judge Eric Clay said it is “easy to understand Dearborn’s desire to host a joyous festival celebrating the city’s Arab heritage,” but that officials went too far in suppressing the plaintiffs’ “disagreeable” speech.

Wayne County “effectuated a constitutionally impermissible heckler’s veto by allowing an angry mob of riotous adolescents to dictate what religious beliefs and opinions could and could not be expressed,” he wrote. “This, the Constitution simply does not allow.”

Lawyers for the county did not immediately respond to requests for comment.

“We’re very pleased, and all freedom-loving Americans who enjoy the protections of the First Amendment should be pleased,” said Robert Muise, senior counsel for the American Freedom Law Center, who represented Bible Believers, in a phone interview. “Violence cannot be used to suppress speech that the listener dislikes, and the job of the police is to protect the speaker.”

Circuit Judge John Rogers, one of the dissenters, said it was “practical and reasonable” for police to act as they did to help stop the violence. “There may have been much better ways for the police to handle this situation, but there was no First Amendment violation,” he wrote. 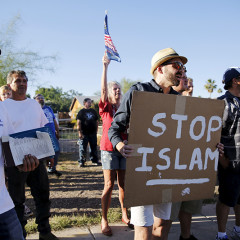 Arts & Culture
We have a right to pigheaded ideas. Now what should we do? (COMMENTARY)