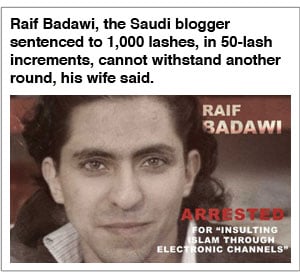 Raif Badawi, who has been sentenced to 1,000 lashes and 10 years in jail for insulting Islam and for cyber crime, was awarded the European Union’s prize for human rights and freedom of thought on Thursday (Oct. 29).

Badawi received the first of his 50 lashes in January, prompting strong criticism in Western countries of the kingdom’s human rights record, including its restrictive laws on political and religious expression and the status of Saudi women.

This month in London, he was given the International Writer of Courage award and was co-recipient of the PEN Pinter Prize.

Saudi Arabia’s ambassador in London on Monday (Oct. 26) threatened “potentially serious repercussions” for its ties with Britain unless a more respectful discourse developed.

READ: The ‘Splainer: Why is the Halloween witch mean and green?

British lawmaker Syed Kamall, a member of the European assembly who nominated Badawi for the EU prize, said, “Saudi Arabia can lock up the man and they can lash him, but they will only strengthen amongst his countrymen the yearning for free speech and debate that he stands for.”

A Jeddah court handed Badawi his sentence in 2012 after he criticized the Saudi clergy in a blog and called for changes in the way religion is practiced in Saudi Arabia.

Saudi Arabia, which follows the strict Wahhabi form of Islam, does not permit the public worship of other faiths or allow them to maintain places of worship inside the country. In a new law last year, it included atheism as a terrorist offense.

Named in honor of Soviet scientist and dissident Andrei Sakharov, Badawi’s latest prize has been awarded by the European Parliament annually since 1988. The first recipients were Nelson Mandela and Russian author and dissident Anatoly Marchenko. 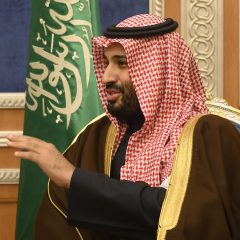 Islam
Pilgrims arrive in Mecca for downsized hajj amid pandemic 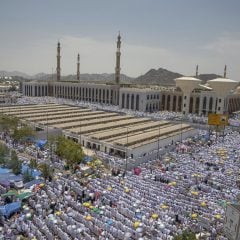 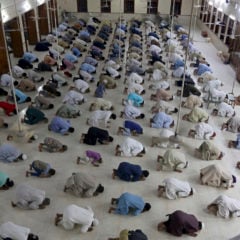