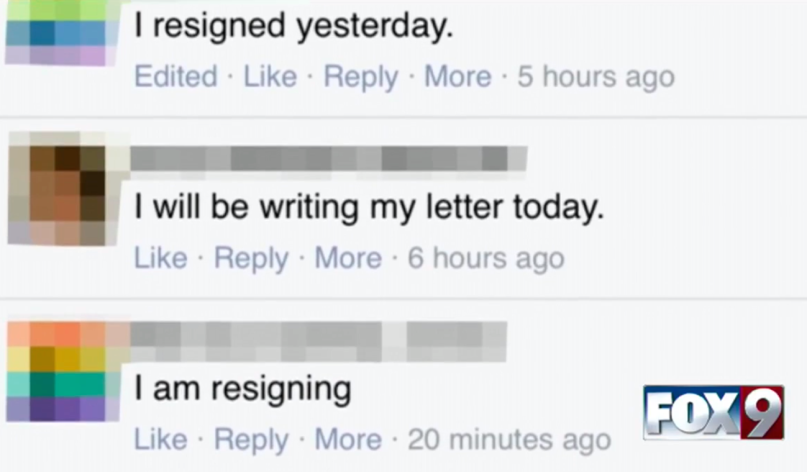 Every day this week, I have logged on to social media and seen people announce that they’re resigning their membership in the LDS Church, or at least thinking about it.

In some cases, these defections have not been surprising — people who have been inactive for a long time but allowed their names to remain on the official rolls either from inertia or because they didn’t want to upset their families.

Now that the Church has changed its policy on LGBT members and their families, classifying anyone in a same-sex relationship as “apostate” and barring their children from the rites of baptism, ordination, and mission service, these inactive Mormons have been galvanized into cutting the cord once and for all.

But in a surprising number of other cases it has not been people I expected. Some of them have been very active in the Church and have testimonies of its basic principles. Last week they were fully engaged, and now they are leaving.

How many people are we talking about?

“Mass exodus” is likely an exaggeration. One fact we do know is that in Salt Lake City, an attorney who has offered to facilitate church members’ resignations for free has been flooded with requests and expects to be filling 1,400 of them. Just for his practice, in just that one city.

We also know that the LDS Church Mass Resignation Facebook group shows that 1,100 people have declared their intention to attend its event tomorrow afternoon at City Creek Park in Salt Lake.

It’s not a stretch to imagine that a few thousand people will officially resign from Mormonism in the coming weeks because of this change in policy — and that far more will simply stop attending and quietly drift away, like the Oregon family I profiled earlier this week. Because their son is no longer eligible for his priesthood ordination, the entire family is stepping away from the Church, even though they do not at this time plan to officially resign.

And that’s just what’s going to happen in the short term. The bigger problem for the LDS Church is the much larger number of people who are staying, but without the assurance we might have had before that everything is well in Zion. Many of us are shaken and bruised.

It’s not just progressive Mormons, either. This week I have heard from TBMs (“true blue,” or conservative, Mormons) who are upset that the new policy seems to target children for things that are not their fault. Those people may agree with the line that’s being drawn in the sand about LGBT adults and their same-sex relationships, but they don’t approve of stigmatizing those members’ minor children.

I have heard that last Sunday in one ward, a visiting stake president who defended the policy was bombarded with angry questions from stalwart members who did not agree. To say that public arguments with ecclesiastical leaders don’t normally happen in LDS church meetings is an understatement. These are unusual times.

And I have heard that even as conservative Mormons are holding fast despite their own misgivings, their young adult children are disgusted. Since people in their twenties are far more likely to approve of same-sex marriage and homosexuality than people in their fifties and older, the policy’s fallout will be reverberating years from now as today’s Millennial generation looks back on this as a watershed moment, a breach of trust.

I want to make clear that I despise this new policy. It is not only misguided; it feels cruel.

But I am not leaving the church over it.

I am staying, not because I am naïve about institutions, but because I am cynical about them. And that cynicism has been my salvation during the 22 years I have been a Mormon.

I do not expect my church to be perfect. I expect, rather, that the institution will be most concerned with acting in ways that will further itself as an institution. It’s what institutions do.

But the church is so much bigger, so much more, than an institution. So when I say the church is not perfect, please be assured that I’m not holding to some facile rhetoric of “The church is perfect, but it is run by flawed individuals!”

No, the church is not perfect, and never has been. The church is those flawed individuals. It is us. There is no magical institution outside of ourselves, no foundation that we get the luxury of imagining we do not pour.

And so whenever we say things like “the church is tainted” or “the church is wrong,” we need to know that what we are actually saying is, “we are tainted” and “we are wrong.”

I understand the impulse to leave, and for many it is unquestionably the right decision. There are some people, including many LGBT Mormons, for whom the church has become such a toxic place that they need to stop coming in order to preserve their own mental health and their children’s self-esteem. I’m often amazed that they have had the courage and dignity to stick around as long as they have.

But those of us who are not directly affected by this policy and would only be leaving because of overall fatigue and the pain of guilt by association have the opportunity to change the institution — which is, once again, us at the end of the day — by staying inside it. By raising our voices and calling attention to those who are hurting, and by being vocal in our praise when something is of good report.

What has bothered me most about this week’s leavetakings is the pervasive language of purity and contamination. Some of the people who are leaving say they must go because they have been tainted by association. They cannot be seen as being in compliance with this new policy.

The problem is that this is exactly the same logic that appears to be motivating the leaders of the church: to have purity at all costs. When we are compelled by a drive for purity rather then a mission to love and to be inclusive of others — including those who disagree with us — we easily fall prey to separating ourselves from them, even demonizing them.

I am reminded of Roger Williams, whose desire for purity and an untainted church led his circle to grow ever smaller, so that at one point in his tumultuous career as a religious leader he was able to take communion only with his wife. Everyone else had fallen short of his impossible standards. They became a church of two.

Williams eventually changed his mind, and I pray we will too. I hope we will realize that whenever we point a finger at “the church,” we are also pointing it at ourselves.