(RNS) I just did something I thought I would never do. I resigned my membership in the Church of Jesus Christ of Latter-day Saints (the Mormons) and asked that my name be removed from the records.

Even at the height of church involvement in the passage of Proposition 8 in California, I never seriously considered removing my name. It just didn’t matter that much to me. Spiritually and emotionally, I left the church I grew up in decades ago. And despite being a “known gay activist” to the church, I was never excommunicated, so my name remained on the church rolls as a member. Not anymore.

On Thursday (Nov. 5), it was revealed that the church issued policy changes to “Handbook 1,” the guide for its lay leadership. Under the changes, same-sex couples who marry are apostates and are unwelcome in church congregations. Going further, the new policy states that the children of same-sex couples cannot be baptized in the church until they are 18 and then only if they disavow their parents. It was the gratuitously cruel and stigmatizing treatment of children that pushed me to disavow the church of my childhood. It is impossible for me to be a part of a religion that would attack its own members and punish them by denying their children involvement in the church. The move is as clever as it is draconian. Members seeking to live lives of integrity as openly LGBT people must not only leave the church, but take their children with them. It requires a particular streak of evil genius to manufacture such a “Sophie’s choice.” 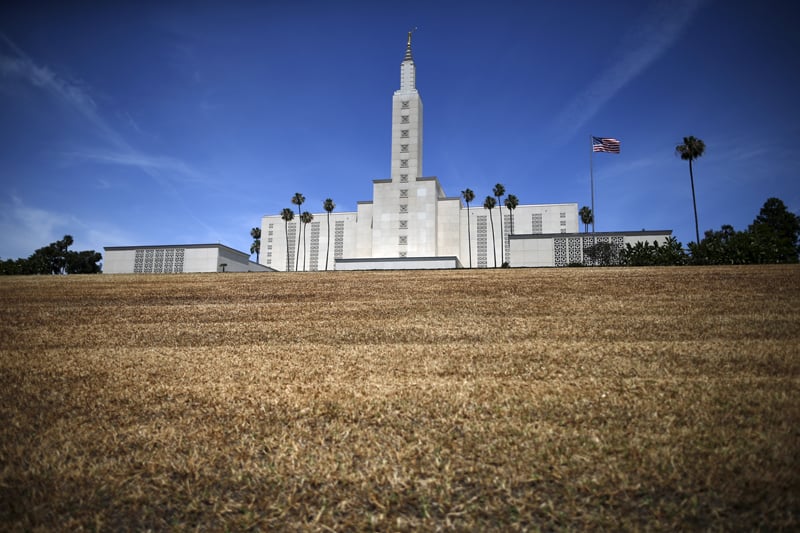 The Church of Jesus Christ of Latter-day Saints temple in Los Angeles is seen with a brown lawn, which church officials have not watered because of the drought, on May 11, 2015. Photo courtesy of REUTERS/Lucy Nicholson
*Editors: This photo may only be repblished with RNS-KENDELL-COLUMN, originally transmitted on Nov. 10, 2015.

The supposed justification for these policy changes is to make clear that the church does not support marriage for same-sex couples and to assure that the church isn’t forced to perform such ceremonies. No one ever assumed otherwise. The church has long condemned LGBT people. Its opposition to marriage equality is voluminously documented. And no less authority than the First Amendment to the U.S. Constitution guarantees that the church will never be forced to perform or recognize any marriage it objects to.

No one was seriously seeking or expecting a change in church doctrine, so something more disturbing must be happening. The church has just lurched to the extreme margins, far from its core values of love, toleration and mutual respect.

In the wake of the Mormon church’s active involvement in 2008 in passing Prop 8, which eliminated the right of same-sex couples to marry in California, legions of faithful Mormons left the church or expressed profound sadness at its unprecedented involvement in pushing Prop 8. Up until Prop 8, the church avoided explicit ballot measure battles, preferring to undermine LGBT equality quietly and behind the scenes. After Prop 8, the church was demonized and widely criticized, and its reputation as a loving, family-centered and kind religion suffered.

Since then it has been clear to me that many within the church sought to moderate its stance on LGBT issues. The church launched a website and materials encouraging parents to embrace and support their LGBT children, and it supported a bill in Utah to expand employment and housing protections. In the wake of the U.S. Supreme Court’s June decision recognizing the right of same-sex couples to marry, church officials were muted in response and suggested that this was now the law of the land and should be followed.

Two months ago, when I attended a conference in Utah sponsored by Affirmation, a support organization for LGBT Mormons and friends and family, I met many non-gay Mormon officials who supported their LGBT congregants. I met a lesbian couple from Seattle who are married and who attend services with the blessing of their Mormon bishop. It was a happy conference, and there was a clear sense that the Mormon church had softened its positions toward LGBT members while still holding fast to its core doctrine opposing recognition of same-sex marriages. 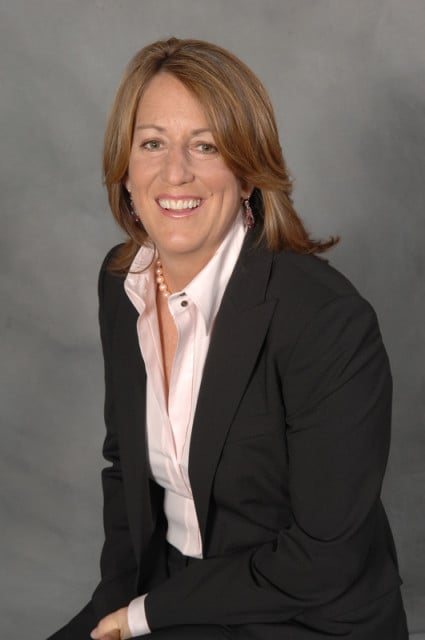 Kate Kendell is executive director of the National Center for Lesbian Rights and a Public Voices Fellow of the Op-Ed Project. Photo courtesy of Kate Kendell

Against that backdrop comes this repugnant and deeply stigmatizing pronouncement. I can’t help but think how crushing this news is to everyone who had begun to believe that they could both love their church and love themselves or their LGBT family. I can’t help but think about that lesbian couple in Seattle and their bishop, who tried to do the right thing and now must turn this couple away. The consequence of these policy changes is emotional carnage to individuals and families who simply wish to live as their authentic selves and remain part of a religion they love, but which does not deserve them.

My sister, who is a devout Mormon but who also loves me unconditionally, was one of the first to reach out to me when the news hit. In a text she wrote: “I’ve been very sad all day since I heard of the Church’s pronouncement on the children of same-sex marriages. I feel like we are going backward when I thought we were moving forward slowly.”

My sister’s response echoes the reaction of thousands of faithful Mormons. My mom, who died in 2003, would have been one of them. When I would ask her how she reconciled her faith, which condemned me, and her love for me, she would say, “God gave me you and my testimony. I know my job is to love both. He’ll figure out the rest.”

(Kate Kendell is executive director of the National Center for Lesbian Rights and a Public Voices Fellow of the Op-Ed Project.)